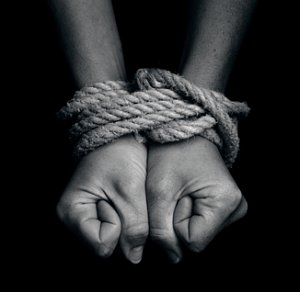 As the UK’s Modern Slavery Act’s reporting rules come into effect, companies that lack transparency risk being the next campaign targets

A significant date is looming in the fight against modern slavery. From 31 March 2016, companies with financial years ending on or after that date must, within six months, publish a slavery and human trafficking statement on their website, in line with the UK Modern Slavery Act 2015.

It is one of the first such obligations worldwide – but they are becoming increasingly prevalent. It is similar to – and drew inspiration from – the California Transparency in Supply Chains Act, which took effect at the start of 2012.
Comparable obligations are also due to come into force across the European Union, via the EU Non-Financial Reporting Directive, which will oblige large listed companies to make various disclosures, including on human rights. A consultation on reporting under the directive is presently open.
Imports blocked

New reporting obligations are also being accompanied by measures to close markets for goods produced on the back of slavery. The United States, for example, tightened up its Trade Facilitation and Trade Enforcement Act in February in order to block suspicious imports more effectively.
The UK obligation has a wide scope. It will capture all companies with a worldwide turnover of £36m or more and that have a “demonstrable” presence in the UK.
The reporting obligation will thus cover many non-British companies, even if their UK operations are a relatively small part of their global operations. For example, a foreign company with an international turnover of £250m would be required to report under the act, if £25m of income is contributed by a UK subsidiary..

Over the past year, business has generally welcomed the act. The business group CBI and the trade unions body TUC have both been supportive since jointly welcoming the act in 2015 as sending a “clear message” that forced labour and trafficking would not be tolerated in the UK.
Lacking teeth?

Companies too have supported the rules – though, those that had been working hard on improving their social impacts, such as Primark, Unilever and others, have pointed out that the act only put into law what they were already doing or that they were already exceeding the act’s requirements.

Some have accused the act of lacking real teeth. The reporting obligation will be backed up with relatively little enforcement clout. The worst sanction that non-compliant companies could face would be a court order telling them to publish a statement.

For business, though, the main product of the obligation is likely to be ammunition for campaigners, which will be able to see and publicise which companies do and which don’t comply, and compare their statements.

The three main points that watchdogs will look for are that anti-slavery statements should cover what companies have done to eradicate forced labour and human trafficking in their own and their suppliers’ operations; they should be clearly findable from the home page of companies’ websites; and they should be signed by a director.
Early movers
The London-based Business & Human Rights Resource Centre has started to collate company anti-slavery standards. Some “early mover” companies have already published statements and “it’s positive that they’ve released statements before they need to”, the Business & Human Rights Resource Centre says.

Companies ahead of the curve include glassmakers Saint-Gobain, car-parts suppliers Halfords and Imperial Tobacco, according to the Business & Human Rights Resource Centre preliminary round-up of statements.

The centre emphasises that its collection of statements is still under development. In fact, talks are under way about setting up a more formal repository. Rachel Stalker of CORE, the UK civil society coalition on corporate accountability, says that the UK government is pushing for such a repository, and businesses and NGOs are equally keen.
As Stalker points out, there is a “big gap between publication and the content of that being useful”. But such a system would help separate compliant from non-compliant companies, be a research resource on modern slavery and help companies learn from each other to improve the quality of their declarations and identify gaps.