Some answers to the deforestation questions 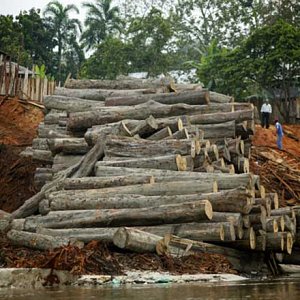 Logging's been in the spotlight

While business needs help to tackle deforestation risks, when there is cooperation and a multistakeholder approach, thoughtful solutions can be found, says Ian Welsh

Deforestation is a catastrophe. We all know this – and the numbers are compelling.
A Chatham House report in late 2013 put the net loss of forest area from natural causes or conversion to other uses at an average rate of 5.2m hectares a year from 2001-10. Agricultural expansion is, the report says, the most significant driver of deforestation, accounting for up to 80% in some regions. Pasture and feed-crops for cattle, and the mega commodity crops such as soy, maize, palm oil, rice and sugar cane are those most closely associated with deforestation.
Logging, and specifically illegal logging, remains a major concern – though it has been the target of intense activist campaigning and, more recently, a raft of regulation in timber producing and consuming countries. While more than 100m cubic metres of illegal timber are harvested annually, the total amounts are falling, according to Chatham House. That said, the problem remains significant.
In recent years a principal focus for anti-deforestation campaigners has been southeast Asia, and particularly Indonesia and Malaysia. The latter now has the world’s highest deforestation rates, having lost 14.4% of its forests between 2000 and 2012, Mongabay.com reports.