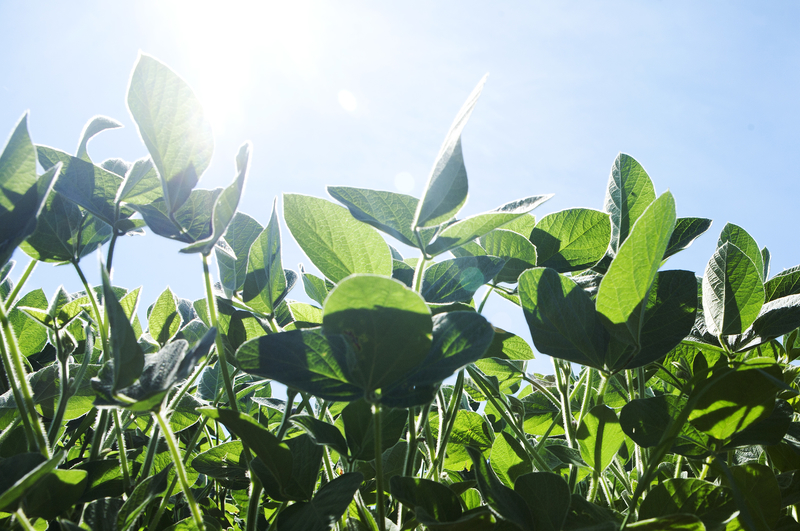 While campaigning groups continue to ask questions of the soy sector, there are no easy answers and, with growing demand, the route to sustainable deforestation-free sourcing remains complex

The media spotlight provided by this summer’s Amazon fires has refocused attention on the links between global commodity supply chains and the destruction of ecosystems. And soy remains South America’s most-traded agricultural commodity, with its own share of supply chain risk.

Over the past decade, soy farming has been associated with significant biodiversity loss across Brazil, Argentina, Bolivia and Paraguay. Between 2006 and 2017, 220,000 square kilometres of land in the Amazon and Cerrado biomes alone were cleared, according to the Brazilian government’s satellite monitoring system, Prodes. The Stockholm Environment Institute’s Trase platform says that 10% of that land was then used to grow soy. The scale of the tree loss as a result of expanding soy production in the region released 210m tonnes of carbon dioxide equivalent emissions (CO2e).

Several political and economic factors are exacerbating the situation. The United States’ ongoing trade war with China has resulted in Beijing placing a 5% tariff on US soybeans in retaliation for US levies on a range of Chinese imports. The US remains the world’s biggest soy grower with 125m tonnes in 2018 just ahead of Brazil’s 115m tonnes.

The tariffs have led to soy-hungry China looking to Brazil to satisfy demand, putting inevitable pressure on land use. Trase data points to a potential trade-war-induced jump in soy-related deforestation of 460 square kilometres in 2019 alone.

Brazil’s president, Jair Bolsonaro, has a well-documented ambivalent attitude towards environmental protection. And, according to Glenn Hurowitz, CEO of Mighty Earth, “outlaw soy producers are attempting to take advantage of [his] love affair with deforestation to expand into previous off-limits areas.”

Cargill, Bunge and ADM were the three biggest soy exporters from the Cerrado in 2017 when they collectively exported 13m tonnes – the production of which was associated with the clearance of 168,000 hectares of Cerrado vegetation. And while some campaign groups round on retail brands – including fast food chains and supermarkets, such as McDonald’s and Tesco – Mighty Earth continues to single out Cargill, the world’s largest trader of soy from Brazil, for attack. The group notoriously referred to the company as the “worst company in the world” in a recent report.

Hurowitz says that it’s not enough “to politely call” on companies, such as Cargill, to act. “You have to put commercial force behind those calls to have a chance of driving change.”

In response, Nick Martell-Bundock, senior director for corporate responsibility and sustainable development at Cargill, says that the company accepts it has a responsibility to end deforestation in its supply chains, a position, he argues, that “has never wavered”. The point of disagreement with Mighty Earth’s position is how to stop biome destruction, specifically in the Cerrado, he says.

Pointing to progress in other sectors as evidence, campaigners argue that consumer brands are well placed to stop deforestation from soy. The pressure exerted by companies in the palm oil sector, for example, has cut related deforestation from 1m hectares annually, to less than 200,000 hectares in 2018.

But is the soy sector similarly engaged? Ignacio Gavilan, director for environmental sustainability at the Consumer Goods Forum, says there is growing traction and interest in the CGF working group on soy which only had “half a dozen” companies in 2016. “Now, many retailers and manufacturers are keen to improve their traceability and the overall procurement of responsible commodities,” he says.

In fact, a number of initiatives have become established. Earlier this year, through the World Business Council for Sustainable Development’s soft commodities forum, six of the major soy traders – including Bunge, Cargill, Cofco International and Louis Dreyfus – pledged to “monitor and report” their soy purchases from 25 designated high risk areas of the Cerrado. The first of the reports were published in June. Other players, such as the Brazilian Soy Traders Association, are also making progress in encouraging commitments and pledges to halt clearance in the Cerrado.

Discussion has continued around trying to replicate the undoubted success of the Amazon Soy Moratorium in the Cerrado. Indeed, the fact that traders stopped buying soy from deforested Amazon lands has increased the pressure on farmers expanding their Cerrado operations. In 2016 a Cerrado Working Group was established, and then in 2017 the Cerrado Manifesto was established by NGOs and local groups, and supported by some retailers including McDonald’s and Walmart. And a new study that analyses the latest remote sensing data suggests that extending a moratorium to the Cerrado would prevent 3.6m hectares of natural vegetation clearance for soy production.

Cargill has been a high profile dissenter, however, arguing that the manifesto, leading to a moratorium, is not the answer for the Cerrado. Martell-Bundock says that a “sweeping moratorium” will not “address the social, economic and, ultimately, environmental issues unique to this area”. He argues that there is a risk that a moratorium “won’t solve the problem – it will simply move it”.

The company announced its new sustainable soy policy for South America in February 2019, with an action plan and risk assessment methodology published over the summer, alongside a $30m commitment to support innovation “that will help end deforestation in South America in ways that are economically viable for farmers”, Martell-Bundock says.

For its part Bunge says that it is committed to deforestation-free supply chains worldwide by 2025, taking into account both direct and indirect sourcing, and using science-based definitions to drive its commitments. Cofco International, China’s largest commodities trader, raised a $2.1bn sustainability-linked loan earlier this year from a consortium of 20 banks, which had a strict target relating to soy sourcing from Brazil.

As for other commodities, roundtable commitments and certification standards are part of the mix to tackle soy-related deforestation. The Roundtable on Responsible Soy is developing production standards and certification schemes. Wille says that standards in the soy sector “are essential” as they are “the only way to get near consensus on desired outcomes, best practices, priorities and pathways”. He says that “the RTRS has potential” while “lagging” behind the Roundtable on Sustainable Palm Oil.

The soy sector is characterised by also having regional roundtable bodies. In the UK, the Roundtable on Sustainable Soya (UKRTSS) has seen eight of the largest supermarkets, including Tesco and Asda, publish their plans as to how they will deliver sustainable soy to the market. They represent 83% of the UK soy import market, accounting for more than 1.2m tonnes a year. Of course, this amount is still relatively small – the UK uses just 2% of global soy production.

“Collaboration is key, given the small percentage of market share represented by individual countries,” says Rose McCulloch, a consultant with Efeca which facilitates the UKRTSS. She points to initiatives such as the Amsterdam Declaration Partnership and the wider EU commitment to protecting forests, as being crucial to accelerating action on sustainable soy.

A significant part of the solution will come from serious government intervention – not only in reinforcing and maintaining effective environmental protection laws but in translating carbon emission reductions into economic value for farming communities.

Brazil remains better positioned than any other nation in this regard, says Dan Nepstad, executive director of the Earth Innovation Institute. The ‘pay-for-performance’ contracts struck by Brazil with Norway and Germany, while currently on hold and in dispute because of the Amazon fires – the Balsonaro effect once again – are a good example of how value can be derived from zero-deforestation policies. “[These] contracts depend upon Brazil’s continued success in slowing deforestation – an outcome that will be hard to achieve if budget cuts to, and weakening of, critical law-enforcement agencies are maintained,” he says.

As the soy sector grapples with sustainability, there’s a growing sense that change will only come about by effective farmer engagement. Cargill’s Martell-Bundock says that, for the Cerrado, the right solution is “one that allows farmers to earn an living and feed their families while also protecting the land”.

It does come back to incentives and engaging farmers with the benefits of a more sustainable approach. Chris Wille argues that campaigns, corporate policies, boycotts and regulations can help, but only temporarily and in certain local geographies. “We won’t see a positive and permanent change in farming practices until the farmers decide that it’s in their best interest. If they remain unconvinced about the importance and benefits of sustainability, they will look for any chance to slash and burn.”