Sustainable drinks – how to reduce impacts and encourage responsibility 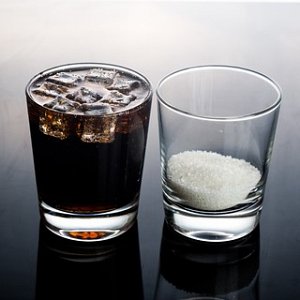 Sugar consumption in Indonesia growing by 5.7% each year

In our guide to some recent trends: why the drinks industry must address its footprints, what SABMiller and Heineken are doing about water use and how to engage consumers responsibly

The global beverage sector accounts for some 0.4% of global greenhouse gases (GHGs), according to the Beverage Industry Environmental Roundtable (BIER). In this context, and against the backdrop of the 2015 COP21 UN climate change talks in Paris, member companies of BIER – Carlsberg, Bacardi, Diageo and SABMiller among them – recently-published a Joint Commitment on Climate Change.

It states that the businesses recognise climate change to be “one of the greatest challenges facing the continued prosperity of society, particularly to those in emerging markets” and commits them to “continuing to do our part” to reduce GHGs, not only across their own operations, but also by driving action through their supply chains.

Central to this effort, says BIER, is reducing carbon, but there will also be a real focus on how companies can adapt to a changing climate by using water more responsibly – particularly among suppliers and agricultural producers.

In 2016, the organisation says, it will begin a benchmarking process on the carbon emissions of its members, alongside its already established benchmarking mechanisms for energy and water efficiency. The most recent 2014 Water & Energy Use Benchmarking Study noted an 11% improvement in energy intensity over the previous four years among its members.

In 2014, the UK’s Advertising Standards Authority (ASA) received 187 complaints about 140 advertisements by companies across the alcoholic drinks sector. As a result, 27 ads had to be changed or withdrawn. This year, another 47 complaints, two ads being formally investigated and banned, and another six cases where the advertisers agreed to amend or withdraw their ads has driven the advertising standards industry to develop some guidance.

The Committee of Advertising Practice has launched a paid-for e-learning module to help marketing teams get to grips with the UK alcohol rules and to save time and money by creating more responsible advertising campaigns. The module will also help avoid reputational damage of having a campaign investigated and, potentially, banned by the ASA.

The alcohol advertising rules have been tightened in recent years to prevent ads using creative content which might appeal to young people.

Finance officials in the world’s fourth most populous nation of Indonesia have reportedly asked the health ministry to study whether sugary drinks contribute to health risks such as obesity and diabetes.

Indonesians consumed an average of 14.4 grams of sugar a day in 2014, well below the global average of 35.9, according to market research firm Euromonitor. Yet sugar consumption in the country is growing by an average of 5.7% per year. If the measure is passed, Indonesia will be following Mexico, which introduced a sugar tax in 2014. The one-peso per litre tax has resulted in a 6% reduction in soft drinks’ consumption.

Norway and Denmark have introduced similar taxes, as have the US cities of New York and Berkeley. A recent analysis of 274 sugar-sweetened soft drinks by Action on Sugar, a UK campaign group, found that 88% of the products contain more than the entire recommendation for the day (25g) in a 330ml can. In more than half (57%) of the products selected, either Canada or the US was found to have the highest free sugars content per 330ml.

According to David Croft, Diageo’s global sustainability director, the company is running out of “low-hanging fruit” when it comes reducing energy and water use at their plants and sites across the world. And it is now time to leverage its size and scale to support the companies within its supply chain to go on a similar environmental impact-reduction journey. “We have been continuing to improve our performance on carbon and water – and have created some transformational improvements, particularly on carbon with our investments in alternative energy,” he says. “But we also have to look at how we can help activate the same improvements through our supply chain.”

Acknowledging the company’s “responsibility” to show leadership in helping not only its 30 biggest suppliers but the smaller companies to become more efficient, it is about securing Diageo’s future supply chain, Croft says. “We already help thousands of smallholder farmers improve their productivity by between 50 and 100%, so why can’t we do the same for our SME suppliers which we are also dependent upon as a business.”

Among the many corporate commitments announced during the COP21 talks in Paris was that from 27 companies – including the likes of Diageo GSK, Veolia and Saint Gobain – to make a series of new pledges under a new coalition known as the Business Alliance for Water and Climate Change. The group says it aims to reduce risks related to the quality and availability of water by carrying out better impact measurement, improving reporting and taking a much more collective approach to using and managing water within specific river basins across their supply chain.

Water use is a critical business issue for many drinks brands. SABMiller Namibia spent 2015 addressing water security issues in light of the country’s current water shortages. The business aimed to cut water usage by 20% during 2015 by installing new technologies and applying lessons learned from other SABMiller breweries, especially in Australia and India., be applied.

And Heineken International has teamed up with the United Nations Industrial Development Organization (UNIDO) to address water issues. The goal is to reduce water consumption to 3.3 litres of water per litre of product in its breweries in Nigeria, Algeria, Egypt, Ethiopia, Indonesia, Mexico and Tunisia. The UNIDO partnership will focus on raising awareness of water stress and its root causes within relevant catchment areas, identifying water risks, and financing projects that “upscale water balancing efforts”.

Water is also a big concern for the Californian wine industry. The US state’s ongoing drought concerns could be resolved by the state’s Sustainable Groundwater Management Act, a new piece of regulation which will demand the agricultural sector – which uses around 80% of the groundwater extracted – to actively manage and protect water resources in a way it never has before.

In a normal year, groundwater provides a third of California’s urban and agricultural water. But in dry years, it provides up to nearly two-thirds. And it is this ‘safety net’ that the industry is being asked to protect – learning how to simultaneously grow crops while protecting groundwater quality and refilling underground basins with clean water.

Just what the new legislation means for the Californian wine sector – made up of around 6,000 wine grape growers and more than 4,000 wineries – is not yet known. The law will, in effect, create micro-states for groundwater, whereby companies will need to work more closely with local agencies to strike up effective management plans, rather than risk state intervention.