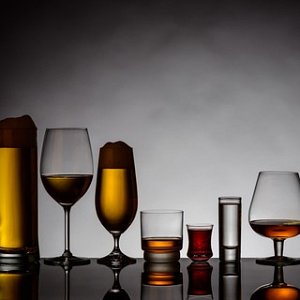 How to make ‘safe drinking’ a reality

“Moderation” has long been the watchword of the alcohol drinks’ industry, but the message is taking longer to get through to some sections of society than others. A recent study by the National Institute on Alcohol Abuse and Alcoholism finds that binge drinking among young US adult women (18-25 years old) who are not in college rose by 3.5 percentage points (to 32.6%) between 2002 and 2012. In contrast, the incidence rate among their male peers dropped by 4.5 percentage points (to 45.4%) over the same period.
The findings follow a recent update by signatories to the 2013 Beer, Wine and Spirits Producers’ Commitments to Reduce Harmful Drinking. During its first two years, educational initiatives by the 12 international alcohol manufacturers signed up to the commitments reached 2,580,000 underage people and 3,260,000 adults. At the beginning of 2015, the Washington DC-based International Alliance for Responsible Drinking was established to accelerate the industry’s advocacy efforts around the world regarding safe drinking.
Resource efficiency tops agenda for Bacardi

Beverage manufacturers are increasingly investing in production efficiencies that bring down the embedded water and energy in their products. An important part of this effort at holistic management focuses on product distribution, an area in which Bacardi USA has invested heavily.
The US spirits and wine producer was recently awarded a SmartWay Excellence Award by the US Environmental Protection Agency for its freight management system. Two-thirds of shipments out of Bacardi’s Jacksonville, Florida, bottling facility are by train and one-third by road. In 2009, that ratio was the other way around. Other lower-energy innovations in the family-owned firm’s logistics operations are the use of battery-operated forklifts and motion sensing lighting in its warehouses. Medium and heavy-duty trucks are responsible for an estimated 22% of all US transport-related greenhouse gas emissions, compared to 2% for rail, according to the Environmental Protection Agency.

For the first time since its founding 20 years before, sales of Fairtrade-certified goods fell in 2014. Wine bucked the trend, however. According to a new study by the Co-op, a UK retailer, global sales of wine under the Fairtrade Foundation label rose by 9% in 2014 to a record £27.5m (equivalent to 22.2m litres). The Co-op, whose Fairtrade wine range extends to 25 brands, controls two-thirds of the UK’s Fairtrade wine market.
Other supermarkets stocking Fairtrade wine in the UK include Sainsbury’s, Marks & Spencer and Waitrose. According to the Co-op, more than three in four (78%) UK consumers says they would buy a bottle of fairly-traded wine.
A separate study by the Fairtrade Foundation finds that sales of fairly-traded wine in South Africa increased by 18% in 2014. With 26 certified, South Africa is home to more than half (57%) of the world’s Fairtrade-certified producers. Other producing countries include Chile, Argentina, Brazil and Lebanon. In 2013, small farmers and workers on plantations received £635,000 in the additional Fairtrade Premium.

Our Sustainable drinks: how to turn innovation into opportunity is on 15th March in London. Find out more here.