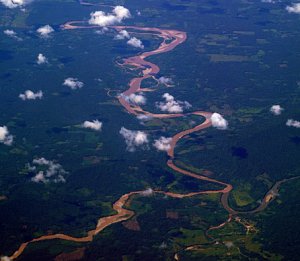 Trace supply chains back to the forest

An impact-based approach to deforestation in supply chains means companies can identify risks, monitor progress and react to problems as they develop

There are now hundreds of companies that have made commitments to work towards eliminating deforestation from their supply chains.

But the scale and complexity of many commodity value chains makes it incredibly difficult to identify where problems might arise, and to make the necessary changes to procurement practices that will help companies to make good on their promises.

Commodity certification has proved popular during the last two decades thanks to the rather simple and effective narrative offered by labelling systems, which have also been crucial in garnering public trust. Taking an impacts-based approach demands closer collaboration, with companies choosing the right partners to help use the most appropriate technology, and to interpret and communicate the results in a way that resonates with stakeholders.

So, rather than simply “outsource” their responsibilities by signing up to various standards and certification schemes, a growing number of organisations are, instead of or alongside certification, proactively building a better understanding of their suppliers. They are mapping the mills, plantations and ports from which they source their ingredients and materials, and using technology to adopt an impacts-based approach to removing deforestation risk from their supply chains.

Eyes in the sky
One such technology is the World Resources Institute’s Global Forest Watch (GFW). By logging on to the open-source web application, companies can monitor global forests in near real-time, using insights from big data and satellite technology to make decisions and quantify progress towards no deforestation goals.

Caroline Winchester, research analyst for GFW Commodities and Finance says that this type of technology is not only “essential for making informed decisions to address supply chain issues, it’s also a valuable tool for demonstrating the impact of certification” for those organisations using such schemes.

Cargill used the GFW tool to assess almost 2,000 infrastructure points within its supply chain spread over 14 countries. The data helped build a baseline from which the company is now measuring and monitoring its progress towards eliminating deforestation. Similarly, Mars used GFW to assess the deforestation risk associated with its suppliers’ palm oil mills, enabling the company to prioritise supplier engagement activities.

Companies can also sign up to GFW’s GLAD alerts that help to pinpoint tree cover loss and fire. Sudaeris Bank in Paraguay recently received a fire alert indicating that a client’s cattle farm 250 kilometres away was on fire. “The bank was able to quickly notify the farm of the fire so they could address the problem before it got out of control,” Winchester says. The use of satellite technology meant the bank was able to safeguard its client’s property and its own investment.

Another online tool boosting traceability in the supply chain is Trase. Developed jointly by Global Canopy and the Stockholm Environment Institute, it is a data-heavy platform that uses publicly available numbers to map the links between consumer countries, trading companies and specific places of production for a range of commodities, including beef and soy.

It is early days for the tool, but traders are already using it to determine if – and to what degree – their sourcing of soy, for example, relies on the Cerrado savanna lands, a frontier of deforestation in northern Brazil. “It has already proved valuable in informing a number of retailers which of their supplying traders are sourcing from areas with high rates of soy deforestation, helping prioritise engagement with a subset of suppliers,” says Sarah Lake, head of supply chain at Global Canopy.

But as Lake adds, technology is only as good as the questions being asked of it. She points out that, with technology, while companies can now monitor deforestation better than ever before, “it often cannot determine the driving mechanisms behind that deforestation.” A solution such as Trase can begin to help to fill this gap by linking companies to particular places – and the impacts in those places.

Technology, fed by big datasets, has the ability to transform supply chains and protect forests in a way not seen before. But transparency along the value chain is important so that each party can monitor problems and their solutions. As Winchester says: “For impact at scale, data needs to be delivered so that companies along the supply chain – from producer to retailer – can interact with it and gain insights from it.”