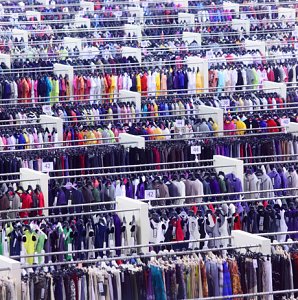 While there are some encouraging innovations, a move towards more-sustainable cotton supply across the board is still some way off

With cotton prices set to fall as China slowly releases stock, and production outstripping demand, 2015 is set to be a challenging year for cotton and cotton farmers. And that’s before considering the growing pressures to address sustainability and social problems.
The situation is complicated by the rapid rise in the number of cotton standards competing for the attention of buyers, as well as sustainability claims made by cotton from certain origins such as the US and Australia, where growers argue that high regulatory standards mean chemical and water use is lower than elsewhere.

Current global cotton production for the 2014/15 season is projected at 26.1m tonnes, a slight decline on 26.3m in the previous season. Consumption this year looks likely to be around 24m tonnes. Cotton produced to one of the growing number of sustainability standards only accounted for 1.2m tonnes or so of production in 2012/13, around 4.5% of the total. While growth is expected in some standards during the 2014/15 period, the percentage remains low.
Cotton is a minefield for brands and retailers, who are often just one child labourer, clear-cut Ethiopian savannah or Rana Plaza collapse story away from negative attention. While it is unclear how much impact negative press can have – and it is surely greater for brands making public claims about massive shifts to sustainability – it is never good.

So how do brands navigate the economic, political, social and environmental risks of sourcing a commodity that is often produced in regions suffering many serious problems of governance, poverty and environmental stress?

The first need is to understand the real problems. There are many claims out there. The most notorious is that cotton uses 25% of the world’s insecticides. It doesn’t and never did – only reaching use of 22.5% of insecticides by sales in 1990, which fell to 14.1% by 2009.
Similarly, there is a notorious myth that cotton is one of the world’s thirstiest crops. It isn’t – cotton is quite drought tolerant (though water is a problem in some production regions).

Debunking the claims does not mean there are no problems, but does show what a tricky path there is to tread between competing agendas and misinformation. It is even more complicated in that problems in cotton may be highly local to particular production regions.

So brands can decide to let someone else do the problem solving – ie join an organisation, standard or platform, which is risky as these will have agendas of their own – or go into full-blown responsible corporate citizen mode, map their supply chain, and act on what they are directly responsible for.
However, relying on promoting bodies or the possession of a certificate may be insufficient. It may not meet requirements for information or it may turn out that there is a problem behind the certification.

Some systems rely on a mass balance approach, whereby support for production does not mean this product ends in the supply chain. A mass balance trading model means that a certain amount of certified or verified product is registered at the entry to a supply chain, and balanced against a certain volume of product leaving the chain (even though the product may not be the same as there is no segregation).

Information that is required about footprint impacts may not be there, entailing more costs for brands who want serious detail. Or, as in a recent case in Ethiopia, certified production may be linked to land grabs and other problems.

Knowledge is power. Whichever way a buyer goes, they should not rely alone on documentation from a certifier or information from a promoter. Traceability is essential, along with due diligence to ensure claims are real, backed by facts that show the cotton comes from where it says, and is produced as claimed. It is difficult and time consuming but there are many systems that now allow reconciliation of information online by database and document checks, which can save money elsewhere. Check Organic and MyString are two good examples.

Going this extra mile can also help with supply constraints as buyers get the opportunity to build relationships with suppliers and cotton farmers. While there is at present a stay of execution in rising resource competition – a growing and wealthier world population, exacerbated by price and market volatility and competition for land use by food and fuels following the global financial crisis – this will not last. It is knowledge of and trust in suppliers will help guarantee supply. This is in fact a core driver of sustainability investments for some brands and retailers.

However, many brands that are less committed to sustainability may prefer to move into non-cotton and unnatural fibres. Being sustainable can mean extra costs, and for the low priced, fast fashion segments of the market, cotton may prove difficult.

Cotton has reputational and real risks. There are issues with water pollution and over-irrigation, pesticides, falling soil fertility, labour, child labour, and GMOs.

The latter may not be the evil seed many claim, but with some two-thirds of global cotton being genetically modified, a campaign (and thus consumer) backlash remains possible. There are concerns over the long term impacts of GM crops on seed diversity, ecological balance (as pest resistance rises or pest populations change in response to GM seeds) and super weeds, all of which could become ever-growing problems.
Labour is another cause for concern, with several cotton growing countries on the US list of risk countries for child labour – it is not just Uzbekistan. There are further concerns over forced and bonded labour, low wages, migrants and gender (ie women may make up a significant proportion of temporary and seasonal labour).

The challenges do not end there, with concerns globally over water use and carbon emissions, and the likelihood that retailers will be expected to report on these in future.

Meanwhile, even as overall cotton production has increased, its market share continues to decline under pressure from polyester and other synthetic fibres, the bête noire of the cotton industry, many of which now come with their own sustainable options.

The cotton sector itself is rife with market manipulation as governments try to protect what is often seen as an essential industry, whether it be subsidies (some half of global production is subsidised), interventions such as export bans, or building cotton stockpiles to artificially inflate prices.

What is needed is a way to reflect the impact of cotton.

McKinsey put a price on the negative external costs of cotton in 2011, which would add $7,266 per tonne to the price of cotton, mostly because of greenhouse gas and water impacts. At early 2015 prices, cotton was worth only $1,476 per tonne, so the increase would be substantial if these negative impacts were taken into account.

It is not beyond the wit, but probably is of the will, of the international community to replace national protection measures with tariffs on cotton produced using different methods to encourage less damaging production by making sustainable cottons cheaper rather than more expensive.

On such grounds, organic and fair trade cotton would likely become the cheapest rather than the most expensive cotton options. Now there is a problem for fine minds to ponder.

Simon Ferrigno is an independent writer and researcher on sustainability, focusing on cotton, and the author of Cotton Horizons: cotton standards and sustainability.