The benchmark to end all benchmarks? 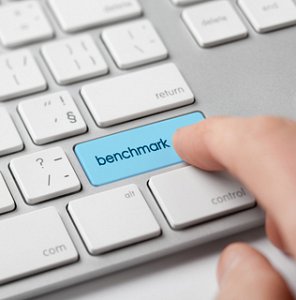 It's all about pushing the right buttons

Everyone loves a benchmark, not least about corporate behaviour and how transparent they are about it.

But, as more and more companies have begun to devote serious attention to sustainability reporting, a dizzying range of different systems and metrics for rating the depth and effectiveness of sustainability efforts has arisen.

As a recent study in the CPA Journal concluded, “a lack of consistency and transparency from these rating agencies currently exists, impeding greater efficiency in the capital markets.”
Step forward WBA!

So the launch of yet another rating mechanism has begged the question: what might the Aviva-backed World Benchmarking Alliance (WBA) possibly offer that others currently do not? And will it actually succeed where others have failed?
The concept of WBA is simple: to turn the UN Sustainable Development Goals (SDGs) into a “competitive sport” as Aviva CEO, Mark Wilson puts it. WBA will make corporate data on progress towards meeting the SDGs public, with each company ranked on how well they are doing, encouraging a race to the top.

The UN SDGs do seem to have really caught the imagination of many businesses – and investors – acting as a simple checklist of the most common and pressing challenges. Address everything on the list – from tackling climate change to global poverty – and your business will be developing robust and sustainable processes in operations and supply chains. Many companies have begun to align their sustainability strategies with one or more of the 17 goals.

Like other ratings systems that have gone before, WBA will make use of both public information as well as the results of a survey filled in by each company. So, even if a company fails to respond to the survey they will still get ranked (albeit not as highly as is likely for keen respondents).

A key difference appears to be the focus on making the data free and open, encouraging investors to make better use of the league tables, as well as reaching out to the mass market of consumers that are yet to pay much attention to sustainability performance when making purchasing decisions.

And it is the use of the SDGs as a framework against which companies will be compared that could make all the difference according to Felix Dodds, a senior fellow at the Global Research Institute University of North Carolina. “CEOs, the board and shareholders will worry where they are on this list – particularly as it has broad support and will be talked about every year at the UN,” he says.

For Geoff Kendall, the man behind the Future-Fit Business Benchmark, a free tool designed to help companies and investors think about how they create long-term value, the fact WBA is being supported so wholeheartedly shows a growing recognition that current environmental, social and governance (ESG) metrics are “wholly inadequate”.

Traps to beware
For WBA to be worthwhile, Kendall says, it must avoid the trap that other ESG ratings and indices have fallen into, which is to concentrate on measuring the relative performance of companies within sectors. “Such a focus on current best practice only seeks to fuel a race to be ‘least bad’,” he argues.
It is early days for WBA of course, but a one thing that says the benchmark might be a useful addition to the rankings landscape is that it’s already got some proper funding. The year-one budget stands at $2.7m with support from a number of national governments, the Business and Sustainable Development Commission, the UN Foundation and others, on top of Aviva’s investment.
And going forward WBA has plans to boost its eventual annual spend to $20m – a recognition perhaps that serious backing is what’s required to really make a complex rankings system work and then in turn help generate wider value.
But to be successful, it’s clear that the benchmark should develop a process that does pick up genuine corporate innovation when it occurs and, crucially, avoids being the next process requiring resources that busy managers get tired of.

B Corps: a worthy niche project that won’t change the world

The concept of B Corps was introduced in 2007 and it was going to change the world.The B Corporat...

This week: Julia King, Baroness Brown of Cambridge, chair of the Carbon Trust and from the UK’s C...

Is apparel upcycling the quickest route to carbon neutrality?

Steven Bethell, founder of Bank &amp; Vogue and Beyond Retro, talks with Ian Welsh about the mass...

The Future of Climate Action USA