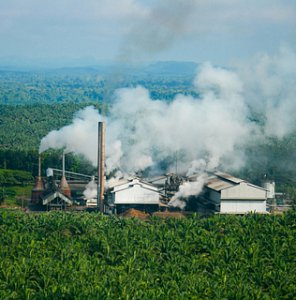 Unilever has said its latest attempt to create a more transparent supply of palm oil is a “major milestone” not just for its business but for the industry as a whole as it strives to avoid deforestation in commodity supply chains.
The consumer goods giant now publicly discloses a list of the suppliers and mills from which it directly and indirectly sources palm oil. It’s been a big undertaking, mapping 300 direct suppliers and 1,400 mills, looking not just at where palm oil enters Unilever’s supply chain, but the processors, middle men and agents along the chain.
Traditional commercial sensitivities and the complexity of the supply chain mean Unilever has had to persevere to get to where it is now, stating that “complete transparency” is required for radical transformation.
It’s a similar story at the world’s biggest food business, Nestlé, which also now discloses its list of palm oil suppliers, an initiative of which “top management is fully supportive”, according to Emily Kunen, the company’s global responsible sourcing leader for palm oil.

Although “agreement on releasing this [information] required endorsement and support from our key suppliers and third party NGO partners,” Nestlé publishes a range of data points on its efforts to tackle deforestation across five of its key commodities – information that shows its supply chain is verified as being “63% deforestation-free”.

Leadership gulf
But while Unilever’s and Nestlé’s disclosures are of course welcome, they are also a reminder of the gulf between the companies at the forefront of zero-deforestation efforts and the rest, despite the many corporate commitments made to take action and effect change by 2020.
The most recent Global Canopy Programme Forest 500 rankings suggest that the businesses with the greatest influence over the world’s forests just aren’t doing enough to cut tropical deforestation out of their supply chains. Only six companies in the list improved their policies enough in the previous 12 months to move up to the maximum score of five out of five (making 18 in total).

While commitments on deforestation did increase for palm oil and timber, less than a quarter of the ranked companies have adopted policies to cover all of the commodities in their supply chains.

It is unlikely that many 2020 targets will be met, thanks to the sizeable gap between the adoption of commitments and their implementation, as evidenced by the very small number of companies that have begun to trace their supply chains, engage with suppliers, or take action on deforestation hotspots in their supply chain.

“Even if companies report meeting their commitments, many of these commitments are weak, only apply to portions of the supply chain, or contain loopholes to allow for unsustainable land conversion,” says Sarah Lake, head of the supply chains programme at Global Canopy.
More positive, she says, is that while many companies continue to take little or no action at all, “others are quick to follow the footsteps of the leaders once it is clear the opportunities far outweigh the perceived costs”.

For Kunen, collaboration across industries will be key to ending deforestation in agricultural supply chains, pointing to the likes of the New York Declaration on Forests and the work of the Consumer Goods Forum (whose members have committed to achieving zero net deforestation by 2020).

As Unilever CEO Paul Polman has said, outsourcing your value chain does not mean outsourcing responsibilities. And committing to greater transparency is seen as the surefire way to eradicate widespread tree loss. But, as Lake warns, while the disclosures and sustainability efforts of the likes of Unilever and Nestlé are laudable, “we must also not mistake transparency as an end in itself”.