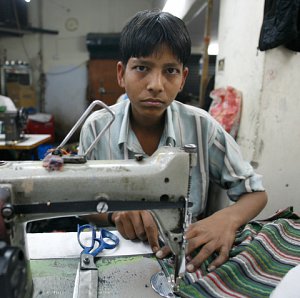 In the two years since it was signed into law, has the UK’s Modern Slavery Act really made a difference? Here are three changes for the better

Since the UK’s Modern Slavery Act came into force it has been widely lauded as a game-changer in fostering greater transparency among companies that had long been ignorant of human rights abuses happening along their supply chains.
By forcing businesses to put out board director-signed statements every year, detailing an intent to get a grip on social issues within supplier companies, the act has, in many cases, brought such issues into boardroom conversations for the very first time.

But the issue of modern slavery is a large and complex one, affecting millions of people worldwide, working in factories, in fields and on shipping vessels everywhere. In the UK alone, there are said to be around 13,000 victims of the crime.

As the UK’s independent anti-slavery commissioner Kevin Hyland says, while more victims have been supported and more perpetrators punished, “there remains much to do…and the passing of the act was just the start”.

So, what impacts has the legislation made in addressing the problem?
The fact that now at least 26,000 organisations globally are producing modern slavery statements is the first real indicator of structural business change to the issue, according to Andrew Wallis, CEO of Unseen.

He argues that the fact that companies are “presented with a blank sheet of paper” and asked to disclose annually all the steps they are taking to combat modern slavery in their supply chains and business practices is “ground breaking and ultimately will be hugely transformative”.
The recent assessment by the Ethical Trading Initiative and Hult International Business School looking at the impact of the act on 71 brands suggests an increase in the embedding of modern slavery awareness and action into corporate culture and practice.
And Patricia Carrier, project manager at the Business & Human Rights Resource Centre (BHRRC), says that while it may be too early to determine whether “these positive actions” are having an effect on workers on the ground, “it is certainly the first and necessary step in bringing about change”.
The apparent success of the MSA has undoubtedly encouraged other national governments to consider their own legislation. While the act’s exact impact is impossible to quantify, there are plenty of examples of subsequent similar new laws elsewhere.

In the US, loopholes in trading laws have been closed to better identify instances of modern slavery. In the Netherlands, the government has passed a new law on child labour. In Australia, a parliamentary inquiry has been opened into adopting its own version of the Modern Slavery Act. And, as chair of this year’s G20, German chancellor Angela Merkel has made it a priority to promote human rights due diligence in corporate operations and supply chains.
In fact, if the wind remains in the same direction, there is every chance companies will face complying with up to 30 different sets of competing pieces of legislation.

A common minimum standard of corporate behaviour “can and should be set by cooperating governments”, says Phil Bloomer, executive director of the BHRRC, who is advocating for a trans-Atlantic modern slavery agreement or standard. Carrier says that this would “help to create a level playing field where all companies would be subject to the same reporting requirement rather than subject to more rigorous reporting depending on where they operate”.
While acknowledging the first year of Modern Slavery Act reporting merely acts as a baseline for improvements yet to come, Wallis is adamant that the fact forced labour is being discussed in the boardroom means the potential for change within companies is enormous. He points out that good boardrooms drive the culture and direction of the company, so being faced with having to discuss and respond to this issue at board level “will be transformative over time as every year the item will come up for discussion and reporting”.

And the next step is making dealing with modern slavery and forced labour a point of competitive advantage. Smart companies, Wallis argues, “will use the legislation as a means to innovate when tackling the problems they face with modern slavery”.