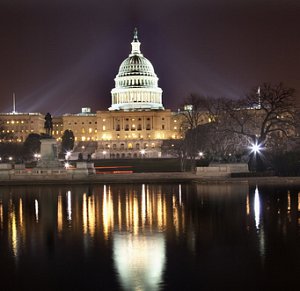 US laws reflecting a change in approach

As French corporate human rights laws tighten, the opposite is happening to progressive legislation in the US – but companies are pushing back

The French parliament has just passed the much-anticipated corporate duty of vigilance law, another boost for business respect for human rights. While the legislation might only apply to the largest of French companies, it will for the first time force businesses to consider and address any adverse impacts their activities might be having on people and planet.
Companies will need to publish “public vigilance” plans every year, pointing not only to efforts in-house to tackle instances of human rights abuse, but also the efforts of suppliers and sub-contractors. Failure to transparently publish such details could result in a fine of up to €30m.
While the move might, on the face of it, appear to be stringent, the French government is tapping into the appetite of a progressive business community already acting on human rights, not least in the wake of the UK’s Modern Slavery Act and the California Transparency in Supply Chains Act that went before.

Compare this progressive stance with the strategy of the new Trump administration in the US. Reversing many Obama-era, or earlier, achievements appears to be a high priority; the abolition of the Trans-Pacific Partnership and the removal of roadblocks to the Canadian Keystone oil pipeline, to name just two. “Progressive business achievements are certainly being targeted given the ideologies in the White House,” says Corey Norton, an export and import attorney at Trade Pacific Law.

However, a large community of companies gave short shrift to one of the more prominent Trump executive orders to have been initiated since he took office. The move – subsequently blocked by a federal judge – to ban refugees and certain legal immigrants from coming to the US saw many businesses with diverse global operations and workforces, including Nike, Coca-Cola, Ford and Google publicly oppose it.
Starbucks went even further, promising to hire 10,000 refugees. And Procter & Gamble CEO David Taylor sent an immediate memo around to staff, stating that Trump’s new policy “establishes blanket exclusion, which is fundamentally inconsistent with our core values”.

Back into the dark?

Elsewhere, a group of US legislators is threatening to weaken the Dodd-Frank Act 2010 in a bid to allow oil, gas and mining companies to sidestep transparency and reporting requirements.
Using the US Congressional Review Act – enabling a quick repeal of regulations and executive actions from the last seven months of the Obama administration – both houses of Congress have recently passed legislation to undo regulations demanding that fossil fuel-based companies disclose their payments to foreign governments, something many argue will foster corruption particularly by repressive governments such as Angola and Kazakhstan.
However, much like the response to Trump’s travel ban, many companies likely to be affected have stood their ground. Thirteen companies, including Anglo American, BHP Billiton and Glencore, have responded in support of maintaining the original rules.
BHP’s stance in particular is clear, publicly stating: “Consistency of financial disclosure makes good business sense. It provides regulatory certainty, reduces compliance costs and facilitates ease of comparison of disclosed financial information across jurisdictions, which is in turn critical for civil society and other users of financial disclosure data. We will continue to disclose our payments of taxes and royalties.
Corporate leadership
So, where the hard-fought-for level playing field of legislation threatens to be dismantled, as in the US, business has a key role to maintain and uphold a strong commitment to operate ethically and effectively. As Norton points out, while citizens holding their elected officials accountable remains paramount, “many companies already lead in areas of human rights and sustainability without governmental pressure”.

Clearly, every company has an interest in ensuring the availability of resources needed to thrive, whether that be a strong workforce or raw materials. Norton argues that responsible companies should “enjoy recognition in the marketplace as well as advocate that their standards be demanded by consumers, industry and regulators alike”.

But while a distinct divergence in regulatory approach seems to be developing, how far this philosophical shift develops, and how it will affect business strategy, remains for now unclear.