Volkswagen and the problem with sustainability claims 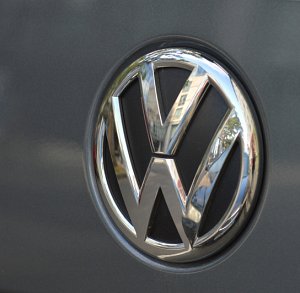 Consumers want to believe in the products they engage with, but actual performance has to match laboratory theory

At first glance, the Volkswagen debacle might seem to be a particularly serious case of greenwashing. The German carmaker has made false environmental claims, has been caught out and now looks set to be heavily penalised – a position no company would want to be in.
Look a bit more closely, however, and it becomes apparent that consumers and regulators, at least to some extent, have been complicit in the greenwash.
Volkswagen might have gone one step further by using secret software to cheat certain emissions tests, but it is the auto industry’s worst-kept secret that cars on the road commonly exceed emissions limits that they comply with in the laboratory.

The gap between laboratory and real emissions has grown steadily. After the Volkswagen scandal broke, one miffed consumer wrote to US law firm Hagens Berman, which has filed a class action suit against Volkswagen, to say that he or she would “never have spent so much on a car with such high emissions of harmful gases”.

But that consumer only had to glance at studies that have been produced for several years by groups such as the International Council on Clean Transportation or the UK consumer organisation Which? to know that manufacturers’ promises on emissions and fuel economy are worth little.
What about consumer engagement?

For brands, this raises a whole host of questions about consumer engagement on sustainability.

The main lesson from the Volkswagen saga is that, in most cases, consumers only engage on sustainability when something goes wrong. Until then, consumers are broadly happy to accept what companies say about the sustainability of their products.

Some consumers do take the time to examine green claims, but the majority will not look too closely.

Many consumers, in fact, have only a vague idea about what environmental jargon means. A recent Eco Pulse special report from Shelton Group found that while about two-thirds of US consumers consider that they understand terms such as “green” and “eco-friendly,” comprehension plummets for anything more specific, such as “net-zero home” or “low-VOC” – a term that refers to paint with no more than 50 grams per litre of volatile organic compounds.
But if something does go wrong, consumers can quickly become more knowledgeable. It doesn’t matter if, like the car industry’s emissions claims, consumers have previously been complacent.
When the evidence is clearly presented to them, consumers will feel deceived, and the company that has been caught out will risk long-term reputational damage.

The only sensible conclusion to draw is that companies that want to use sustainability as a selling point should be rigorous and honest in their claims. If put to the test, they should be able to demonstrate exactly what “sustainable” means for their products.

Evidence shows that consumers want more-sustainable products, and the testing of sustainability claims is likely to increase. Genuine sustainability is a much wiser strategy than seeking to exploit the grey area around consumers’ understanding of green jargon.