Why the RSPO and Nestlé saga leaves questions unanswered 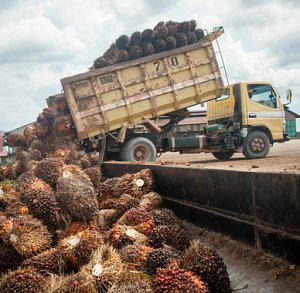 To certify or not to certify...

While everyone is friends again, the debate over the pros and cons of palm oil certification has not been resolved. It may never be

The Roundtable on Sustainable Palm Oil has reversed its suspension of food giant Nestlé’s membership, reinstating the food and drink giant’s position and allowing its products to carry RSPO certification when appropriate once again. While, on the face of it, that would appear to be that, the saga has generated significant speculation as to what was motivating both parties and what the broader implications of the story might be.
With a commitment to source 100% of its palm oil responsibly by 2020, Nestlé has long been a key part of the RSPO’s development. The suspension came as a result of Nestlé “declining” to file a progress report on commitments to 100% RSPO-certified palm oil (CSPO) and failing to pay membership fees totalling €2,000. Now, Nestlé has set out an action plan committing to 100% CSPO by 2023 and has been welcomed back into the RSPO fold.
But given the breach of membership rules being fairly innocuous – certainly when compared to allegations of more serious breaches levelled at other RSPO members – inevitably palm-oil watchers have raised questions as to why the rift between the two parties had developed and indeed escalated so significantly. Did RSPO think that Nestlé was going to jump, so pushed them first instead?
One tool in the box?
Nestlé’s long-standing position is that RSPO certification is just one of many tools it uses to meet its 2020 goals. It is a means to an end, and not the end itself. For the company, a big part of developing truly sustainable palm oil supply will come about by building traceability back to plantations and engaging with local communities to make interventions where necessary, to support more sustainable farming practices.
Already Nestlé is able to trace half of its purchased palm oil back to plantations and 92% back to mills. Meanwhile, 52% meets its own criteria of being “responsibly sourced”, with 63% “deforestation free”.
And this was where it seems the discrepancy came about. While the RSPO suspension was for failure to submit the compulsory annual communication on progress (ACOP) report, a further issue was Nestlé’s detailed plans for meeting its own criteria as to what constitutes “sustainable”, which diverge from RSPO’s.

Many companies, Nestlé among them, say they are already going beyond RSPO standards. Reacting at the time of the company’s RSPO suspension, Nestlé’s global head of responsible sourcing Benjamin Ware pointed to “fundamental differences in the theory of change” between the company’s approach and that of RSPO to work towards a fully sustainable palm oil industry.
In his statement following Nestlé’s reinstatement, though, Ware reiterates the company’s commitments to transparency and responsible sourcing, but also states that “Nestlé supports RSPO’s role in driving industry wide change” and that Nestlé’s new action plan “focuses on increasing traceability primarily through segregated RSPO palm oil”.

Keeping products on the shelves

Compliance with RSPO requirements is clearly important to the company – some retailers were beginning to remove Nestlé products from shelves in the wake of the RSPO suspension. But so, it still seems, is going further.

Industry sources see this as a signal that Ware and his colleagues will continue to push RSPO for better inclusion of HCS protection in its principles and criteria (P&C rules), which are set to be revised before the end of the year.

RSPO has been criticised for not going far enough to address deforestation, or to tackle emissions coming from plantations developed on carbon-rich peatlands, and deal with critical human and labour rights issues. This is what has arguably pushed RSPO members such as Nestlé to seek additional solutions elsewhere.
Better NDPE alignment
There have been calls for the RSPO to align its standards with the raft of ‘no deforestation, no peat, no exploitation’ (NDPE) policies already adopted by some, and not just from the companies themselves.

In a jointly-signed letter to RSPO members, a group of 62 forest NGOs including Greenpeace and Rainforest Action Network, has urged the RSPO to address “urgent issues” and “existing deficiencies” in the changes to the P&C that have been proposed. “Stronger reforms are needed to bring the P&C in line with the NDPE standards adopted by the world’s leading palm oil traders and end-users,” it says.

So this seems to be a critical point, both for the RSPO and the many companies that rely on its standards to provide them with evidence of responsibility.

What’s unclear at the moment is how far the revised P&C will go to address the concerns outlined in the NGOs’ letter. Speaking to Innovation Forum, an industry source suggests that even if high-conservation value or high carbon stock criteria are brought in, there will be significant disagreement around the detail of definitions as to what constitutes areas that should be protected.
Best available solution?

Other sources close to this evolving story say that the view of many companies is that the RSPO system is the best one available, so it is better to be a part of it and find solutions than to not be a part of it at all. And as many companies are not on track to meet their 2020 deforestation commitments, there will inevitably be a temptation to stay within the umbrella of the RSPO, which can take the NGO flak, while working on better transparency and towards 100% certification.
On the other hand, will a consensus grow among the leading companies, who are questioning whether the collective propping up of what they see as a far-from-perfect standard is really the best option given the huge transformation needed to shift the entire palm oil sector? Insiders think that some companies may walk away from the RSPO if the P&C are not sufficiently strengthened later this year.
Or perhaps a consensus will emerge that satisfies the aspirations of all parties – though as for all compromise, it is unlikely that everyone would end up being totally satisfied. In a statement made as Nestlé were reinstated, RSPO CEO Darrel Webber says that the RSPO is “more than a certification scheme, it is a commitment scheme”. Does that hint at a more flexible approach in the future, if commitment is valued above certification?

In any event, the changes being voted on in the P&C review later this year will be fascinating. And should RSPO decide not to align with stronger policies that brands such as Nestlé are already using, the future seems very uncertain indeed.