Will EU agreement leverage forced labour out of Uzbek cotton? 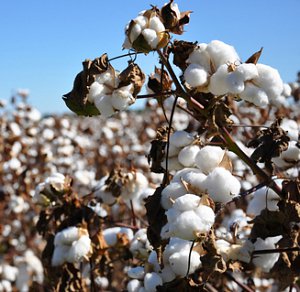 Companies can face the dilemma of what to do if a supplier is exposed as pursuing unsustainable practices or violating human rights. Is it better to stick with the supplier and work with them to right any wrongs, or should the supplier simply be dropped?

Often, there is no straightforward answer. Dropping a supplier could mean that workers lose their jobs. Sticking with a supplier can attract criticism from those that believe companies should take a tougher line.

And it’s not just companies. The European parliament faced such a dilemma in December when it was called on to approve – or not – a deal between the European Union and Uzbekistan.

The EU already has a Partnership and Cooperation Agreement with Uzbekistan. This is a step down from a free trade agreement. It does not abolish tariffs, but it does mean the EU trades with Uzbekistan on certain favourable terms, and is intended to push the central Asian nation to greater democracy.

The agreement with Uzbekistan has been in force since 1999, but has excluded textiles. Uzbekistan is one of the world’s largest cotton producers, but at harvest time the government forces workers, including public sector employees such as teachers, doctors and nurses, into the fields.

It is a long-standing concern that has left brands wary of using cotton from Uzbekistan in their products, though the complex cotton supply chain can make it very difficult to guarantee products free of Uzbek cotton.

So, when in late December the parliament voted to add textiles into the Uzbekistan partnership agreement, some campaigners were quick to react. Jakub Sobik of campaigners Anti-Slavery International says that a “perception that some people have that things are improving” in Uzbekistan is misinformed.

Uzbekistan has largely phased out the use of children to pick cotton, but forced labour among adults continues, Sobik says. It “happens on a massive scale” and those that refuse risk losing their jobs or other sanctions. Campaign groups are also particularly concerned about a “crackdown on activists who try to independently monitor the harvest,” Sobik says.

The International Labour Organisation (ILO) in its most recent monitoring report on the Uzbekistan cotton harvest, published in late 2015, found that while use of children “has become rare and sporadic”, the “organised recruitment of adults to pick cotton is widespread”.

The report points out that while “large numbers of citizens seem to be willing recruits and see the harvest as an opportunity”, there remains an impression “that those in authority do not want to prevent labour abuses”.

Lawmakers in the European parliament seem to have taken a different view. A spokesman for the parliament’s centre-left group, the Socialists and Democrats, says “Uzbekistan has been cooperative” in trying to eradicate forced labour among adults.

The spokesman also says that Uzbek authorities permitted “an unhindered inspection of the cotton harvest to take place for the last three years.” This does not chime with the Anti-Slavery International view, or with the ILO, which says there are reports of “harassment and threats to people conducting their own monitoring”.

And none of this really helps companies keen to keep forced labour risks from their supply chains, of course.

There is also a political aspect to the EU move. Uzbek dictator Islam Karimov died in September 2016 and the EU hopes his successor, Shavkat Mirziyoyev, will be more open to reform.

The European parliament stressed that if there is evidence forced labour is not being abolished, it will call for the inclusion of textiles in the partnership and cooperation agreement to be suspended. The EU has therefore, in principle, gained some leverage over Uzbekistan.

For companies, the European parliament’s move does not take away the question mark over Uzbek cotton, though it perhaps it will signal a renewed drive to bring an end to forced labour.

But Sobik is sceptical. He says there is “no evidence to suggest that anything will change”.