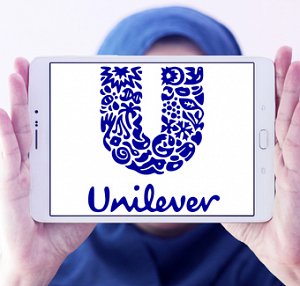 In what would be one of the bigger M&A stories to shake the retail sector in 2017, Unilever is set to sell off part of its company. The consumer goods giant looks likely to let its baking, cooking and spreads (BCS) division go to private equity investors in a deal worth up to $7bn.
It had been a healthy part of the business, featuring brands such as Flora and I Can’t Believe It’s Not Butter, posting pre-tax profits of more than $742m, and making up 6% of the company’s 2016 revenues. But while the company has seen slight increases in sales from its spreads in emerging markets, these have not offset declining revenues from developed markets. With Unilever under shareholder pressure to increase profitability, the division was earmarked for sale. It is not known when a deal will happen, but in light of the failed Kraft Heinz deal a move is expected sooner rather than later.
The story has raised concerns that any sell-off, particularly to a private equity bidder, would set back sustainability efforts not least given Unilever’s BCS section is a big buyer of palm oil. Last year, overall the business spent €18.7bn globally on raw materials and packaging.

The numbers might seem small, but this means Unilever is the single largest end user of oil palm in the world – and, as it attests on its website, “with this scale comes a responsibility and opportunity to transform our own supply chain and to positively influence the wider palm oil sector of which we are a part”.
So, what happens if and when Unilever is not able to use its influence to drive positive change? Or if that responsibility falls into the hands of others perhaps not so capable nor interested in fighting for a more sustainable palm oil sector?

It is a concern shared by Seb Beloe, head of sustainability research at WHEB Asset Management. While he hopes the business case underpinning Unilever’s sourcing policy is robust enough to withstand any change, money talks. His fear is that “the price is likely to be the ultimate determinant of the sale process and any concern about sustainability will be fleeting”.

And that is likely to be where activists will focus their own efforts. Are the credentials of the buyers in line with Unilever’s values and likely to support long-term commitments to sustainable sourcing? Moreover, without the might of a consumer-facing brand pulling strings out in the field, is it possible for a private equity firm to continue what has been started?

The CRR analysis honed in on Clayton Dubilier & Rice and Bain Capital – potential buyers of the Unilever BCS division – as well as Blackstone and CVC Capital Partners.

While Bain hasn’t been involved in any fossil fuel-related business deals in the last 12 months, it does not issue a sustainability report. Meanwhile, CVC Capital Partners’ six investment criteria do not mention sustainability at all. Blackstone, which applies the Walker Principles on transparency and disclosure for private equity and is one of the founding members of the Private Equity Growth Capital Council, fares a little better.

So, are investors or companies looking hard enough at the sustainability credentials of potential buyers? Echoing Seb Beloe’s concerns, Scott Poynton, founder of TFT is not convinced. “When it comes to these transactions, most often it’s about all the complicated financial aspects of the deal. It would be nice to think that a potential buyer’s sustainability commitments and track record come into the equation, but we can only hope so and can't be sure.”

For now, though, Unilever is adamant that it will not sell it BCS business to just any disreputable party. The company states: “Unilever is acutely aware that, regardless of price, this would be bad business and would cause substantial damage to our reputation.”