A future less sweet for smallholders? 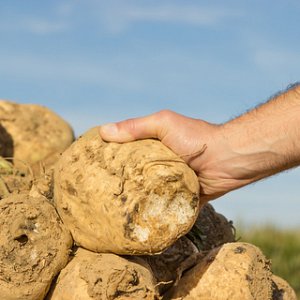 EU's march to the beet

A reform of European Union sugar beet quotas, which will take effect on 1 October 2017, has set alarm bells ringing over the impact it might have on smallholders in developing countries.

The reform will involve the scrapping of the current EU annual production quota for sugar for food use, which stands at 13.5m tonnes. A 1.4m tonne export limit is also being done away with. The EU will therefore be able both to produce more for its own market, and sell more to other economies.

The likely effect, according to Ruud Schers, an analyst at Rabobank, is that EU sugar production will rise by about 15%. This would take EU production to a level that is more than enough to meet the continent’s demand – and is thus expected to disrupt the EU’s imports of sugar.

200,000 into poverty?
The Fairtrade Foundation has previously raised the issue of the impact this could have on farmers in poor countries saying that the quote changes could plunge 200,000 people into poverty.

Currently, a wide range of poorer countries export sugar to the EU on preferential terms, but their farmers could lose out if there is a flood of cheap sugar from EU producers that themselves receive subsidies under the EU’s agricultural policies.
For sugar-using brands, the changes raise a question: what, if anything, do they need to do to ensure that any negative impacts on smallholders in developing countries are minimised?

Less of a minefield

In fact, it is unclear if the EU sugar reforms will be a major ethical and sustainability minefield for brands.
Although the EU in principle will from 2017 be able to meet its own sugar demand, EU-based cane refineries will continue to import raw sugarcane. However, according to Schers, EU beet sugar producers that previously refined sugarcane off-season will no longer need to limit their production of sugar from beet and will likely switch to year-round processing of beet. EU sugar imports from poorer countries may therefore fall.

Exporting countries, meanwhile, especially those in sub-Saharan Africa, which are the main suppliers of raw sugar to the EU, will need to find alternative markets closer to home.

Sub-Saharan Africa already sells 82% of its sugar to local markets or markets other than the EU, and demand in those markets is growing – in fact, sub-Saharan Africa consumes more sugar than it produces. So, smallholders should be able to sell their cane.

Nevertheless, suppliers in poorer countries could lose out because they might not receive the higher prices that are generally available when selling to EU buyers.

A possible strategy in response to this could be sustainability certification. Demand for sustainable sugar from western brands is growing, but only 3.8% of global sugarcane production is certified sustainable, according to Bonsucro.

Brands can keep their promises by helping more smallholders achieve sustainability certification – which can be a daunting process. Meanwhile, smallholders must hold out in the hope that the higher productivity and better quality that sustainability can bring will help achieve higher prices to offset any loss from the EU quota changes.