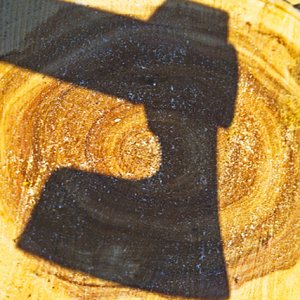 No-deforestation commitments are welcome, but the hard work is still to do

There have been some significant wins in recent months in the battle against deforestation.

In January, Mars pledged to no longer buy Brazilian beef from suppliers associated with primary forest clearance, and use only traceable, certified pulp, paper and soy. The commitments will be phased in up to 2020.
Also in January, Singapore-based Wilmar, the world’s largest palm oil trader, earned kudos for its new palm oil supply-chain transparency dashboard. Wilmar committed in December 2013 to a “no deforestation, no peat, no exploitation” policy, meaning it will only buy from suppliers that protect forests and peatland and that pay attention to their social impact.

The transparency dashboard lists all of Wilmar’s Indonesian and Malaysian palm oil suppliers and is intended as a basis for engagement with interested parties. Such pledges are quite a turnaround for a company that Newsweek magazine in 2012 said was the world’s least green. Wilmar is not the first company to introduce such a dashboard – Asia Pulp and Paper was a notable pioneer.
Pledge blitz

It seems that other major companies have also been queuing up to make pledges to combat deforestation – Cargill and P&G among them. So does it add up to irreversible trend? Is a tipping point approaching that could signal real hope for the world’s forests?

Well, maybe. Commitments such as Wilmar’s shouldn’t be underestimated, says Mark Sanderson of  tropical forests NGO TFT, which helped Wilmar with its transparency dashboard. About 45% of the world’s palm oil passes through Wilmar’s hands, and the company has in effect “undressed in public” – TFT’s view – opening itself up to scrutiny.
What’s becoming clear is that if a company of Wilmar’s size – and others such as Golden Agri Resources – is serious about its commitments, and it looks like they are, then it’s going to impact the entire industry.
Certification’s march

And progress is being made. Palm oil production is becoming increasingly certified – 16% according to US non-profit Forest Trends. More and more commodities are being controlled by companies that have made zero deforestation pledges.
Commitments such as Wilmar’s are also valuable because such companies understand, arguably better than anyone, what causes deforestation – until relatively recently that’s what they were doing after all.

Wilmar publicly admits that the major driver of global deforestation comes from the demand for four critical agricultural commodities – cattle products, palm oil, timber products and soy. Now it is companies such as Wilmar that are not only in a position to do something about it, but increasingly willing to do so.

Implementation. Hmm.
Next comes the hard part. Recent pledges on social and environmental impacts might be impressive, but they will not be implemented overnight. Corporate promises on deforestation mean that civil society will have to continue to hold the companies to account – engaging and challenging them in the process.
Despite the pledges the forest-clearance picture remains grim. Hundreds of thousands of hectares are still lost each year in key countries such as Brazil and Indonesia. Illegal conversion of forest for agriculture or plantations to supply developed and emerging countries remains rife.
Recent corporate pledges might be hopeful shafts of sunlight through the canopy, but they still have much to do to prove their worth.