Could krill be the next conservation icon? 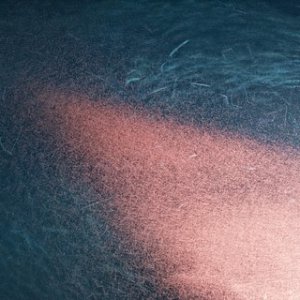 Krill exploitation's not slowing up

Vital ecosystems, including iconic mammals, are threatened by big business and their supply chains – and not just in tropical forests

US theme park chain SeaWorld’s recent decision to stop breeding orca whales, and pledge to make sure those currently in its care are the last generation to be held in captivity, is the latest success for pro-whale activists, who have been at the forefront of the environmental movement for decades.

Their campaigns continue – whales are still threatened in their own natural environment. Helping to perpetuate this threat are the combined demands from feedstock for farmed seafood, livestock and poultry and the popularity of omega-3 health supplements, which are all demanding an ever-growing amount of krill be taken from the Southern Ocean.

Krill, a tiny crustacean at the heart of Antarctic ecosystems, has been used as a source of protein in food production for some time. More recently, krill oil has gained a reputaion of being good for maintaining healthy cholesterol levels, improving joints, and boosting memory, mood and attention span, among a host of other apparent benefits.

Krill provides not only food for some species of whales, but also for penguins and seals, in turn prey for top predators including orcas. In fact, almost every animal that feeds in Antarctic waters either directly eats krill, or eats something that does.

Yet giant industrial fishing practices are doing their utmost to hoover up krill in huge numbers, depleting oceans at a rate that is making the likes of Greenpeace very worried indeed.

Exacerbated by the climate-change induced melting of the Antarctic ice cap, which is wiping out krill’s ice algae food source, the population of krill has fallen some 80% since the 1970s.

However, the seafood certification body the Marine Stewardship Council (MSC) is adamant the situation will not get out of control, pointing to the Commission for the Conservation of Antarctic Marine Living Resources – the CCAMLR – which is a legally binding international convention set up in 1982 to forestall the unregulated expansion of krill fishing in the Southern Ocean. Right now, there is a catch limit of 620,000 tonnes of krill in the so-called Area 48 where most krill fishing occurs. Even if it was all taken, that would account for just 1% of the total estimated biomass, the MSC says.

Aker Biomarine and Olympic Seafood both run MSC-certified krill fisheries and seem confident that the standard is having the desired effect. Both say it is their “duty” to preserve the ecosystem and the best way to do this is by using advanced fishing methods as demanded by MSC, such as fine mesh nets to prevent bigger fish from entering and sea lion excluder devices.

But the race for krill shows no signs of slowing up. Between now and 2021, the global market for omega-3 ingredients products alone is set to jump 15.2%, becoming a $7.5bn industry. The Chinese government has confirmed reports it is building “science and research” outposts in Antarctica and will focus more and more resources on krill fishing to satisfy its burgeoning middle classes more interested in the health food movement.
Its ubiquity, coupled with contentious governance issues in the Antarctic and question marks over the effectiveness of certification, means krill farming could easily become the “new palm oil” in the sustainable commodity conversation. At the very least it is a subject likely to keep the NGO community active in the coming years.