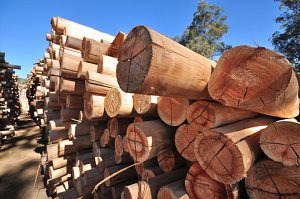 A long-standing mechanism of the global sustainability movement, certification and standards have proved effective in the fight against deforestation. But does the drive to adopt best practice standards have its limitations in the face of such a huge challenge?

A commonly-used instrument to fight many a sustainability challenge, standards, certification and labelling continue to play a prominent role in the fight to combat global deforestation. Standards developed by the likes of the Roundtable on Sustainable Palm Oil (RSPO), the Forest Stewardship Council (FSC) and Rainforest Alliance (RA) offer a useful framework to help organisations make the right decisions.
With more and more companies committing to obtain 100% of their commodity supply from certified or sustainable sources, they can be fairly comfortable in the knowledge that trusted standards will make it clear as to what is expected of them if they want to become more sustainable, resilient and successful businesses.

And these mechanisms – which see social and environmental NGOs collaborating with businesses – have been replicated many times and used for decades, with relative success. However, certification clearly has its limitations.

The RSPO has been in existence since 2004 and has worked tirelessly to encourage the global supply chain to sign up to meet its set criteria of what it defines as best practice. Its 2,000 members represent 40% of the global palm oil sector. And yet just 20% (1.61m tonnes) of the world’s palm oil is currently certified under the RSPO system.

It’s not just a problem for the RSPO. “While certification has proven itself as a powerful tool for change”, the 20m hectares of land that has been FSC-certified in tropical countries is “not nearly enough,” says Alistair Monument, the FSC’s regional director for Asia Pacific,

Pointing to the 458 eco-labels currently being used in 25 sectors, Scott Poynton, founder of forests campaign group TFT, argues that it’s time to assess the performance of certification. In a recent interview with Mongabay, he claims that current standards are “too weak and have fallen behind the pace of best practice in the field” and that certification is stifling innovation. “Ticking someone else’s boxes – boxes that were created a long time go with ‘lowest common denominator’ thinking – is no way to inspire innovation,” he says.

Poynton instead advocates what he calls a “VTTV” system (values, transparency, transformation and verification), with companies setting their own goals based on their values – and focusing on the public-sharing of results which he says will drive performance.
Outcome focus
It’s a view that – while not wholly endorsed by the standards-setting community – has certainly got them thinking, admits Anita Neville, the Rainforest Alliance’s senior business development manager in the Asia Pacific region.
“It’s a false promise to say certification is the only answer,” she says. “We need to avoid prescriptive, tick-box approaches and focus more on what standards intend the outcome to be, rather than the route companies take to get there.”
Monument agrees. He says: “20 years of experience has shown us that we need to both continue improving certification and consider what other tools can be complementary to it.”

Regardless of how successful standards have been in winning the war on deforestation these past 20 years, there remain some key challenges that need solving. One, of course, is driving meaningful demand and a willingness to pay a premium for sustainably-sourced products by the general public (something the RA says it has invested heavily in during the past 12 months, via improved media outreach).

Another is in engaging hard-to-reach smallholder producers, particularly in the Asia Pacific region, to make certification accessible, cost effective and efficient for them – and plugging them into markets that value their efforts.

Only time will tell if certification will play an active and successful role in the future, or whether it even has a role to play at all.