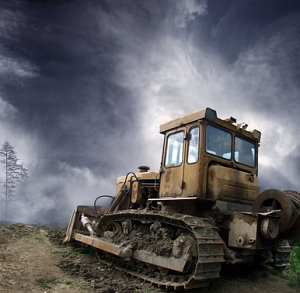 A new initiative from the Global Canopy Programme highlights the performance of those organisations with the most power to end deforestation, says GCP’s Leonie Lawrence

The global fight against deforestation has been invigorated over the last year by landmark commitments to eliminate deforestation from the global “forest risk commodity” supply chains that drive the majority of forest loss worldwide.

This includes individual pledges by some of the most significant players involved in the production and trade of these commodities – chiefly palm oil, soy, beef, leather, timber, pulp and paper – but also a number of unprecedented collective commitments.

Most notably, the New York Declaration on Forests, adopted at a UN climate summit in September 2014, unites the public and private sectors, NGOs and indigenous groups in establishing a timeline to end deforestation by 2030, including by removing deforestation from global supply chains by 2020.

But to what extent are these ambitious commitments echoed in the sustainability policies of those that have signed up, and indeed of other institutions most at risk of driving deforestation through their operations?
Action pinpointed

Forest 500, a new initiative from the Global Canopy Programme sets out to answer this question and to pinpoint where urgent action is most needed. It identifies, ranks and tracks progress among five hundred “powerbrokers of zero deforestation”: the governments, companies and financial institutions worldwide that together can effectively eliminate global forest loss.

It shows where the most influential institutions are doing well and where they are doing badly, indicating where improved policies and practices could bring the greatest benefits for the world’s forests.
The Forest 500 ranking assesses each powerbroker’s policies aimed at addressing deforestation risk. While these policies are just a first step, they signal the ambition needed to address this historically intractable problem and represent an essential starting point for a transition towards a deforestation-free economy.
By monitoring these public commitments over time the Global Canopy Programme aims to increase accountability and provide a way to measure overall progress towards global deforestation goals.

The 250 companies that have been assessed by the initiative have combined revenues in the region of $4.5tn. Many of these are leading the way, with commitments to overall zero or net zero deforestation, the establishment of commodity-specific policies, improvements in supply chain traceability, and in reporting and transparency.
But just as the leaders are pushing the boundaries of best practice, many companies of significant size and influence worldwide are failing to adequately register deforestation-risk as a public concern.

Big is best
The most progressive companies in terms of their deforestation policies are found within the home and personal care industries.
Companies with revenues over $10bn score twice as high as those with revenues less than $1bn in the ranking, and on average public companies outperform privately-held corporations.
Higher scrutiny associated with reporting requirements for public companies and the increased reputational risk for consumer-facing companies are both clearly playing a key part in driving sustainable business practices.
The more advanced policies of a number of key companies, such as Danone, Kao Corp, Nestlé, Procter and Gamble, Unilever and Reckitt Benckiser, which all rank in the top score bracket of the Forest 500, prove that progress is possible.
Meanwhile companies with a dominant share of global trade are demonstrating the potential for disproportionate impacts throughout the supply chain. For example, through global agri-business giant Wilmar International alone, around 45% of the total volume of palm oil traded globally is covered by the company’s “no deforestation, no peat, no exploitation” policy.

With effective implementation, policies such as this can have positive effects throughout the supply chain. Yet progress to zero deforestation will not be made if other important players continue to accept commodities linked to deforestation or if these are simply diverted to less consumer-aware markets. A comprehensive approach is required, that leads to improvements across sectors and markets worldwide.

Forest 500 reveals that companies located in some of the most critical processing and consuming countries are currently ranking poorly as a group. For example, companies located in India (responsible for around 17% of all palm oil imported from key forest countries) and in Russia (responsible for around 20% of all beef imports from Latin America) have minimal policies in place to address deforestation.

And of particular concern is China, the single largest importing jurisdiction of forest risk commodities worldwide, where companies are scoring well below average.

For the corporate sector, while the Forest 500 analysis highlights multiple areas for improvement, deforestation is firmly on the agenda. The same cannot be said, however, for the financial sector despite the potentially huge influence financiers could exert in the transition to a zero deforestation economy.

The 150 financial institutions assessed together hold some $1.7tn worth in shares in publicly-listed Forest 500 companies, yet none has yet adopted zero or net zero deforestation policies for their investment, financing and lending activities. And of those that do have sustainable investment policies, many lack clear implementation processes.

By region, financial institutions based in Europe are doing better, by and large, than those headquartered in the Asia-Pacific region and North America – a priority area for action given the dominance of investment originating in the US, representing almost 80% of all shares identified in the publicly-listed Forest 500 companies.

These first-year results from Forest 500 demonstrate that vital steps forward are being taken, and highlight a number of areas for urgent action. Much can be learnt from the leaders, and much wider uptake of strong (and strongly implemented) policies will be needed across sectors and geographies over the next five years. Forest 500 will track progress to 2020, and seek to catalyse the all-important journey that has now commenced towards a zero deforestation global economy.