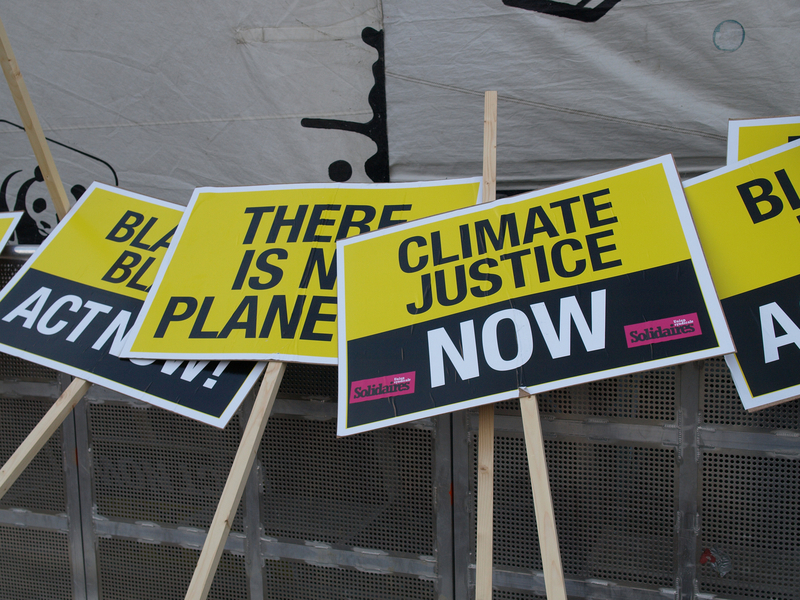 A clear characteristic of the past decade was the emergence of a more collaborative relationship between companies and the activist NGO community around deforestation. A perceptible shift – from hard-hitting consumer campaigns to partnership working – came at the turn of the decade. Greenpeace decided to engage with Nestlé, for example, to address its palm oil supply chain risks. And then with palm oil giants Golden Agri Resources and forest business Asia Pulp and Paper.

Forest Heroes’ work with Wilmar in 2013 again demonstrated an interesting new dynamic emerging. Groups were having more discussion in advance of campaigns. An openness was developing with businesses welcoming NGO representatives into boardrooms to discuss how environmental commitments and policies might be implemented.

However, times seem to have been changing once more, with some activist groups reverting back to more hard-hitting campaigning, largely, they say, in response to businesses failing to keep to their end of the bargain.
Kicking returns

Brands have squandered the past decade, says Richard George, head of Greenpeace UK’s forests campaign. “The time for talking is over. If we don’t get emissions under control in the next ten years then we can kiss goodbye to a stable climate and a habitable planet.”

Scott Poynton, founder of Earthworm Foundation, formerly The Forest Trust, agrees. He worked with both Nestlé and Greenpeace to help build deforestation-free supply chains. “There’s a sense that some companies aren’t doing enough and this is riling the NGOs. As a consequence, they’re going back to the harder approach of giving folk a good kicking,” he says.

There is no clearer evidence of these tactics than Mighty Earth’s campaigning against Cargill, recently describing it as “the worst company in the world”. Mighty Earth CEO, Glenn Hurowitz, makes no apology for the nature of the language used. He says that companies such as Cargill are too slow to change. While the environmental movement has always put pressure on companies, the debate has shifted to focus largely on climate, he says. “That means companies are being held accountable for aspects of their business model that they were not thinking about 30 years ago.”

He also points to the rolling back of environmental protection laws in places such as the US and Brazil for potentially triggering stronger action from NGOs. “Just because governments are not doing their job doesn’t mean the job does not have to be done,” Hurowitz says.

On the receiving end, Cargill says it “appreciates the mirror held up” to make sure it does better. The company’s senior director for corporate responsibility, Nick Martell-Bundock, acknowledges that some NGOs and activists are certainly amplifying their campaign efforts. Rather than shy away from them, he says that the company welcomes productive NGO partnerships. Pointing to Cargill’s newly-formed land use and forest sustainability advisory panel as evidence that “constructive engagement is the most effective way for driving change”.

The panel is made up of a range of sustainability experts who offer Cargill cross-sector insights to ensure that the strategies and resources that underpin its forest commitments will actually deliver the intended positive outcomes for society and the environment, he adds.

The fast-fashion retailer H&M is no stranger to NGO campaign attacks either. It, too, says it welcomes groups that will hold the business to account, agreeing to provide as much transparency and information as possible so that NGOs can do their job.

However, H&M is less happy about campaigns targeting leading companies about specific sustainability issues just because they are moving faster than others, or have the most transparent and readily available information. “Being targeted by a campaign should actually be seen as recognition of being a leader in an area – but that’s, of course, not the message the general public will perceive,” says Hendrik Alpen, H&M’s engagement sustainability manager.

Hard-hitting campaigns run the risk of deterring companies from taking a leadership position and being more transparent, he adds. “While this may come with short-sighted wins for a specific campaign, it harms the cause in the longer-run. Collaboration – coupled with transparency and accountability – wins over conflict.”

Awareness of sustainability issues among the general public – from climate change impacts to single use plastics – is greater than ever. The prominence of Extinction Rebellion and Greta Thunberg’s exploits, supported by greater media coverage, has helped the wider campaigning community land their messages with a bigger, more informed audience.

It is within this landscape that both companies and NGOs could be damaging the wider sustainability cause, Alpen adds. Simplified corporate messages, designed to protect reputations, can often paint the wrong picture. Meanwhile, campaigners, fuelled by limited social media attention spans, “thrive off the conflict”, giving consumers the wrong perception of progress, he believes.

However, in many respects progress has not matched ambition. Next year – 2020 – is the deadline for a swathe of corporate sustainability commitments. There is no doubt that many of these will not be met, emboldening the NGO community to ramp up its efforts in holding companies to account.

George says that companies pledged to end deforestation by 2020 “are miles away from achieving that goal”. He argues that failure must have consequences and it’s “up to civil society and the public to hold companies to account”.

According to Poynton, many NGOs feel hamstrung in that they can’t really attack governments for fear of being evicted from the country, so they continue to “yell louder at the very narrow list of brands they can yell at”. Rather than shame companies, he would prefer to see more constructive dialogue, arguing that that progress requires “speaking with the people we’re hoping will change with respect, humility and compassion”.

Poynton says that when NGOs attack using their “traditional, shame-based model”, it drives people away just at the point where progress requires that they work together. While shaming brands might get people’s attention, “we need a lot more talking to actually move beyond shame to solutions”.

Hurowitz defends Mighty Earth’s approach, arguing that the relationships it has with large companies, such as Cargill, Bridgestone and Nestlé, are always evolving, depending on what stage of the engagement process it is at with them. Yes, the group frequently launches campaigns to draw attention to a specific industry, practice, or concern. “But subsequently, some of the companies we target are interested in solving these problems. And in some cases we have moved from a campaign stage to that collaboration mode,” he says.

But that doesn’t mean Mighty Earth will take its foot off the gas at that point. “We don’t assume that a company willing to talk to us has completely changed already,” Hurowitz says. For example, as a founding member of the Global Platform for Sustainable Rubber, Mighty Earth sits alongside the big rubber traders and customers. But it continues to hold some of them to account for abuses in their supply chains. Hurowitz admits that this split role can frustrate companies at times, but says that accountability is “a vital function” necessary for industry transformation.

Doubtless “name and shame” campaigning will continue, to a greater or lesser extent. But, either way, the corporate-NGO relationship will continue to be an interesting and important one in the fight against a host of sustainability challenges.

H&M goes as far as to say that businesses should work with NGOs to ensure commercial interests in the long-run. Cargill takes a similar position, with Martell-Bundock admitting that having productive partnerships with NGOs “is in our best commercial interest, as they can help us create more sustainable supply chains”.

Building and maintaining such relationships is not straightforward, and demands transparency and openness. Long term engagement is crucial, Poynton concludes. The quality and nature of that engagement is the critical factor, though, and “it’s down to both parties to make the spirit of the cooperation to be open, honest, truthful, courageous, respectful, humble and compassionate. If the parties turn up like that, then real progress is possible.”