EU food policy: the triumph of dogma over pragmatism 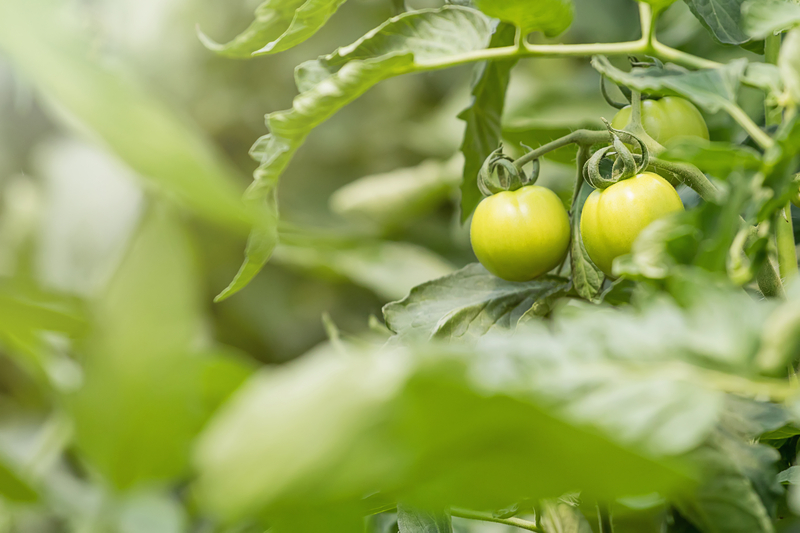 How we feed ourselves sustainably is one of our biggest challenges thanks to population pressures and climate change. It’s an area of policy we have to get right, because if we’re going to significantly change how the system works, we need to avoid unintended consequences.

It needs pragmatism, not ideology. Unfortunately, pragmatism does not seem to be in the ascendancy.

Case in point, the European Union has passed its Farm to Fork strategy, requiring that the land used for organic farming should increase from a mere 8% to a significantly larger 25%. It says it wants to move agriculture from a status quo, which it contends is “in competition with nature” to a happier state that is “more allied with nature”.

It sounds lovely, if you have a taste for meaningless words. The question should surely be: does the policy achieve the goals?

That comes down to what problem we think we’re trying to solve. You might assume that the exam question would be “producing enough of the food that people want to eat”. No mean feat in a world with a population approaching eight billion people.

If that is the aim, then the EU’s policy seems radically misaligned. A modest percentage of the population may value organic food for reasons of quality and personal preference – I’ve been one of them myself.

But organic agriculture delivers significantly reduced yields compared with modern intensive farming methods. If the aim is to match or boost current output to feed hungry people, that would require a major increase in the amount of land in cultivation. Or else a reduction of home food production, and an increase in imports, with the expectation that capacity is then increased elsewhere.

What is the question?

That’s not the whole of the exam question, however, because there’s climate change to take into account, as well as other environmental degradation. Fair enough.

You might say that it has become: “producing enough of the food that people want to eat with ultimately net zero greenhouse gas emissions and other environmental impacts”.

That change doesn’t magically mean the EU’s policy makes sense. For sure, research suggests that organic farming is more efficient in its use of non-renewable energy. It maintains or improves soil quality in many instances, and has reduced negative impacts on water quality and biodiversity.

That said, such benefits come at the expense of performance on greenhouse gas emissions. It has one plus, thanks to soil carbon sequestration. But this is nowhere near enough to offset the impact of the lower yields. Consequently, the emissions per unit of product are higher, not lower.

The inconvenient truth is that converting a large percentage of land to organic farming can be expected to make agriculture less climate friendly. A move that doesn’t make sense, if we’re taking a pragmatic approach to meeting a societal objective.

Not only that, the European commission says that “in order to provide space for wild animals, plants, pollinators and natural pest regulators, there is an urgent need to bring back at least 10% of agricultural area under high diversity landscape features”.

So, rather than expanding the amount of land for agriculture to enable the lower-yield organic production, it is alternatively reducing that land, so it can convert it to rewilding initiatives.

Then there are other knock-on effects. Organic food tends to be more expensive, because the lower yields mean you’re using more land. So, as well as reducing the amount of locally-grown food available for Europeans, it will also be more expensive.

EU farmers have warned that it’s unrealistic to expect organic food at standard prices. Tim Cullinan, president of the Irish Farmers Association, told the Food Navigator website: “It’s not credible for the EU to drive up production costs for European farmers while at the same time looking for low food prices. They want food produced to organic standards, but available at conventional prices.”

But we’re still not there yet, because my proposed exam question is not, in fact, the EU’s implicit exam question. Mine presumes that the aim is to produce the food that people want. But the difficulties of squaring the circle have led many to abandon that aspiration altogether, and instead to pursue “producing food that provides a healthy amount of calories and nutrients with net zero greenhouse gas emissions and other impacts”.

Not the food you want. The food they think you should want. The EU attempts a sleight of hand to make it all seem like it’s your idea. It says: “Citizens want healthy diets from a healthy planet, and they deserve clear information to allow them to make informed choices.”

As part of this, the policy will promote plant-based products, although it softened an earlier draft that was more explicitly anti-meat.

But when people get to choose for themselves, they tend to choose meat. The UN Food and Agriculture Organisation expects global meat consumption to rise again this year, by more than 1%.

It is a policy choice whether you seek to reduce the impact of the things people enjoy, or whether you seek to persuade them to give up those things. The former could well be easier than the latter, given what we know about human psychology. But that option seems not to be acceptable.

This adds another level of dissonance to the EU’s project. Organic farming has done best when it is in the context of mixed farming, since the animals you raise provide the manure that feeds the soil. The logic of the organic approach struggles when pushed to scale alongside a drive to reduce animal products.

You only have to see the impact, for instance, in South Dakota where the transition of the 34,000 acre Gunsmoke farm to organic production by food giant General Mills has led to more soil erosion not less. This is because of the effects of soil tilling, creating modern day dust bowl effects. The approach doesn’t suit the conditions. Context matters.

In an attempted defence of the EU policy by two professors from Wageningen University in the Netherlands, they argued that, while they recognised that organic farming is just one of many forms of agriculture that contribute to a more sustainable food system, it was being used here because “organic farming is the only system that is internationally accredited and regulated.” Which seems an unsatisfactory argument.

They said that, for an example, you could look to the Indian state of Sikkim, where a 100% organic target has been implemented – against the advice of many who considered it to have been “unrealistic”. So let’s take their advice, and look at that.

Sikkim is the least densely populated state in India, located in the Himalayas. In the past 20 years, its production of staple food grains has declined by 60%, while its population increased from 400,000 to 650,000. Consequently, it relies on significant imports from non-organic states. The idea that it can be used as a positive example for the whole of Europe to follow, even in part, is breath-taking.

Can organic farming be part of the mix of solutions? Probably, in the right locations where its benefits work to best advantage, and its drawbacks are less important.

This isn’t intended to be pro or anti organic farming. It is anti-dogma. Sustainable food systems won’t be built like this. Environmentalist sacred cows may be worse for the planet than real ones.

Mallen Baker is a writer, speaker and YouTuber on evidence-based change-making, sustainability, corporate responsibility, politics and free speech. This is the first of a new monthly series of opinion pieces for Innovation Forum.