How do we value forests better? 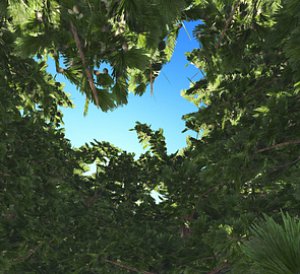 Worth more than a carbon sink

We all know about the environmental benefits of trees, including their positive impact on air quality and biodiversity. Deforestation and forest degradation together is the second biggest cause of climate change, responsible for about 15% of global greenhouse gas emissions.

But valuing forests – not only from a carbon perspective, but thinking also of the social and economic benefits from leaving forests standing – is complicated and less well understood. Businesses have different needs from different types of land, so calculating natural capital and placing a value on the same forests is not an easy task.

“A hyper focus on fossil fuel reduction as the single solution to climate change has left forests in the shadows of corporate and government action,” says Danna Smith, executive director of Dogwood Alliance, an organisation committed to protected forests across the southern states of the US. For her, the traditional way of thinking about forests as being ‘sustainable’ as long as they are replanted after harvest has ignored the realities of the climate impacts of forest degradation.

What does ‘value’ mean?

Translating the economic value of forests in terms of flood control, biodiversity and clean water supplies into financial gain has proven a challenge in an economy based in large part on the commodification of nature via the extraction and consumption of natural resources.

However, the support of the Paris climate agreement has underscored the need to protect and restore forests. Placing a value on that protection can give governments better information to inform policymaking.

The Reducing Emissions from Deforestation and Forest Degradation (Redd+) initiative has been perhaps the most progressive response to ecosystem protection thus far, creating a financial value for the carbon stored in forests and offering incentives for developing countries to reduce emissions from forested lands. A decade on, a plethora of projects exist that are contributing to a voluntary carbon market encouraging forest protection.

And there are numerous examples where the calculation of forest value has had a positive outcome. In the US, the standing wetland forests in the southern states have been valued at over $500bn thanks to their ability to provide coastal community protection from storm surges. In fact, their value for these ecosystem services is estimated to be 15 times greater than their value for wood products – a fact that has sparked a region-wide response to advance greater protection for 35m acres of wetland forests.

The Katingan Peatland Restoration and Conservation Project, supported by investment firm Permian Global, is another good example of calculating the economic value of saving large areas of peat swamp forest. The project in Indonesian Borneo demonstrates what can be done to offer local people sustainable sources of income and tackle climate change.

This is a project financed by what it achieves in sequestering and avoiding the emissions of carbon dioxide, and issuing this as carbon credits. Without the project, part or all of the forest area would almost certainly be degraded and converted to plantations in the not-too-distant future.

It is estimated that the 200,000 hectares covered by the project contains about 1 gigaton of carbon. If converted to plantations, the area could release up to 9m tonnes of CO2 equivalent a year, over a 30-year period.

Of course, such projects demand a strong voluntary carbon market, with companies buying up credits to offset their carbon impacts. However, in 2016, the purchase of carbon offsets dropped 24% from the previous year, with a total of 63.4m tonnes of CO2 equivalent traded (although most offsets sold came from wind, Redd+ or landfill methane projects).

Other challenges remain, not least in encouraging carbon offset schemes to take hold in countries plagued by corruption. According to Transparency International, of the countries making use of the Redd+ mechanism, the majority (89%) have a Corruption Perceptions Index (CPI) of less than 50 out of 100. “Can we really be optimistic about the success of a mechanism that is supposed to work among the most corrupt countries of the world?” asks Aditya Acharya, natural resource management officer at PolCom Research Centre.

There are also concerns that using conventional yardsticks for measuring the value of ecosystem services can miss the nuances of highly varied tropical landscapes, especially when taking into account the value of a forest for those actually living in it.

For businesses, understanding and working to mitigate financial risk associated with climate change is essential. In the same way companies invest in insurance or legal services to mitigate potential costs, companies can look at climate change as a risk to be managed, Danna Smith adds. “Companies are already investing in renewable energy and energy efficiency – and should be also investing in shoring up natural climate solutions, such as forest restoration, as a strategy for mitigating costs in the future.”