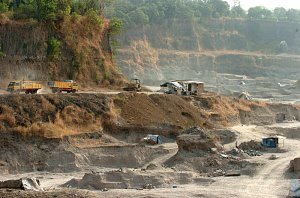 While Indonesia’s continued moratorium on new forest commercial activity is welcome, it is time for more progress on enforcement

On 13 May, Indonesia’s president, Joko Widodo, signed a “presidential instruction” that has the effect of extending for another two years a moratorium on new commercial activity in the country’s primary forest and peatland.
It was the second time the moratorium has been extended – it was first adopted in 2011, and renewed in 2013.

The moratorium’s original aim was “improving management of forest resources by ʻpausingʼ business-as-usual and allowing time to implement reforms”, according to the World Resources Institute. The Indonesian rainforest is the world’s third biggest, and its protection is vital, among other things, for reducing the country’s greenhouse gas emissions, 80% of which come from deforestation and the destruction of peatlands.
Four years on, business-as-usual – such as conversion of forest into oil palm plantations – remains paused. But despite this, there seems to be little real reform.

Commenting on the renewal of the moratorium, Indonesia’s deputy minister for environmental degradation control and climate change Arief Yuwono says the objective was to “give more space to improve our management”.
Progress seems to have been slow on fundamental issues such as mapping. Yuwono says Indonesia is still working on getting a detailed overview of its primary forest as a “basis for management”.

Critics of the moratorium say it has too many loopholes, that there was a rush of new permits granted “in principle” ahead of the 2011 moratorium, that local governments continue to allow activities in areas supposedly covered by the moratorium and that areas have been re-designated to take them out of its scope.

In addition, WRI surveys have shown the moratorium is poorly understood by local officials. And enforcement is also lagging, with no specific powers to pursue violators, though Yuwono argues that the moratorium should be seen in the context of other laws and enforcement provisions that apply in Indonesia.

On the positive side...

But there is a more positive take on the renewal of the moratorium, which was put in place following an Indonesian agreement with Norway under which the Norwegians agreed to provide $1bn in support for better forest management.
Rannveig Formo, a forest and climate councillor at the Norwegian embassy in Jakarta, says that at least the moratorium has been extended. It was originally put in place by previous Indonesian president Susilo Bambang Yudhoyono, and has now been continued under the new government that took office in October 2014. “The fact that there is a continuation and not a weakening is a positive sign,” Formo says.

She adds that in some places the moratorium has been highly effective – even if in other areas implementation has been weak.

Also, there is evidence that the moratorium has had some positive effect. A Norwegian preliminary analysis in April 2015 showed that deforestation in Indonesia declined by 48% between 2012 and 2013. Other factors probably contributed to this, such as zero-deforestation pledges from companies, but the moratorium may well have played a part.

But the best way of reinforcing the gains might be to promote a change of attitude. Instead of defaulting to new forest clearance for palm oil, for example, it would be better to improve the productivity of existing plantations through better management. Limiting new forest concessions might spur this.

This represents an opportunity for brands to lend their support, by continuing to adopt and reinforce zero-deforestation promises while offering targeted support to help producers of commodities such as palm oil improve their practices. This could take the pressure off the forest, and help the Indonesian government to move more quickly in its forest protection efforts.