Is sustainability certification worth it? 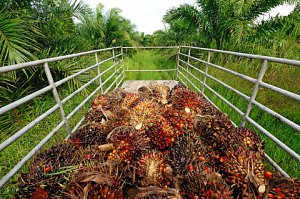 Don't get palmed off

Could the days of sustainability certification be numbered? Certification of commodities such as palm oil as a tool against deforestation sounds good in theory. If robust assurance is in place, certification can engender confidence in the supply chain and produce environmental and social improvements. But is certification really effective?

A growing body of opinion and evidence holds that it is not. Certification schemes have proliferated but the world’s sustainability problems are manifestly becoming more pressing. Clearly, sustainability certification by itself is not the solution.
According to detractors, certification has many weaknesses. Standards must usually be agreed across a sector or supply chain and might be set at a lower-than-optimum level to encourage weaker companies, rather than exclude them.

Schemes can be vulnerable to greenwashing. And once criteria are agreed, implementation must happen on an ongoing basis, with a complicated apparatus of monitoring to make sure that it is.

Companies might be spending money and effort on certification to obtain results that could more easily be obtained by other means. A recent study for the Mongabay Tropical Conservation Science journal indicated that certification schemes are less effective in cutting deforestation than company-led moratoriums in which brands simply refuse to purchase from suppliers that fail to protect the forests.

The study looked at the admittedly small sample of two certification schemes – the Roundtable on Sustainable Palm Oil and the Roundtable on Responsible Soy – and two moratoriums – the Soy Moratorium, which is designed to protect the Brazilian Amazon, and the Cattle Agreement, which also operates in Brazil.

The study concludes that certification schemes “are based on consensus and have lower requirements for reducing deforestation”, whereas the moratoriums are more black and white – stop deforestation or lose business.

In addition, certification schemes can be a brake on companies taking a more creative role to reduce environmental damage, Poynton argues.

He advocates instead a “VT TV” system – values, transparency, transformation and verification. He says that companies should set their own objectives based on their values, and should become more active in implementing them (the “transformation” part). Through practical experience – by, for example, working with local communities to prevent deforestation – companies will better understand the problems and will start to find innovative ways to tackle them.
Transparency is of course essential. Companies must be able to demonstrate that they are doing the right things, backed up by appropriate verification. In principle, public sharing of results will push companies to ever-greater efforts.

Not everyone is happy with Poynton. Certification schemes have become industries in their own rights and have their own vested interests – not least some prominent NGOs. They argue that certification is a work in progress, with schemes being progressively improved.
In a recent commentary published on Mongabay, Greenpeace’s Grant Rosoman questions the sense in trusting companies to do the right thing. He argues that third-party verification and certification has a key role to play before company claims can be believed.
But the bottom line in sustainability should always be hard facts. Neither certification schemes nor moratoriums were able to stop the rate of deforestation in the Amazon suddenly increasing at the end of 2014, after some years of decline.

A rational approach – taking account of the fact the situation that, for example, small holder farmers in Indonesia find themselves in is very different to large agribusiness in Brazil – would be a better way forward. Whatever works best in different places to ensure that the goals of less harm are achieved, is ultimately what is required.