The 2030 targets challenge for the food sector 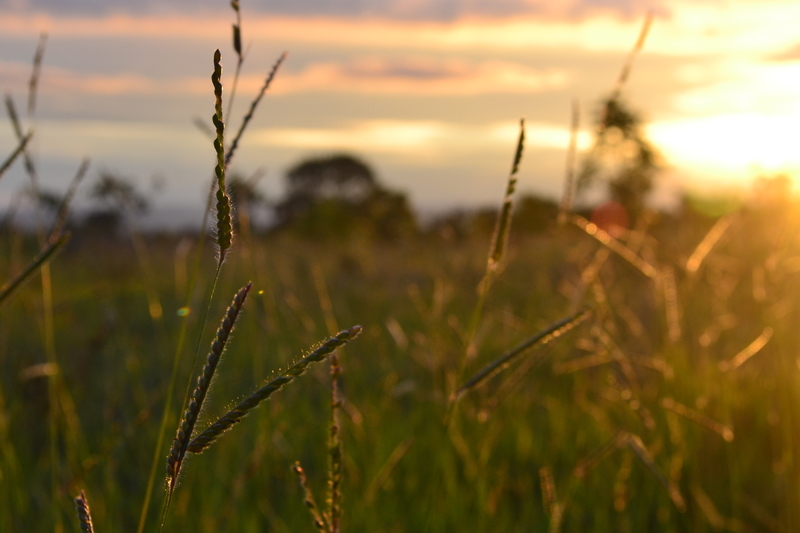 Brands want to know where commodities come from

There are no easy solutions for food companies if they are to hit their end-of-decade targets. An entire value chain approach is necessary

The risks to the future of our food system have never been greater, with pandemic impacts and as the climate crisis bites Food producers have to fight to survive and thrive in the face of more frequent and severe environmental and social challenges.

With a growing world population that will demand a 70% increase in food production by 2050, it is crucial the footprint of food is reduced. Right now, around 13.7 billion metric tonnes of CO2 equivalents are emitted by the food supply chain every year – not just as a result of farming, but in the associated manufacturing, distribution and packaging as well.

As the EU’s new Food to Fork strategy sets out, combatting the impact of red meat consumption in particular is crucial. Beef production is the biggest culprit; one kilogramme of beef results in 60kg of greenhouse gas emissions – nearly 2.5 times the footprint of the second worst offender, lamb. The deforestation caused by the cattle industry accounts for 3.4% of global emissions alone. While the risks from unchecked land-use-change have been acknowledged for some time, actual progress has been slow.

According to the latest data from CDP, most large food companies are not at all close to meeting their 2020 goals, and are well off track when it comes to achieving sustainable production by 2030. Despite the efforts of, for example, the Consumer Goods Forum to establish net-zero deforestation by 2020, just eight of 22 companies analysed have a comprehensive forest and land-use management practices strategy, according to CDP. Just three businesses had achieved 100% certification in palm oil, and only one in timber.

Many companies have nailed their colours to the climate mast by setting 2030 goals. But what can realistically be achieved in the next decade? And what are the steps businesses are taking to ensure they are contributing?

To bolster their commitments – and create more credible goals – many companies have, of course, turned to the Science-Based Targets Initiative to establish meaningful targets that are in line with the best available science.

These targets enable companies such as Maple Leaf Foods, the first major food business in the world to have achieved carbon neutral status, to “double down, and gain a leadership position,” according to Tim Faveri, the company’s vice president for sustainability and shared value.

And because the initiative keeps evolving, requiring its users to update their targets as the science moves on, it keeps the firm accountable, year on year, he adds. Faveri believes that Maple Leaf can achieve its stated targets by 2030. “But, targets aside, I believe most of the value to businesses that set bold targets is in their journey to get there.”

For Jon Hixson, vice president for global government affairs and sustainability at Yum! Brands, owner of Pizza Hut and KFC, science-based targets offer important clarity. So far, sustainability progress in food has been held back by an absence of standardisation in goal setting, he says. Science-based targets leave no wriggle room for misunderstanding what “good” looks like.

Own house in order

Understandably, carbon reduction efforts during the last decade have focused largely on creating efficiencies in factories, facilities, transportation and packaging. Cutting the amount of energy needed to make products has been crucial, with many companies posting impressive results. Confectionery and pet care business Mars has reduced its scope 1 emissions by 25% in the last decade and aims to be net-zero by 2040. It’s on target, with 58% of its global portfolio already being run on renewable energy.

At Yum!, investment in creating LEED-certified restaurants, while greening its 50,000 restaurants worldwide, is having positive impact on its carbon footprint.

But as Maple Leaf’s lifecycle assessment of its 375g bacon product clearly shows, the real impact is being felt outside of the factory. When it comes to climate change, the footprint associated with processing, logistics, packaging and retailing is a fraction of what it is for producing food for pigs and keeping them.

If the food and drink sector is to make any progress in the next ten years, it will need to find ways to bring suppliers, farmers and producers with them, and reduce scope 2 and 3 emissions.

It is something Mars is determined to achieve, says Ashley Allen, the company’s climate and land senior manager. Its achievements in tackling scope 1 emissions gave it the confidence to influence its supply chain more broadly – “not just to pick and choose which scope 3 emissions to focus on, but to capture everything”.

Finding out that Mars has a similar carbon footprint to a small country was a big eye-opener, she says. “Our 2015 baseline was 33m tonnes of CO2; it made us realise what sort of impact we can have as a company, with the ability to influence emissions in a really meaningful way, globally.”

Land-use change – land being cleared for agriculture – is a significant metric, not just for Mars, but for big food players everywhere. Ensuring that the cocoa, palm oil, beef, soy and pulp and paper you are buying is not associated with deforestation is an “important lever” in reducing emissions, says Allen.

She takes pride that Mars has seen a small decline in emissions in the last two years, despite continued growth, and without the need for offsets. Mars requests all suppliers set carbon goals and target 100% renewable energy, and offers support to help them achieve these. Mars is currently working on a reward and recognition programme for suppliers that up their carbon game.

Increased use of technology platforms and data analysis will also play a larger role in the coming years. Last year, chicken producer Tyson Foods used a network of agronomists to give its farming suppliers better tools that will help them improve their incomes while lowering their environmental impact and GHG emissions. Using farm management software, 11,000 farmers have started anonymously learning from each other about best agricultural practice, such as which cover crops to plant and how to improve soil quality.

Cargill, one of the biggest companies in the world, is banking on technology to improve traceability and transparency. According to its latest sustainability report, half of the “sustainable” cocoa beans in its global direct supply chain are now traceable from farm-to-factory – up from 35% the previous year. This is thanks to the use of barcodes and an online management system, which connects farmers directly to buyers.

Meanwhile, the Cargill data platform holds real-time data on 300 supplier indicators, including where a farm is located in relation to protected forests or areas of known tree loss. Technology to boost transparency is the answer.

While progress must be scaled up to really create systemic change across the food system, the sector-wide response to covid-19 challenges offers hope. Despite the disruption, global food supply chains have remained robust, and innovative and collaborative approaches have been warmly welcomed. In Honduras, for example, food has been planted on unoccupied lands to help ensure food security. And a number of Latin American countries rallied together to coordinate a regional food security strategy.

Pre-competitive collaboration with a commitment to continuous improvement, from one end of the value chain to the other, is the answer, Faveri says. But roundtable and certification initiatives only work if everybody takes part. “If companies are doing it purely because a customer is asking them to do it – and they don’t participate – there is no value being gained.”

So is an all-in approach the answer? Allen thinks so. “We cannot hit our goal without our suppliers, and their suppliers, doing their bit too.”