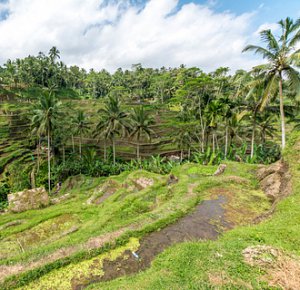 Take a landscape or a jurisdictional approach, which consider all the stakeholders involved, and then some deforestation solutions begin to appear

Considering the impact of a forest – whether left standing or cut down to make way for commodity plantations, for example – demands an observation of the economic, social and environmental needs of a whole region (or landscape). This, of course, includes taking into account the interests of all those who rely on forests, including local individuals, communities, companies and governments.

For example, peatland forest fires in southeast Asia happen when degraded land has dried out. Those peatlands cannot be protected unless there is landscape level assessment and protection; there’s no point in one farmer protecting his 800-hectare peatland if the neighbouring farmer isn’t doing the same. It is all one ecosystem.
Think carbon
A number of standards and methodologies have been devised to help support companies in working out how best to minimise their negative impact on any given landscape. The High Carbon Stock Approach, for example, has been designed to balance forest protection with the need to let developing economies grow – allowing a limited amount of land to be cleared for plantations. The HCS methodology distinguishes forest areas of high value that should be protected versus degraded lands with low carbon and biodiversity values that may be developed.

However, protecting forests through the lens of a landscape is no mean feat; it demands getting all of the aforementioned players to work together to conserve it. Deforestation, in many cases, is an illegal action and thus a governance problem. So to deal with deforestation, frequently a large part of the solution involves developing capacity to tackle the underlying governance problem – an argument made to Innovation Forum by Environmental Defense Fund’s Chris Meyer.

A jurisdictional approach – involving government – to dealing with these issues is already starting to take a hold where governments are more able to enforce regulations or bring various stakeholders together whenever difficult problems, such as land use, arise. According to TFA 2020, jurisdictional approaches are “integrated landscape planning initiatives aligned with sub-national or national political jurisdictions to facilitate government leadership in advancing green economic development”.

But convening the various affected parties has been more difficult in developing countries, where there are fewer resources and capacity to adopt new approaches to dealing with age-old challenges.

However, that is beginning to change in places such as Mato Grosso in Brazil where the government-facilitated production, conservation and inclusion (PCI) programme has seen donors, NGOs and corporates pool resources to come up with a set of policies and actions for companies to take in tackling illegal deforestation and boosting agricultural production.
Among the companies that have adopted a landscape, and jurisdictional, approach to commodity sourcing commitments, Unilever continues to lead the field, particularly with its work on palm oil sourcing in Indonesia. Here, it is working with sustainable trade non-profit IDH to deliver net positive environmental impacts and improve the livelihoods of smallholder farmers by mapping land use across north Sumatra and by allocating land to its highest value use to maximise productivity. Unilever’s Produce & Protect strategy has been praised thanks to its focus on engaging properly with governments – something that will give them the incentives they need to reduce deforestation.
The Cocoa and Forests Initiative, the multistakeholder collaboration involving the governments of Côte d’Ivoire and Ghana, is another good example of collaborative commitment and action. The group, which includes Mondelez, Nestlé, Barry Callebaut and Mars, as well as local civil society and indigenous groups, is committed to not only prevent any activities in the cocoa sector that cause or contribute to deforestation or forest degradation in protected areas. It works to align these actions with the national REDD+ strategy and any other relevant national strategies developed by the two countries.

The cocoa initiative has been welcomed widely as an example of how a multistakeholder process can work. Those involved are rightly hopeful for success. “There is no other commodity for which governments, industry and NGOs have come together to agree on concrete measures to eradicate deforestation,” according to Christiaan Prins, head of external affairs at Barry Callebaut.
So, collaboration is key. And taking a landscape, or jurisdictional, approach to achieving zero-deforestation commitments makes sense if all players are part of the conversation and to have a say in how the goals will be met. As WWF has pointed out, top-down definitions of success can damage relationships and make smallholder producers and their local governments less likely to engage.