Trends digest: how to value forests and forest products 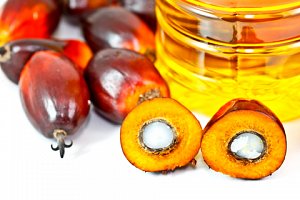 When palm oil giant First Resources announced its latest sustainability policy it continued something of a trend for new and stronger commitments from corporates that produce, trade or use palm oil to completely eliminate deforestation from their supply chains.
A long-standing member of the Roundtable on Sustainable Palm Oil, the Singapore-listed company’s new policy demands more stringent standards than the RSPO sets out for its members, which does not ban all deforestation. Working with TFT, First Resources has prohibited the destruction of high carbon stock (HCS) forest, defined as containing more than 35 tonnes of carbon per hectare.

Dozens of companies, including Unilever, Cargill, McDonald’s and Mars have made similar commitments in the last five years.
This beyond-RSPO focus on zero-deforestation gives companies a chance to show leadership and more easily communicate with consumers, who can be confused by various deforestation commitments and certification. But as Glenn Hurowitz from the campaign group Forest Heroes says, the “decisive action” taken by First Resources shows that it is a company that is “ready to compete in the race to deliver the deforestation-free vegetable oil that consumers and investors around the world prize”.
With hundreds of definitions even as to what constitutes a “forest” – the World Resources Institute says there are more than 800 different ways – there are understandably various ways to define the loss of one too. Some methods look at the loss of tree cover, others look at the change in use of the land, for example.

So-called “zero-deforestation” policies leave little room for ambiguity, though, as they include not only promises to address the clearing of forests, but also details of other important elements of commodity production that go beyond deforestation, such as respect for indigenous land rights, obtaining free, prior and informed consent from local communities, and no use of forced or slave labour.
Investors slow to take account of natural capital risks
Thanks to the work of global initiatives such as TEEB (The Economics of Ecosystems and Biodiversity), the value of nature – including forests – is more visible than ever. Traditionally the domain of the global environmental movement, the range of important services our ecosystems provide to companies is slowly creeping into the consciousness of business leaders and investors – especially when a dollar value is attached to it.
The latest research puts the value of nature’s services to the global economy at $125 trillion a year. And studies, such as those carried out by KPMG and the Natural Value Initiative, are putting a real emphasis on the risk exposure faced by sectors with a high natural capital dependency, including food, fisheries, water utilities and pharmaceuticals.
Around 25-30% of the pharmaceutical market, for example, is derived from nature’s genetic diversity. According to Dorothy Maxwell, author of Valuing Natural Capital – Future Proofing Business and Finance, “it is estimated that one major drug is lost every two years as a result of natural capital degradation”.
Research conducted by Trucost in Brazil found that the annual natural capital cost of sectors that the country's banks and pension funds are financing amounts to $1,646bn. “Even if some of the sectors only had to pay a small proportion of these costs as a result of extreme weather events such as droughts or changes in consumer demand, shareholder returns and loan repayments would be adversely affected,” it says. In the abattoir sector, for instance, paying just 2% of its natural capital costs would be enough to wipe out its profits.

Investors need to pay attention – and, slowly, they are. According to a study carried out by F&C Asset Management, investors are exploring new opportunities linked to biodiversity and ecosystem services but they are also increasingly concerned about potential risks. “Strategies being employed include ‘red-lining’ investments – making it difficult for people to access loans – in areas of high biodiversity and developing sector guidelines for environmentally sensitive sectors. For example, Rabobank has specific requirements regarding impacts on biodiversity for palm oil and soya,” says TEEB.
The ecosystem protection and poverty reduction balance

Demonstrating that the answers to environmental and economic problems are generally never straightforward, new research suggests that companies might be missing a trick by throwing all of their attention at minimising deforestation – for its own sake – and failing to look at it in terms of wider protection of ecosystem services.

That is certainly the view of a new study that has analysed the impacts that some protected areas in Brazil, Costa Rica, Indonesia and Thailand have on both the storage of carbon emissions and in poverty reduction.

It found that, despite the protected areas under the spotlight not necessarily being established with CO2 conservation in mind, collectively they have stored at least a billion additional metric tonnes of greenhouse gases. In economic terms, they have provided ecosystem services worth at least $5bn, according to Paul Ferraro, co-author of the study and researcher at Georgia State University in the US.

However, the impact of less deforestation on CO2 is associated, in some cases, with the reduction of poverty and in others with its exacerbation. Protecting low-gradient plots from deforestation – which might be highly valued in agriculture and forestry – “may impoverish local populations without necessarily generating significant CO2 conservation,” says the study.

Prevent deforestation in areas close to city centres and you might help to store more CO2. But it won’t help the farmers who would be further from markets to sell their produce. In Thailand, for example, the study shows that the smallest economic impact from prevented deforestation is produced at around 100 kilometres from cities. These locations have the biggest positive CO2 impact.

A solution proposed by the study’s authors is to get the right balance between conservation of species and habitats, and that of human wellbeing. Ferraro says: “We are not trying to reduce deforestation, but to protect biological diversity, store CO2, prevent erosion or provide hydrological, pollination and tourism services, among other things.”