Why business needs to stand up to Brazil in the Amazon 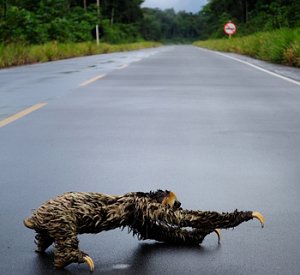 Absorbing some 1.5 gigatons of carbon dioxide a year, it’s no wonder Brazil’s 390 billion trees have long been referred to as the lungs of the world. But despite worldwide attention, and previous progress in protection, they remain under threat.

And in the last two years, deforestation rates have been on the rise, with annual tree loss in the Brazilian Amazon spiking 29% to 3,088 square miles in 2016.

Many experts put this down to the current administration choosing to take its eye off the ball when it comes to environmental protection, seemingly determined to reel back on many of its green laws.

Last week, there was a small victory when Brazil’s president, Michel Temer, vetoed legislation that would have slashed protected reserves in the Amazon. However, according to Greenpeace, the move is little more than a political manoeuvre, with the same provisions due back on the agenda soon enough.

Supporters of recent plans to clear almost 600,000 hectares of rainforest say that the country needs to open up more land for farming, cattle ranching and mining because it would help to create jobs and foster economic growth. The current position taken by the government is that Brazil has plenty of protected areas and it needs to continue to open up land for development.

Not only would such further moves be damaging for essential planet ecosystems – certainly making it harder for Brazil to meet its international climate change commitments under the Paris Agreement – but it could also expose indigenous communities to many more risks of exploitation. “People will invade, clear and start farming the land and then start faking property titles to it,” says Roberto Vamos, coordinator of the Climate Reality Project in Brazil.

The fear is that the extraordinary case of Pedro Cordeiro, an alleged repeat environmental offender who has never been found, and who might not actually exist, could become commonplace.

“President Temer and his allies in the agribusiness lobby are a direct threat not only to the climate and local biodiversity, but also to communities and indigenous people whose livelihoods depend on the Amazon rainforest,” says Cristiane Mazzetti from the forest campaign at Greenpeace Brasil.

Then there’s the direct threat of losing out on millions of dollars in environmental protection funding support. Norway, which has contributed some $1.1bn to Brazil’s Amazon fund since 2008, says that if the country fails to reverse the deforestation trend, it will bring contributions “down to zero”.

Events in South America’s largest country pose an interesting question for multinationals, many of which have invested heavily in developing supply chains that protect forests. Any newly-cleared areas of land in Brazil that are opened up for palm oil, beef, soy or any other commodity will be off limits to the many companies that have established strict sourcing policies.

But how should companies react when government intervention flies in the face of their current ethical and sustainable approaches to supply chain management? Well, companies that invested in zero deforestation policies run the risk of losing ground significantly, since the rollback planned by Temer and the agribusiness lobby will intensify deforestation, conflicts and land grabbing, according to Mazzetti. “Business must take a position and repudiate publicly those measures,” she says.

Mazzetti argues that companies should also use their influence and connections to stop those proposals. Companies that have made zero deforestation pledges should “speed implementation and demand transparency from governments”.

Recession-hit Brazil’s struggle to maintain strong forest protection laws while continuing to grow its economy is real. But the corporate community – which continues to support Brazil’s vast farming communities – has an opportunity to make itself heard and encourage Temer and his colleagues to make the right choices for the country and the planet.