Why things are looking up for agriculture innovation 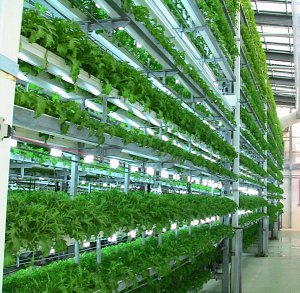 Farming in the air

Can the likes of vertical farming answer the critics and become more than a trend?

We all have to eat. So, more sophisticated manipulation of our food systems has become increasingly welcome in the face of plateauing productivity in many corners of the world.

The situation is not new of course. According to a 2012 study published in Nature, the previous 40 years had seen yields either fail to improve, stagnate or collapse entirely across between 24% and 39% of the world’s maize-, rice-, wheat- and soybean-growing regions. And even the wealthiest countries are not immune to the ongoing struggle. More recent Nature research suggests climate change could have significant negative impact on crop yields in the main crop-growing regions of the US.

Thankfully, when it comes to challenging traditional agricultural practices, the world is not short of new ideas and innovations – from gene editing to climate-smart practices – designed to help farmers produce more food from less land and to satisfy increased demand from our soaring global population.

While it’s perhaps not a direct answer to the challenges of sourcing agriculture’s big commodities, one of the more interesting and column-inch-grabbing of these innovations is urban, vertical farming.

Vertical farming does have its detractors – who argue principally that such farms are a wasteful use of urban real estate that can be energy-hungry compared to sun-fed crops grown out of town. But on the other hand there are a growing number of examples showing a route for warehouse-style farming to be economically, as well as environmentally and socially, sound.

In Tohuko, Japan, a former Fujitsu factory was the country’s first successful indoor vertical farm. LED lights “feed” stacked trays of salad leaves, water mist keeps the crops hydrated and more than 3,500 heads of lettuce are produced every day. Meanwhile, an old plant owned by Sony has been repurposed as a hydroponic facility now creating some 10,000 lettuces a day.

In the US, one of the more successful vertical farmers is New Jersey-based AeroFarms, which uses aeroponics and LEDs to grow salad crops all year round. It does this in a way, AeroFarms says, that is 130 times more productive per square foot annually than a traditional field farm, while using 95% less water and zero pesticides.

In these examples are pockets of evidence that industrial, warehouse-style farming is a practice that is economically, as well as environmentally and socially, sound. But if scalable alternatives to business-as-usual farming are to be realised, technologies such as vertical farming need to mature, and quickly.

Marc Oshima from AeroFarms is confident that is happening. He says that indoor vertical farming is not a fad but part of a move to better food production, with levels of productivity that allow for scale and being able “to set a new standard, from seed to package, of controlled agriculture”.

“As a result, we are able to be priced at the exact same price as traditional field farming and that is critical to having the large scale impact of feeding the world.”

Next up for AeroFarms is to put machine learning and big data to work. It already captures 30,000 data points with every harvest. And that 30,000 could scale to millions soon – “that would allow us to harness a tremendous amount of insights and predictive analytics to ensure a high level of quality consistently all year round”, Oshima says.

Agriculture need only look at other sectors such as car manufacturing and energy generation for inspiration, industries that have worked hard to diversify and future proof themselves by investing in low-carbon vehicles and clean energy infrastructure respectively.

Tyson Foods’ investment in the plant-based protein burger company Beyond Meat could point to a future trend for the big food players experimenting with what they offer and protecting their assets for the longer-term.

And what might have appeared to be a risky strategy five years ago is looking increasingly attractive. Research by the Business and Sustainable Development Commission suggests that an annual investment of $320bn in sustainable business models could generate some $2.3tn a year for agricultural companies by 2030, creating more than 80 million jobs. While, of course, keeping us all fed.