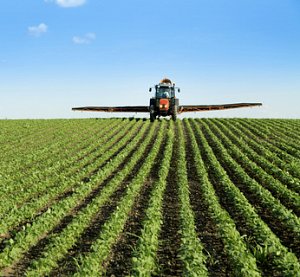 Soy expansion not at forests' expense

Only 1% of new soy expansion in the Amazon region came at the expense of the forest, compared to 30% in the recent past, a recently-published academic study finds. The turning point according to the research, published in the journal Science, came with a moratorium imposed by large-scale soy producers in 2006.
Soy cultivation has more than doubled in extent across the region since the moratorium took effect, but with farmers turning to already deforested land. In addition, the study finds compliance with the moratorium to be higher than with the Brazilian government’s forest code.

Registered violations by soy producers over the last eight years number 115 in the case of the moratorium, and more than 600 in the case of the government’s policy. Less promising is the conversion rate to soy outside the Amazon, with an estimated 20% of new soy fields in Brazil’s ‘cerrado’ regions coming at the expense of savannah.

A separate study on Indonesia’s moratorium presents a broadly positive story too. Introduced in 2011, the ban on district governments granting new licenses for palm oil, timber and logging activities abated carbon emissions by an estimated 1-2.5% between 2011 and 2015.

Without extending and strengthening the moratorium, however, Indonesia is likely to miss its emissions reduction target of 26% by 2020, the study calculates. Between 2000 and 2010, only 15% of greenhouse gases came from deforestation within forests covered under the existing moratorium. The remainder derived mostly from deforestation in existing concessions (21.1% of emissions) and in forests and protected areas outside concession areas (58.7%).
Stalled Malaysian progress

The fight against illegal deforestation in Malaysia has made “little progress” over the last four years, according to recent research published by Chatham House, the London-based think tank. Recognition of customary rights, coupled with corruption and lack of transparency, are identified as key barriers to progress.
According to satellite data, deforestation rates have remained consistent at about 1.6% per year. Expansion of timber, pulp and agricultural plantations (which include oil palm and rubber) are identified as the main drivers of forest loss in the country. The latest government data indicates that 53% of Malaysia’s 4.7m palm oil areas are located in Peninsular Malaysia, while Sabah and Sarawak represent 30% and 17% respectively.

The Malaysian government aims to expand palm oil plantations to cover 5.6m hectares by 2020. Most of this expansion is projected to occur in Sarawak. Logging has already degraded an estimated 80% of the forests in the islands of Sabah and Sarawak.

Agriculture now outpaces deforestation as a cause of global warming, a high-level study in the journal Global Change Biology finds. The research, led by the UN Food and Agriculture Organisation, attributes 8% of anthropogenic emissions to deforestation, down from an average of 12% in the 1990s.
Actual emissions linked to deforestation (technically described as “net forest conversion”) remain stable at an estimated 4.8 gigatonnes of CO2 equivalent per year (as of 2012). In contrast, the agricultural sector is responsible for around 5.4gt CO2e annually, equivalent to 11.2% of anthropogenic emissions.

The study’s authors argue the findings indicate that the attention on forestry in global climate policy should be tempered by an increase in mitigation measures for agriculture.
DuPont discloses on deforestation
Global chemicals company DuPont agreed at its recent 2015 annual general meeting to submit a public report detailing the impact of its supply chain activities on deforestation. The report, due for completion in November 2015, will be in line with disclosure guidelines set by pro-transparency group Carbon Disclosure Project.

According to CDP, over one billion people around the world depend on forests for their livelihoods, while 10% of global greenhouse gas emissions come from deforestation.
Alongside environmentalists, the investment community is increasingly quick to welcome moves towards transparency such as that of DuPont. The number of investor signatories demanding corporate disclosure through CDP’s forest programme increased by 30% during 2014, the London-based disclosure group reports.
It’s not just DuPont that is responding, either. In response to CDP’s most recent request for information, 162 companies with market capitalization of $3.24tn submitted data. In addition, 19 major corporations made further “zero deforestation” commitments in the first nine months of 2014 alone, including the likes of Cargill and Unilever. CDP counts 240 financial institutions as signatories to its forests programme. Collectively, they manage over $15tn.
Forest verification on the rise in Cameroon

The proportion of Cameroon’s active forest concessions that are verified as legal or certified sustainable now accounts for around half of the country’s total production forest, according to a report by Chatham House.

The latest figures (taken from 2012 data) show a big since 2006. However, only 20% of the verified forests are certified as sustainable, with the largest proportion (45%) qualifying under the less rigorous verified legal origin standard. Either option is acceptable under the EU Timber Regulation and the US Lacey Act.

Meanwhile, exports to the US, EU and a handful of other markets designated as “sensitive” by Chatham House dropped from 70% between 2000-2007 to around 40%, the latest figures reveal. The shortfall was made up for by exports to “non-sensitive” countries, particularly China.

The Asian powerhouse increased its imports of Cameroonian timber from 50,000 square metres in 2001 to 397,000 sq m in 2012. The jump is partly explained by a ban on log exports from Gabon in 2010. The forest sector in Cameroon comprises 89 concessions over 6.3m hectares, and accounts for around 4% of the nation’s GDP, employing 23,000 people directly.
Join experts from PepsiCo, Staples, Dunkin’ Brands, Wilmar, Hersheys, Greenpeace, TFT, 3M and many more at Innovation Forum’s conference on how business can tackle deforestation, 14th-15th April in Washingon DC. Full details here.