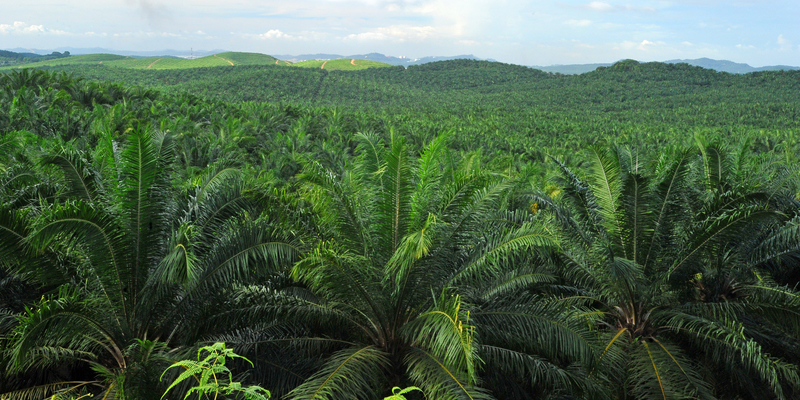 Are there reasons to feel optimistic about the actions business has taken on deforestation? Reflecting the challenges, the answer is complex

It has been five years since the first Innovation Forum conference on deforestation. And the conversations and commitments to eliminating deforestation and protecting important ecosystems have certainly moved on since 2014.

But just how much progress has been made in the last few years? It’s a tricky question. There are many contributing factors, the baseline is inconsistent between the many actors involved, and the way positive progress is monitored and reported remains disjointed and piecemeal.

Despite a growing understanding of the underlying risks and climate change impacts, the protection of forests and ecosystems remains a struggle. Land speculation, driven by a promise of increased land prices combined with low cost of land, low cost of clearance and low risk of being caught is a huge problem.

According to Global Forest Watch, 18m hectares of tree cover were lost in the tropics alone in 2018, including 3.1m hectares of primary forest. The Consumer Goods Forum says that at least 40% of this forest loss is the direct result of expanding production of agriculture to produce commodities such as soy, cattle, palm oil, rubber and cocoa.

Despite this backdrop, an unprecedented level of awareness and public commitment to eliminating deforestation from supply chains does appear to be helping to turn the tide. “[There is] an increasing acceptance – even normalisation – of the need for action, and that inaction is increasingly seen as unacceptable,” says Toby Gardner, a senior research fellow at Stockholm Environment Institute.

According to Tropical Forest Alliance 2020’s progress report from 2018, the number of corporate commitments on deforestation had grown to include those from 785 companies. This includes those commitments made by individual companies, as well as through endorsing wider initiatives such as the New York Declaration on Forests or the Consumer Goods Forum’s deforestation resolution, which give 2020 as the target year for achieving supply chains with net zero deforestation impact. The report did highlight, however, a marked decline in the rate of new commitments since 2015.

TFA 2020 argues that such commitments have reached sufficient scale to send strong market signals – particularly for international palm oil markets in southeast Asia, the largest pulp and paper players operating in tropical regions, and for beef and soy export markets from Brazil.

Of the 250 companies said to have the greatest exposure to forest-risk commodities as identified by Global Canopy’s Forest 500 ranking, 58% have at least one forest-related commitment. Deforestation-free palm oil commitments, for example, cover around 65% of global palm oil and kernel production for those companies.

However, when looking at specific countries and regions at most risk of deforestation and ecosystem loss, a less positive picture emerges. In Malaysia and Indonesia, just one third of the production area is covered by commitments, with vast landscapes, largely operated by smallholder farmers, unchecked.

And while cattle and soy production in Brazil appears to be under some degree of control (with more than 85% of beef and 60% of soy exports covered under a commitment or sectoral agreement), the global share of the production of cattle, soy, and pulp and paper covered by corporate commitments remains small at just 7-11%.

While promises and commitments from the corporate world have been welcomed, their implementation and real action being taken on the ground has been questioned. According to Gardner, progress in meeting the 2020 targets set by companies as part of the CGF’s zero net deforestation mission has been “abysmal”.

Greenpeace agrees. The group has long been frustrated that, in its view, not one company or country is able to claim truthfully not to be involved in deforestation through their supply chains.

Speaking to Innovation Forum, Greenpeace UK’s head of forests Richard George says that despite the progress that companies point to, most still don’t know where the commodities – particularly soy – that they buy come from. He argues that steps being taken are “not commensurate with the scale of the problem” and that the opportunity to tackle the overall deforestation challenge through cleaning up of supply chains has now past. Radical business model shifts are now necessary, George says.

CGF admits there is still demand for commodities from converted lands, and local economic incentives to continue such practices. In 2010, its strategy was rooted in remediating individual company supply chains through certification.

But the organisation has realised that certification is not, on its own, the comprehensive solution the world needs to end deforestation. “We should have been faster to recognise the limitations of narrow supply chain interventions,” says Ignacio Gavilan, CGF’s director for environmental sustainability.

He adds that the singular focus on certification “incentivised us all to think small”. Now CGF is looking at how it can re-evaluate relationships with suppliers who cannot meaningfully show they follow acceptable business practices across their respective commodity supply chains, not just what they sell. “There’s a clear need to advocate for and support practices and policies that change behaviours and outcomes at a macro-level,” Gavilan adds.

This is a position being echoed by more companies. Global chocolate company Mondelēz International says it takes deforestation seriously, not least because of the risk environmental degradation poses to its farmers and its business.

Through its Cocoa Life programme, Mondelēz is investing $400m over the next 10 years in projects it says will have the biggest impact: turning cocoa farming into a business of choice, while helping to protect land rights for thousands of farmers. So far, it has mapped 63% of Cocoa Life farms in Ghana, Cote d’Ivoire and Indonesia (93,000 farms) using Global Forest Watch to make sure farmers are not operating in priority protected areas. By the end of 2019, it hopes to have mapped 100% of farms.

“While we’re proud of our progress and better understand the job ahead, we haven’t seen enough progress on the ground overall,” admits Jonathan Horrell, the company’s director of global sustainability. The business has also joined the Cocoa and Forests Initiative, to be part of a more integrated and collaborative sector-wide approach across policy, industry and NGOs.

Golden Agri-Resources, one of the largest palm oil plantation companies in the world, says it knows it has an important role to play in driving change. By engaging with suppliers, the company is helping to conserve 65,000 hectares of high carbon stock and high conservation value areas. The company is focused on improving traceability and has set a goal to track 100% of its palm oil back to plantations by 2020. Supply chain engagement to achieve this is tricky, however. “Our biggest challenge to achieve our goal is to take our third party supplier mills on this journey together with us,” Anita Neville, GAR’s senior vice president for group corporate communications, says.

There is a trend for more transparency with companies using technology to self disclose and monitor impacts. But detailed traceability, with information on volumes of flows of commodities through supply chains is still very scarce and often considered to be competitive information, Gardner says. “On the ground implementation is still very incipient and far too often is represented only in terms of pilot and demonstration projects with specific partners and places and not sectoral change.”

Reflecting the CGF’s thinking, the approach to certification is evolving more widely. From the “silver bullet” approach of the past, and a subsequent “beyond certification” backlash, there’s growing consensus now that certification is still an important tool in the toolbox when it comes to bridging the gap between commitment and on-the-ground action, but only one part of an overall solution.

In palm oil, 60% of the largest producers and traders operating in southeast Asia have committed to sourcing sustainable and certified palm oil. “The availability and wide acceptance of certification systems, such as the Roundtable on Sustainable Palm Oil (RSPO) makes such commitments unambiguous and comparatively easy to implement,” TFA 2020 says.

However, resistance to paying a price premium for certified products means certification has its limitations. “There is still a lag between supply and demand,” says the RSPO’s Fay Richards, acknowledging this is something the organisation wants to improve with both existing and prospective members along the supply chain. It has also been working hard on a jurisdictional approach to RSPO certification, promoting the benefits of certified palm oil production at a more local level.

The roundtable also appears to be prepared to require buyers amongst its membership to increase the proportion of certified palm oil they buy each year by 15%. Those that do not comply risk being fined or suspended from the RSPO.

In soy supply chains, the Soy Moratorium, involving all of the major soy companies, has had success in curtailing deforestation in the Brazilian Amazon. However, in some respects the problem has been displaced to clearance for plantations in the neighbouring Cerrado grass and scrublands, equally important ecosystems.

As elsewhere, the competing interests of local farmers, commodity traders and big brands in the Cerrado and elsewhere are complex – and solutions that allow farming communities to make a viable living while protecting and preserving the land are required.

And the pulp and paper sector is facing growing demand for wood fibre based products, not least from companies keen to move away from plastic packaging to satisfy consumer demands. The big players have generally made significant no-deforestation commitments, but how the sector will meet the increase in demand – and do this sensitively – is a big challenge.

The last five years have seen many influential companies in forest-risk commodities publicly declare an intention to end deforestation. But, as Toby Gardner says, businesses need to accept that they need to pay the full cost of producing commodities sustainably and not push the responsibility for achieving this only onto the backs of the producers.

And as Richard George argues, a supply-chain approach – relying on individual company promises, investments and programmes – doesn’t seem to be able to stop tree loss quickly enough. Too much land, often farmed by smallholders, is left out and the risk of ‘leakage’ remains high.

Improved traceability and transparency of operations will be crucial, as will embedding existing commitments into wider, regional agreements – not least through ever more focus on landscape approaches – that bring all value chain players into the conversation.

One point, however, where there is clear consensus: the next five years will need to see significantly faster progress than the past half decade.

Join 350+ expert delegates to debate the on-going challenges for business from deforestation risk, and some of the emerging solutions at Innovation Forum’s sustainable landscapes and commodities conference, 20th-21st November in London. Full details here.