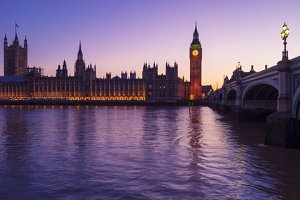 Supply-chain reporting obligations on companies are building up. Different jurisdictions are imposing a range of reporting rules on issues such as conflict minerals, emissions and illegally-logged timber.

Most recently in the United Kingdom, in March the government finalised the Modern Slavery Act 2015. Among other things, this requires companies to publish an annual “slavery and human trafficking statement” setting out what they are doing to ensure there is no forced labour anywhere in their supply chains.
The government has said the reporting requirement – which comes into force in October – will cover any company operating in the UK with an annual global turnover exceeding £36m. The provision will catch about 12,000 UK and non-UK companies.
The law does not force companies to do anything about slavery, but if they are not taking steps, they will be obliged to say so.
Companies with anti-slavery policies and practices should set them out in their disclosures, should highlight where risks exist in their supply chains, should include performance indicators, and should say what they are doing to train staff to be alert to the issues. It is likely that the first statements will be published in 2017.
Corporate onus

In common with reporting obligations on issues such as conflict minerals and illegal timber, the anti-slavery provisions are designed to get companies to take more responsibility for their supply chains. Ultimately, such laws could have the effect of extending standards demanded by western consumers and campaign groups to supplier countries.

But while more information on efforts to combat slavery in supply chains is welcome, the impact of the reporting rule is not entirely predictable.
It is likely to be almost impossible for companies to guarantee that their supply chains are slavery-free.

Clothing brands, for example, are cautious about making declarations about their products not containing cotton from Uzbekistan, where forced labour is used. The complex supply chain and mixing of cotton from different sources at spinning mills make it hard to be 100% sure.
Slavery more likely?

Uncertainty might lead companies to switch their operations away from countries where there is the possibility of forced labour, and to work with suppliers from “safe” countries only. This could have the counter-productive effect of making slavery more likely in some countries, as they become suppliers only to companies without reporting obligations.
This allegation has been made against the United States Dodd-Frank conflict minerals disclosure rule, which has led some companies to simply stop buying from risky areas.

In addition, there could be a risk that companies that openly admit to problems find themselves in the spotlight for their disclosures, while those that make superficial or obtrusive statements will avoid scrutiny.

For this reason, NGOs working on the issue, such as the Catholic Agency For Overseas Development would prefer a central depository of disclosures so they can be more easily compared, rather than a hide-and-seek game of trying to find statements buried deep in corporate websites.
The UK government is due, probably in October, to publish guidance on the disclosure obligation. This could tackle and seek to minimise the unintended consequences.

The best outcome, according to campaigners, would be a situation in which companies feel able to be open and honest about the challenges they face, as a basis for cooperation in tackling modern slavery.