Can 2016 be a year of exponential progress on deforestation? 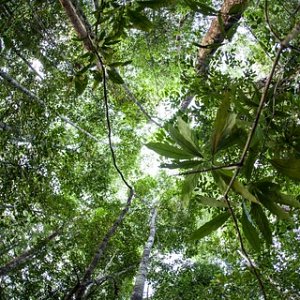 Smart businesses should be able to eliminate deforestation from their supply chains, but progress remains too slow

It takes an incredible amount of intelligence, creativity, and team-work to produce and extract oil from plants grown in the tropics, transport it around the earth, and transform it into something you can buy for a couple of dollars and squeeze onto a toothbrush as the sun rises in Berlin, Beijing or Boston.

That’s why it isn’t unreasonable to expect that, by 2020 – the deadline of the New York Declaration on Forests – the companies that produce toothpaste will have been able to harness those same skills to develop policies that remove deforestation risk from their supply chains.

The same goes for companies that produce shampoo, beef steaks, leather belts, noodles, and a plethora of other consumables produced in myriad clever ways using forest risk commodities. Forest risk commodities are products such as beef and leather, soy, timber, pulp and paper and palm oil, the production of which drives the majority of tropical deforestation and forest degradation.
Yet, with 2016 well underway and over a year after the declaration was published, most information on companies’ deforestation risk remains shrouded in a mist as thick as the haze that has engulfed Indonesia and its neighbours from forest fires linked to palm oil production.

A chink of light?

There is, however, cause for hope. Overall, the policies of Forest 500 companies – identified by the Global Canopy Programme (GCP) as major powerbrokers for achieving zero deforestation – have shown some improvement.
But progress has been extremely limited. The same tiny group of leaders – Danone, Kao Corp, Nestlé SA, Procter & Gamble, Reckitt Benckiser and Unilever – continues to perform well, while far more companies have improved only slightly, or not at all. Only 8% of the 250 companies identified and assessed by GCP have made commitments to zero or zero net deforestation across all forest risk commodities.

In 2016, we will need to see an exponential increase in the pace of companies’ learning and policy-making on forests. So, where should the focus be.
Commitment now!

First, many more Forest 500 companies simply need to bite the bullet and commit to zero deforestation, in order to start catching up with their top-ranking peers by designing – and in some cases emulating – appropriate policies.

Collaborators from the NGO community, and groups such as the Tropical Forest Alliance, can help them do that. Disclosure on forest risk commodities to CDP can be a valuable step for companies embarking on this process.

A particularly strong effort is needed among Forest 500 companies operating in the soy and cattle product supply chains. Less than a quarter of them currently have policies on deforestation associated with those commodities.

Notably, the animal feed sector, which uses three quarters of global soy, presents considerable room for improvement. Over half of Forest 500 animal feed producers score very poorly, earning only one point out of five due to having weak policies for removing deforestation from their production and procurement.

Also, with Brazil’s soy moratorium due to end again in May 2016, it will be important for producers and users of Brazilian soy to create or strengthen their own sustainability policies regardless of whether it is renewed.

Progress in all of the above areas will help drive meaningful improvements this year.

However, it is not just the companies with weak policies that need to act: there is also work for the leaders to do.

The fires in Indonesia are a strong reminder of the urgency with which companies need not just to recognise the problem and make commitments, but also, more importantly, to get on with implementing and monitoring them.
The trailblazers among the Forest 500 will need to show more effectively over the coming months that their policies really are reducing and preventing deforestation within their supply chains.

Christina MacFarquhar is a researcher for the Global Canopy Programme.