Can the energy crisis catalyse decarbonisation? 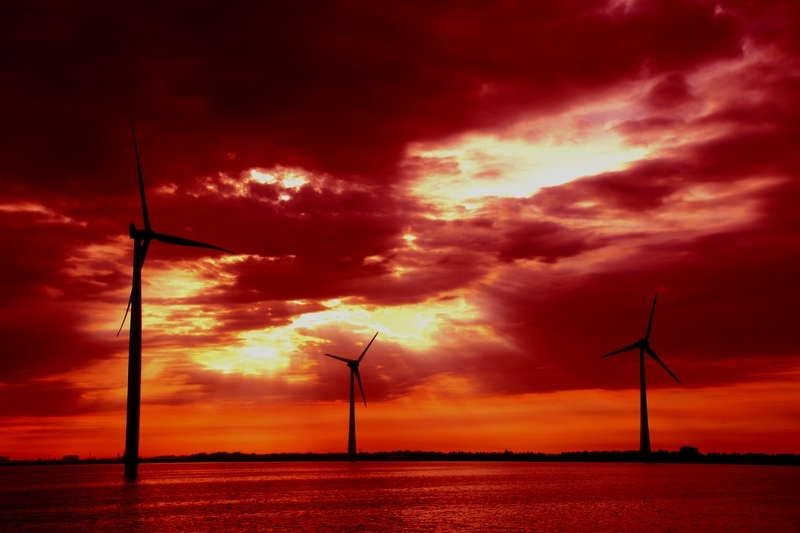 In his March column, climate specialist Mike Scott reflects on the long-term impacts of high energy prices and the potential solutions that some companies are already turning to that cut emissions in operations and supply chains

Few things are certain about the world right now, in the wake of Russia’s invasion of Ukraine. But one thing is clear – energy prices are set to remain high, and be highly volatile, for much of 2022.

The invasion has highlighted Europe’s reliance on Russian fossil fuels – around 40% of Europe’s gas supplies and more than half of the coal it uses comes from Russia.

Rather overshadowed by events in Ukraine was the latest report from the Intergovernmental Panel on Climate Change, which highlighted the impacts that climate change is already having – on our health, our infrastructure and our environment.

This combination means that it is more important than ever for nations and businesses to move away from fossil fuels as quickly as possible. The US has banned Russian oil and gas, the UK is following suit and the EU says it will cut its gas dependency on Russia by two-thirds this year, while committing to ending it entirely by 2030.

At a national level, over the longer term, that is going to mean a lot more renewable energy on the electricity grid, as well as possibly more biogas and hydrogen for heating. It may also increase the use of nuclear power, particularly the currently unproven small modular reactors (SMRs) that are being developed by companies such as Rolls Royce.

As investment bank Jefferies says: “Nuclear offers a solution to many of Europe's energy priorities: (1) decarbonisation, (2) coal phaseout, (3) independence from foreign gas, (4) energy security.” However, as Russia’s bombing of Ukrainian nuclear power stations starkly illustrates, none of the safety concerns have gone away, and investors are likely to differentiate between keeping existing reactors open and plans to build new facilities.

The construction of conventional nuclear power stations is fraught with political and technical difficulties that have seen a number of plants in Europe run significantly over budget and years behind schedule. But because they are smaller and modular, it should be possible to assemble systems and components for SMRs of up to 300MW capacity in factories and transport them to where they are needed.

In theory, SMRs should be much more flexible than large nuclear plants, and more suitable to an energy system that is becoming much more decentralised. They should also be cheaper and quicker to build, because of the prefabrication methods of construction. That makes it easier to install them in areas that are remote or lack existing grid capacity. Further flexibility is possible with microreactors, which have a capacity of up to 10MW and can be used as power backup or as a replacement for diesel generators.

Ironically, Russia is one of the global leaders in SMRs, with the world’s first floating nuclear power plant going into commercial operation in May 2020. However, other models are being built or in the licensing stage in countries including Argentina, Canada, China, South Korea, the US and the UK. More than 70 designs are being developed for purposes ranging from electricity production to heating, desalination and steam for industrial applications.

However, SMRs will not be commercially available for many years and the energy crisis is here now. There are still many ways that companies can cut their exposure to fossil fuel prices, while reducing their emissions at the same time.

Corporates such as Amazon, Google and Microsoft have funded the building of wind and solar farms to provide them with clean energy, while others such as Ikea use their extensive roof space on stores and warehouses to host solar panels on their own premises.

For smaller businesses, such actions are not always possible. But the surge in oil and gas prices has also strengthened the economic case for clean energy investments, increasing the cost of running petrol and diesel cars compared to electric vehicles.

As the price of electric vehicles continues to fall and a wider range of vehicles hits the market, companies such as Uber and Lyft are committing to electric fleets, while logistics groups such as UPS and DHL are electrifying their delivery vehicles as well.

Meanwhile, elevated gas prices are making green hydrogen (made using renewable energy and water) cost-competitive with grey hydrogen (produced from fossil gas and, unmitigated, a significant source of carbon emissions). It also highlights one of the key risks for blue hydrogen (produced using natural gas), namely the price volatility of the feedstock.

The hydrogen economy encompasses renewable energy companies such as Iberdrola, industrial gas giants like Linde and BOC, fuel cell producers such as Ballard and Ceres Power and even oil and gas groups such as Shell, BP and Equinor.

But the biggest – and quickest – bang for your buck when it comes to weaning consumers off fossil fuels is from energy efficiency investments, which deliver energy savings and lower bills both immediately and over the long term. Energy efficiency technologies range from heat pumps to LED lightbulbs, building management systems to better insulation and variable speed motors to energy recovery technologies.

If prices remain high, as seems almost certain for the foreseeable future, these will be the sorts of solutions we’ll all be turning too.