Can we rely on innovation to save us from climate change? 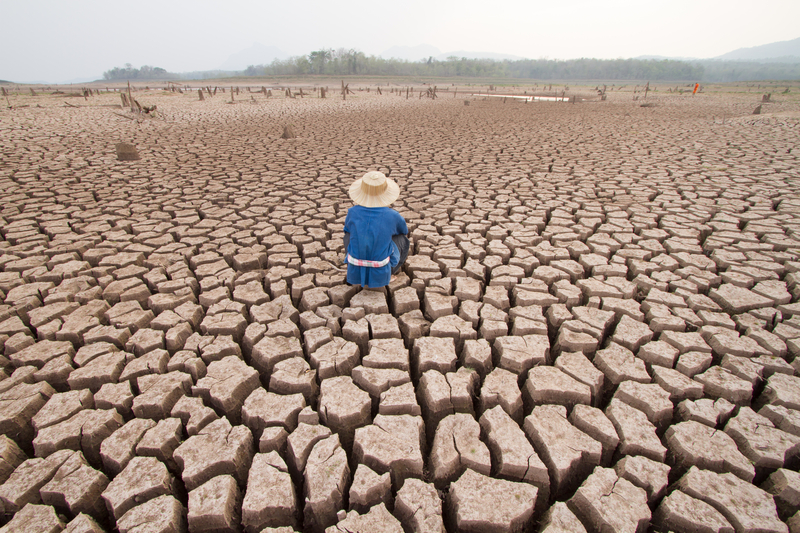 There are solutions, if we want them

In terms of energy and agriculture there are scientific advances that can provide a route to a net zero future, but only if we let them, argues Mallen Baker

Human population growth is beginning to level off, but will likely hit 10 billion and maybe more before it does so. The scale of our challenge, therefore, is to find innovation to support and feed a thriving population of that size, in spite of a changing climate and while mitigating further impact on said climate and on biodiversity.

It’s a big ask. There are apocalyptic voices that say it can’t be done.

However, perhaps we should be reassured by the knowledge that the human race has seen several significant inflection points in its history, where it faced a seriously hard landing, and was saved by innovation.

In 1798, Thomas Malthus argued that humanity was doomed to hardship and starvation. It would soon outstrip the available resources, he said, and this was inevitable because human numbers would always grow in response to short-term improvements.

He is considered by history to have been wrong, but he can be excused given the circumstances of the moment. He could not have fully anticipated the astonishing transformations that came with the industrial revolution. The ability of machines to multiply the amount of useful work that could be done a hundredfold – it changed the equation and rescued humanity from the fate he’d imagined.

There was another inflection point at the start of the 20th century, as there was a crisis in agricultural land productivity. Starvation loomed darkly on the horizon once again. Human numbers had mushroomed and we’d started to exhaust the land through overexploitation. Surely, an immovable Malthusian barrier?

Not so. German chemists Fritz Haber and Carl Bosch created the first artificial nitrogen fertilisers, beginning the transformation of farming and rescuing the human race once again.

Then, in the 1970s, it looked again like we were about to hit the buffers. The astonishing accelerated growth of population now threatened starvation in a number of poorer nations, most starkly in India. Paul Ehrlich called for depopulation programmes in his famous, some would say infamous, book The Population Bomb. But again, in the nick of time, a solution emerged – Norman Borlaug kickstarted the Green Revolution. Innovation found new ways to significantly increase the productivity of grain growth in the developing world.

It’s no wonder that some look at that history and presume that the same must inevitably come to our aid when it comes to climate change. Hopefully so. But remember that none of those historical events were inevitable and innovation is fed by urgency not complacency.

Maybe some astonishing breakthrough will appear once again without warning. Failing that, what’s in the current innovation pipeline for the technologies visible in the distance? Can they have the capacity to get us to where we need to go?

Our biggest needs are plentiful, reliable and safe zero-carbon energy; a scaled-up food production system that is adapted and resilient to climate change, while having no more land to work with than we currently have; and then sufficient protection and restoration of habitats. We will also want to reduce CO2 concentrations in the atmosphere at a larger scale than we currently can.

What are the innovations most likely to help us achieve such outcomes? Well, the full mix of energy alternatives will continue, with cheaper intermittent renewables advancing. But many agree that they will have to be supported, at least in part, by more energy-dense “always-on” sources.

Of those, fourth generation nuclear is the most promising. Reactors being trialled in China now include designs where, if operations are interrupted, they safely shut down rather than melt down. They also generate significantly less waste – indeed even use earlier generation waste as fuel. Small scale nuclear reactors – such as Rolls Royce’s small modular reactor programme – also have potential.

Nevertheless, nuclear remains controversial. Germany, for example, is so ideologically set against nuclear it has opted to boost its carbon emissions by closing nuclear plants in preference to coal-fired ones.

In terms of food productivity, two things offer short-term hope. One is the use of GPS-enabled AI technology to much more efficiently manage farming. Such tech works most powerfully at scale.

However, these sorts of industrial-level operations are derided by environmentalists as “factory farms” and remain controversial.

The other is the development of genetically modified crop varieties that are more productive or better adapted to the climate extremes we might expect to see. Drought tolerance, disease resistance, increasing yields, resilience to soil salinity and weed suppression – all areas where advances in the technology will help.

But there remains of course a vociferous lobby on GM, even though the technology has been mainstreamed in a number of countries and the scientific community generally is confident it is safe. “Following the science” means different things to different people, and GM remains controversial.

We might begin to spot a pattern at this point. Although, at face value, the pragmatic contribution these innovations can make is clear, they alarm and concern many.

The price to be paid

This is to be expected. Those earlier historical innovations also came at a cost, and provoked a reaction. From the Luddites who smashed the machinery of the Industrial Revolution through to the campaigners who bitterly opposed the Green Revolution, even as it saved an estimated billion lives. That is not unusual for a change process.

But those earlier developments were supported and executed by governments of the day without much hesitation. Even though they were works in progress, with obvious problems to be solved, they were viewed through the lens of their potential.

The modern equivalents, however, are not just seen by critics as solutions with problems to solve, but instead they are marked as beyond the pale. Not just by the most implacable of campaigners, but by plenty of governments and other institutions.

There are some, of course, who oppose any change at all, preferring to contend it’s unnecessary. And there are others who are offended by trying to find a vision of tackling climate change that might have us successfully achieve net zero without a complete transformation of social and political systems.

The question of whether innovation can save us isn’t simply one of whether the technology will work – it clearly can be made to do so. It’s whether our very different, ideologically-divided, risk-averse society, retains the capacity for the leap of imagination required for innovation-led progress.

We can solve the problems of climate change, but the question is whether we really want to. One thing is clear: it surely will not come about by simply saying no to every possible innovation.