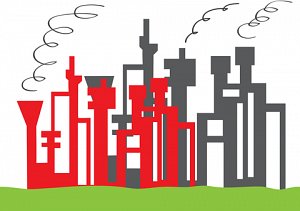 Corporate leaders can have a crucial role in the carbon price debate, says Paul Hohnen

As the Paris COP 21 UN climate summit approaches, expect to hear more and more CEOs coming out in favour of a price on carbon.

The trend has been long in coming and is – with some caveats – to be welcomed.

It was given additional impetus in June 2014 when a thousand firms signed a “putting a price on carbon” statement developed under a World Bank initiative.

This included a commitment to set an internal carbon price and publicly advocate the importance of carbon pricing.

With even mainstream business newspapers such as the Financial Times and the Economist now on record as supporting a carbon price, more CEOs from major mining (such as coal miner BHP), oil (Shell) and agriculture (Olam) companies are talking about the need for a carbon price.

The reasons are easy enough to understand.

If climate change is to be tackled effectively, the cost of carbon-based fuels needs to rise to reflect their real cost in terms of climate disruption, current and future.

At the same time, government subsidies to the fossil fuel sector, estimated by the International Energy Agency to be over $550bn annually, need to be phased out.

As business leaders have rightly pointed out, there needs to be a level playing field globally on energy costs, and a carbon price is the most obvious way of moving in this direction.

Some companies, including Microsoft, have long since begun introducing an internal carbon price. Many that have done this have reported a range of performance improvements, including reduced CO2 emissions and energy costs.
So far so good.

In the eight months remaining until the Paris summit, however, more attention will have to be given to the “how” and the “how much” questions. So far there has been too much silence here.

When CEOs endorse a carbon price or tax, company stakeholders need to be quick to ask them to define how they think that this can be achieved. By intergovernmental agreement? Through industry sector agreements or voluntary internal price-setting? Through national trade laws (such as import tariffs)?

They will also have to be ready to support CEOs in defending this line with shareholders who will argue that increased energy costs could affect competitiveness.

Just a bit of PR?

If the call for a carbon price is not to be seen as a new wave of sophisticated PR posturing – and sometimes covering behind the scenes support for efforts to undermine either a global agreement or national legislation to increase the cost of fossil fuels – CEOs need to be more specific on how and where they would like to see such a price introduced.

They also need to start putting out some figures on what the right price might be, and how that should be assessed. What are the appropriate criteria? Carbon intensity per barrel of oil equivalent, where coal would fare badly? Or relative radiative forcing potential – and hence impact on the greenhouse effect – where natural gas might not look so attractive?
Crucially, if they are serious, CEOs will also need to enter – and lead – domestic political debates on carbon pricing.
There are no easy answers to these questions, but CEOs are smart and practical people. They are to be encouraged to lead this conversation and to help co-design a working system of carbon pricing.
And the (too many) CEOs still silent on the issue should be encouraged to be part of the solution.
Paul Hohnen is an Amsterdam-based consultant who advises, speaks and writes on global sustainable development issues. He is an associate fellow of Chatham House.

IF is running a conference this June on Measuring and Valuing Corporate Sustainability. Many topics will be discussed including the latest thinking on putting value on climate change. For more information go here