COP26 diaries: Glasgow shines bright, but will a deal deliver? 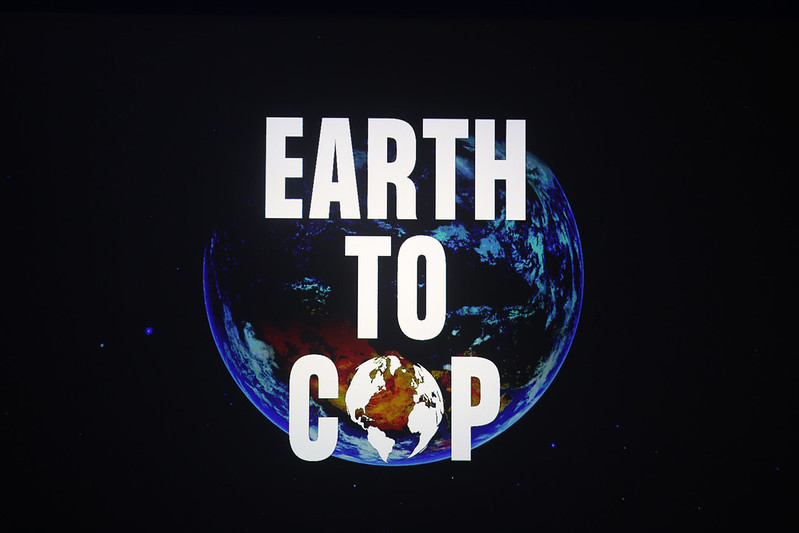 It’s been a great pleasure to be in Glasgow attending some COP-related events and interviewing delegates, attendees and others for the Innovation Forum podcast over the past couple of weeks.

Before I travelled to Glasgow, I spoke with climate journalist Mike Scott, a regular contributor to Innovation Forum, about what he was hoping for over the two weeks of the meetings – and it turns out that he has a pretty good crystal ball. Mike featured in the first COPwatch podcast, where I also reflected on some of the events of the opening day. While the political rhetoric was dialled high, with speeches from world leaders to match, the locals seemed more concerned about the number of limos and private jets that had descended on their city, and the inability of delegates to queue effectively while trying to get into the main COP venue.

Tuesday’s big announcement was certainly the deal to end deforestation by 2030, signed up to by 110 governments, including nations representing over 85% of the world’s remaining forests. The deal comes with $19bn of financing, a mixture of public and private funds. Both the UK prime minister and US president threw their weight behind the agreement, and called for the close involvement of indigenous groups in decision making and planning – something that was a theme that ran throughout the COP26 meetings. On COPwatch, I was pleased to welcome Mighty Earth’s Glenn Hurowitz to get his views on the deforestation deal.

As the prime ministers and presidents returned to their private jets after the opening couple of days, there was a sense of sleeves being rolled up. Wednesday was finance day, and the focus was to try and get developed economies to commit to the $100bn of annual climate finance that had been the plan for 2020. There was also the first in a series of conflicting reports from various number crunchers about what the announced pledges so far meant in terms of expected future warming – and it was good news from the University of Victoria in Australia in that the future looked to be below a 2C pathway for the first time. To reflect on all of that, and the big forest’s deal from the day before I was joined on COPwatch by Global Canopy’s Sarah Rogerson.

Thursday’s theme was energy, and there was a lot of talk about coal. Everyone agrees that coal needs to be the energy source of the past, but just not quite yet for a number of key countries. On the positive side, 190 nations and organisations committed to quite coal entirely, but not China, the US, India and Australia. There was further analysis of future projected temperature rises, this time from the International Energy Agency, which said that this was now down to 1.8C. To discuss progress sto this point I was joined by veteran COPwatcher Mike Barry and Walgreens Boots Alliance’s Una Kent.

Over the weekend I was pleased to attend the Global Landscapes Forum at the University of Glasgow. Two sessions stood out for me.

First, on Friday, there was a panel that highlighted the importance of nature-based solutions, preserving biodiversity while helping indigenous communities realise the value of their landscape. The session focused on a new initiative in Oro Province in Papua New Guinea, supported by the national and local governments, and forests experts at CIFOR-ICRAF. And, I was delighted to be joined on COPwatch by the Hon Gary Juffa, governor of Oro Province and Tony Simons, executive director of CIFOR-ICRAF, the body formed by the merger of the Centre for International Forestry Research and the World Agroforestry Centre.

The second stand out for me was the launch on Sunday of the Peoples Forests Partnership, which aims to fix a fundamental flaw in carbon financing by directing significant private funding to forest communities to reward their efforts to successfully stop deforestation. The new partnership aims to mobilise at least $20bn per year in long-term, private-sector investments as well as public funding, and channel it directly to forest community projects by 2030. This could reduce CO2 emissions from deforestation each year by 2bn tonnes, protect 500m hectares of threatened tropical forest and their biodiversity, and support livelihoods and bioeconomy development for over 50 million people in forest communities.

As the COP meetings headed into week two, an undoubted star was former US president Barack Obama – no real surprise there – who addressed the summit on the second Monday saying that, despite progress, the world is nowhere near where it needs to be to avoid climate catastrophe. He called on young people and activists to stay focused in the fight against climate change, urging them to keep applying pressure on governments to make the changes necessary. And, to analyse progress so far I was pleased to be joined on COPwatch by Accenture’s Peter Lacy.

One of the themes on Tuesday was gender inequality and how climate change impacts women in particular. Nicola Sturgeon, first minister of Scotland, in her first major speech at COP26 called on delegates to ensure that climate change is a feminist issue, and for the experiences of women and girls – so disproportionately impacted by climate change – are understood as the solutions emerge. Sturgeon was introduced onto the stage by US House of Representatives speaker Nancy Pelosi, who had arrived, leading a delegation from the US Congress. Pelosi said that America is back and together for the planet, for women and for children.

Contrasting with the earlier news on the potential warming future, research from Climate Action Tracker that suggested instead we're looking at a 2.4C pathway introduced a sobering sense of reality.

Wednesday saw the first draft of the final agreement – described by Greenpeace as “crossing our fingers and hoping for the best”. Among the main thrusts was for nations to have to commit to 2030 decarbonising plans early, in 2022, rather than 2025. There were concerns that as final text emerged there would be further watering down of commitments – a fear that proved correct as the hours subsequently ticked by. I was joined on COPwatch by Fairtrade Africa’s Kate Nkatha, who reflected on what African nations want from the meetings and in particular what smallholder farmers need.

Surprise of the day was the joint declaration from China and the US with a new plan to cooperate on cutting greenhouse gas emissions over the coming decade, including on key areas such as cutting methane and emissions from transport, industry and energy generation. John Kerry, the US climate envoy, welcomed the agreement as a step towards closing the gap between the emission cuts set out so far and those needed.

Alongside the frantic negotiations around the agreement, Thursday was cities day, and the C40 cities group, which is chaired by London’s mayor Sadiq Khan, announced a $1bn finance package for zero-emission buses in Latin America. There was also news of new members for the Beyond Oil and Gas Alliance. Set up by Denmark and Costa Rica in September 2021, the group pledges to halt oil drilling permits and to ban oil and gas production in their territories. Joining the two nations were France, Ireland, Sweden, Greenland, Wales and the Canadian province of Quebec. None of the member have substantial production, and the absence of any of the major oil and gas producing nations, including the UK hosts, was highlighted.

To get a sense of what COP26 has meant to some of Glasgow’s younger citizens I was delighted to be joined on COPwatch by Molly Jensen and Rachael Howie from the High School of Glasgow’s eco group. They talked about their impressions of having COP in their home city, and how hosting the meetings has impacted awareness of climate change issues for them and their friends.

There has been great progress but, at the time of writing, there remains much to do as the negotiators in Glasgow hammer out the details, and debate finer points of language. A lot of political capital has definitely been burned trying to get a deal that will keep warming on a pathway that means 1.5C remains a possibility – and there was a real sense of energy in and around COP26. Hopefully that can be captured as the talks go on into the weekend.

PS – Click here for the final COPwatch podcast for analysis of the new Glasgow Climate Pact that emerged from COP26, eventually.