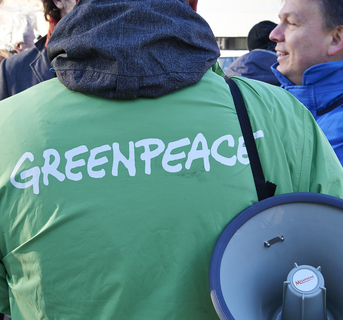 There is an opportunity for business to lead the progressive policies that can help to solve the current massive environmental and social challenges, argues Paul Hohnen

The term Green New Deal has come back onto the political radar. In 2019, whether you’re an entrepreneur, investor, consumer or voter, you need to understand why the concept is back. And, perhaps, why you should also get behind it.

The history of the Green New Deal is pretty simple. Drawing on the Roosevelt New Deal of the 1930s, which arguably pulled the US out of the great depression, the concept was re-booted in the context of the 2007/9 global financial crisis and its accompanying recession.

At its heart, the GND was conceived as a major government-led, demand-driven, job-creating investment initiative to tackle pressing issues such as unemployment, climate change and infrastructure upgrade. Picked up by many governments, it morphed into a wider “green growth” discussion, even featuring on OECD and G20 meeting agendas.
As soon as some stability returned to financial markets, however, the term dropped off the political agenda, with the proponents of “mind the debt” austerity prevailing over the Roosevelt/Keynesian “kick start (to save) the economy” brigade.

That is, until now.

Over the last couple of months, the term has been given fresh impetus and relevance on both sides of the Atlantic.

In the US, the likes of former presidential candidate, and current US senator, Bernie Sanders, house of representatives first-timer Alexandria Ocasio-Cortez, and Nobel economics prize winner Paul Krugman have all put it forward as the next big thing.

In Europe, it is finding fresh expression in various quarters, including political and advocacy groups and academia.

Which raises two main questions. Firstly, is there any real prospect that the call will be taken more seriously by governments this time around? And, secondly, what position should the private sector take, if any?

Keep calm and carry on…?

We live at a time of continued worries about persistent high levels of public debt and concerns about the potential dilution of national interest in the regional (ie EU) and global (ie UN) contexts, and allegations that anything proposed by liberal elites must be contrary to the interests of the poorer in society.

In some quarters, initiatives labelled green or sustainable are immediately tainted. Perceived notions of security, migration and economic stability remain the priorities.

It is clear, moreover, that the levels of public discontent are trending ominously upwards. From Brexit, across to the gilets jaunes protests in France, to the rise of right wing parties in Germany, Italy and Spain, not to mention Poland and Hungary, the days of the post-Second World War liberal economic consensus model seem numbered. Yuval Noah Harari has written compellingly on this theme in his latest book, 21 Lessons for the 21st Century.

Worse, few if any political parties have convincing (or indeed, any) policies that address the main issues of our time in a clear, comprehensive and compelling manner.

In this context, business-as-usual – if that was ever a smart option – is no longer sustainable. Policies to stimulate massive investments in innovation, technology, infrastructure and new business models are now needed to address these issues.
A Green New Deal answer?

This is, then, the virtual policy vacuum in which the renewed talk of a GND is finding resonance. While there is far from mainstream recognition yet, there is reason to believe that it could quickly gain traction – precisely because it potentially ticks all the pressing economic, society and environmental issue boxes.

Imagine, by way of an example, a massive pan-European project aimed at better linking EU countries with a power and communications grid that delivered an ever increasing share of renewable electricity to power business, homes and increase mobility. At the same time, investments in energy efficiency would cut heating bills and increase the quality of life. Cleaner air and fewer climate emissions would also be direct benefits.
Even rolled out at just a national level, investable projects such as these have the potential to quickly create jobs, boost investment and innovation in key sectors, and provide essential services more equitably.
At the societal level, a growing green economy would improve education and health services, and could very well put integration and migration issues into a less toxic context. A rising tide lifts all boats.
Clearly each country or region will need to develop its own specific GND – for industry, agriculture and so forth. The essential elements should be that policies address the current economic, social and environmental crises in an integrated, urgent and effective manner.
And when budgetary issues emerge, let’s be clear. If shifting subsidies, providing tax incentives or printing money is needed to keep nations in any respect similar to the ones we now enjoy – in terms of physical, social and political landscapes – it will be a good investment. Inaction or wrong-headed policies will prove far more costly.

Business has a last chance opportunity to take a progressive position in this debate, doing good for its shareholders, customers, staff and communities. Future proofing business starts by making sure there is one.

A former associate fellow of the Royal Institute for International Affairs at Chatham House, Paul Hohnen has advised governments, international organisations and business on high level sustainability policy issues over a 40 year career.