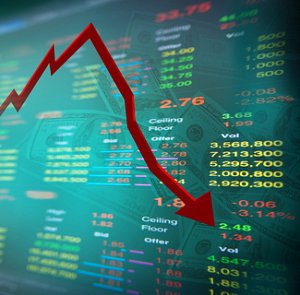 What is a credible corporate no-deforestation commitment worth? Between $700m and $800m if the recent experiences of some companies are anything to go by.
Malaysia’s IOI Group saw its value drop by about $800m – about 10% – after the Roundtable on Sustainable Palm Oil suspended it with effect from 1 April 2016. The company regained RSPO certification in August but the damage had been done. In the three months to June 30, IOI Group recorded a $14.8m loss, compared to a profit of about twice that in the same quarter of 2015.

Two other palm oil giants, Golden Agri-Resources and Wilmar, had similar experiences in 2013 when the Norwegian sovereign wealth fund divested its interest in them because of worries that the companies were not doing enough to combat deforestation. The hit for remaining shareholders in both cases was of a similar magnitude to that suffered by IOI.

The experiences of the companies show that investors take deforestation seriously, and are prepared to pull out when credible promises on forests cannot be given. They also show that in these cases, RSPO certification and Norwegian endorsement were, in effect, valuable assets that the companies neglected to maintain, leading to millions wiped off their values.

The debate about RSPO’s effectiveness to one side, clearly, for a controversial sector such as palm oil, in which suppliers are under scrutiny by campaigners including Greenpeace, investors feel far more comfortable with companies that face up to deforestation risks.

Higher up supply chains, however, investors could arguably do more to demand that companies identify and manage their deforestation risks.

The most recent deforestation disclosure report by CDP found investors are upping the pressure on companies. According to CDP, the number of investors requesting companies to disclose forest-related risks in 2015 increased 24% over 2014. The investors asking the questions in 2015 manage $19tn in assets.

But, although three-quarters of major companies in sectors that use the main commodities linked to deforestation (timber, cattle products, soy, palm oil) recognise that there are deforestation risks in their supply chains, and have committed to tackling them, they have so far taken only limited steps. CDP, for example, said that “businesses are currently only meeting a fraction of the targets that form part of these commitments”.

This indicates that though pressure is starting to pay off, scope remains for investors to push even harder. Frido Kraanen, principal director societal impact for PGGM, which provides advisory services to Dutch pension funds, says that in the thinking of investors, deforestation risks are cross-cutting, because they relate to the prime issues of concern for sustainability: climate change, food security and water.

A company’s attitude to deforestation is thus a good proxy for its approach to sustainability more generally. Investors are increasingly conscious of this and companies that want to avoid the sort of revaluation that IOI Group went through should be alert to it too.