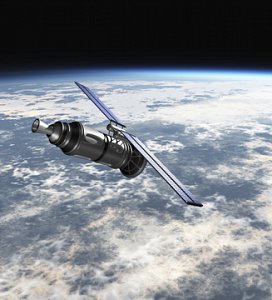 Companies that source commodities from areas potentially at risk of deforestation will have a new weapon in their armoury from the start of 2017. Starling is a high-resolution satellite auditing service that can be used to check forest management practices, in particular in source countries for palm oil, such as Indonesia and Malaysia.

Starling has been developed by Airbus Defence and Space, TFT and SarVision, and makes use of the aerospace giant’s network of radar and satellites. TFT came up with the idea, and Bastien Sachet, TFT’s chief executive, says the system will combine radar and satellite imagery “to really precisely monitor land-use change”.

The service is essentially a super-enhanced means of carrying out supplier audits. Starling can be used to check that suppliers conform with corporate zero-deforestation commitments. It is likely to be much more effective than sporadic on-the-ground visits by auditing teams, who might in practice have limited access to forest areas.
Brands pilot
Starling is in a pilot phase until the full launch of the service in January 2017. Ferrero and Nestlé are among the companies testing it.
Ferrero – whose Nutella brand has been in the spotlight over its palm oil content – is using Starling to provide extra assurance about the practices of the Roundtable on Sustainable Palm Oil-certified plantations it sources from.

Nestlé, meanwhile, illustrates the scale of the monitoring challenge for brands. The company sources directly and indirectly from “maybe 2000 plantations”, Sachet says. Adequate checking of all of these would be almost an impossible task for conventional auditing.

Starling is a proprietary service that can be purchased from Airbus. Companies can use it in parallel with risk assessments of their supply chains – a high-tech sweep of areas considered high risk can be done, for example, every two weeks, while low risk areas can be monitored less frequently. Like traditional audits, it will be up to the brands that use the service to publish the results or not.
Forest campaigners broadly welcome the initiative. Hannah Mowat of forests NGO Fern says Starling is an “excellent programme that we encourage companies to make use of”. However, “it will only be meaningful if companies make the information publicly available so that we can hold them accountable for the commitments they have made,” she adds.
Sachet emphasises that the service is not just about identifying areas of poor management. It can also be used to recognise good practice by providing extra evidence and assurance. “No one’s focusing on the good guys,” who should be encouraged, he says.

Starling is another example of smart monitoring technology as a back-up for companies’ responsible business pledges. In terms of combating deforestation, a separate initiative, Global Forest Watch, aggregates satellite data so that trends in changing land use can be tracked. The Global Fishing Watch project is doing something similar for the oceans.

Sachet says Global Forest Watch was pioneering as a tool that enables NGOs to challenge companies. By comparison, Starling directly uses Airbus’s satellite data and can carry out monitoring on a highly precise basis – almost to individual tree level. Starling is also “real time,” compared to Global Forest Watch’s “near real time”.
Airbus’s reach also means Starling can operate worldwide, and the service can be offered globally. This could make a real difference in the fight against deforestation, Sachet says, because “we have to have solutions that scale up”.