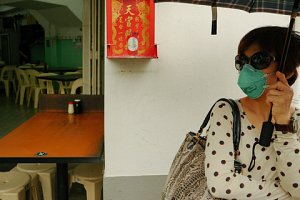 A hazard you can't escape

The Indonesian government appears to be taking a tougher line on forest fires, but the haze is worse than ever

Southeast Asia’s haze is back. Forest and peatland fires in western Indonesia are causing clouds of thick smoke full of unhealthy particles, which blow north across Malaysia and Singapore, disrupting daily life and causing a health hazard.
The Pollutant Standards Index reading in Singapore reached 249 on 14-15 September, far exceeding the safe level of 100.

Indonesia’s government is under pressure to deal with the haze. But the default position of the authorities in Jakarta seems to be to blame companies that operate in the affected regions.

Government gets tough
For example, charges have been reportedly levied against Bumi Mekar Hijau, a plantation company that supplies Asia Pulp and Paper, and against two palm oil companies, Tempirai Palm Resources and Waymusi Agro Indah.

Indonesia’s president, Joko Widodo, made an unannounced visit to one burned-out Tempirai concession and threatened the company with withdrawal of its permit, and with criminal investigations.
Other measures have been taken to target companies. Singapore, for example, adopted in August 2014 a bill enabling companies that contribute to the haze to be fined – even if those companies are Indonesian. The main effect of the law seems be to making it hard for company officers to visit Singapore, where liability notices might be served on them.
Measures are also being implemented at higher level. For example, in September 2014, Indonesia ratified the 2002 Agreement on Transboundary Haze Pollution, brokered by the Association of Southeast Asian Nations. The agreement is mainly aimed at information sharing and monitoring.

The right crackdown?
But is a crackdown on palm oil and pulp companies really the right way to resolve the issues underlying the haze problem? Experts are sceptical.

Erik Meijaard of the Borneo Futures Initiative says that large companies that serve international markets “use almost no fire” in managing their concessions.

Instead, it is smallholders and small and medium-sized companies that are likely to slash and burn, Meijaard says. Fires can occur naturally, and the haze that blows across Malaysia and Singapore is also a function of geography and prevailing winds. Indonesia’s forest fire problems are moderate compared to other parts of the world, Meijaard says.

Luca Tacconi, professor of environmental governance at the Australian National University, says that peatland fires cause most of the haze. Rather than blaming current management practices, this is to a great extent a consequence of past draining of peatland. Once dry, peat “keeps burning as the fires go underground and become very difficult – almost impossible – to extinguish”, Tacconi says.

Rather than a short-term crackdown on companies, the answer for Indonesia is likely to be a coordinated long-term plan to rehabilitate degraded peatlands and ban clearing of peatland. Meijaard says peatland burning has “almost no function” and can lead to flooding, so it is in the interest of local communities to restore their ecosystems.

Tougher enforcement of the law is undoubtedly required to prosecute those that do set fires. Widodo seems to be making the right commitments on this.

But for the longer term, hopes rest on Indonesia seizing the opportunity offered by the United Nations climate summit in Paris that starts on 30 November. The summit will aim for a global deal to tackle global warming that will be based on national pledges, known as Intended Nationally Determined Contributions (INDCs).

Indonesia has not yet submitted its INDC, but the government says it will cut emissions by 29% by 2030, on the face of it a reasonable pledge, though it is unclear if this would be relative to business as usual or an absolute cut. And a 29% cut may in fact be a step backwards from a previous Indonesian target of a 26% reduction by 2020, according to Greenpeace.
Whatever the eventual target, as peatland and forest burning and clearance contribute the largest proportion of Indonesia’s emissions, a robust target and proper plan would seem to be essential. And all the while, the fires continue to burn.

How a community development approach can deliver for smallholder farmers

Can food really be climate-positive?

How to work with uncertified palm oil farmers

The Future of Climate Action