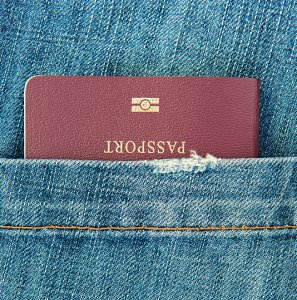 The wrong direction of travel?

While legislators warm to the concept, the circular economy debate may have already left product passports behind

Could product passports be part of the push to the circular economy? Product passports are a set of information on the components and materials that a product contains, with details about how the product can be dismantled.

When the product becomes waste, recyclers would find it easier to pull it apart and ensure reuse of the resources it contains. The product could include a QR code for scanning to get access to the relevant information.
A couple of years ago, the idea was put forward by a high-level expert group, the European Resource Efficiency Platform. In 2013, in recommendations to the European commission, the platform said that passports would make product information “easily accessible and applicable to the supply chain, thus facilitating efficient material flows and encouraging the creation of value in the circular economy”.
Brussels wades in

The European parliament has now taken up the idea. On 14th April, MEPs discussed the idea of “mandatory” product passports, especially for imported products, so that when they reach the end of their useful lives, European Union companies can capitalise on the raw materials.
The European parliament’s pondering is preliminary, but the European commission says it “might be taking up the idea of product passports”.
Although the idea is not yet fully fleshed out, the implications for business could be significant should mandatory product passports ever be introduced. Companies should in principle know what is in their products, of course, even those that have long supply chains behind them. But in practice, the work of verification at each stage in the production of a complex product could be challenging.
Guarded IP
Then there are intellectual property concerns. Companies are likely to be wary about sharing information about their product design templates more widely – for example with recyclers. Intellectual property is “something manufacturers guard very closely,” says Susanne Baker, senior climate and environment policy adviser with UK manufacturers’ organisation EEF.
However, companies are already obliged to share some information about what goes into their products, such as the use of hazardous chemicals in consumer electronics, so more openness might not necessarily be an obstacle.

Instead, the main shortcoming of product passports would arguably be that they are predicated on the idea that products inevitably become waste. As such, would they really be true to the principles of the circular economy, or just a way of making recycling easier?

In a circular economy, products would ideally never become waste. This is the idea behind movements such as the sharing economy and servitisation – the idea that a company no longer sells a product, but sells the function that the product provides.

This would mean that products would always remain the property of the company that makes them. The company would take back obsolete products and remake them into new ones.

Companies are increasingly experimenting with sharing or “product service utility” business models – for example BMW with electric car sharing, and Philips with its “pay per lux” lighting scheme.

Product passports might be useful in some contexts, such as fast-moving consumer goods that are difficult for manufacturers to retain control of. But the most efficient approach, wherever possible, would be to keep products out of the waste stream.