Progress in the forests for APP 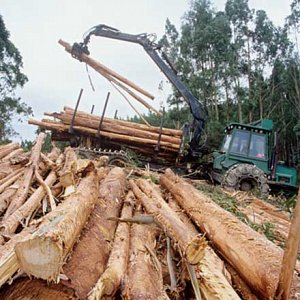 In October 2014, when Scott Poynton of TFT, Simon Lord of New Britain Palm Oil and I got together for a panel at Innovation Forum’s deforestation conference in London, we had a spirited, productive debate about different means we’re championing toward the end we all share: halting forest destruction.

We argued the merits of third-party FSC certification vs internal zero-deforestation pledges, which major companies are increasingly adopting. The two are very different; both are important. Each has their adherents and detractors. Neither is perfect, and both are evolving to better address social and economic justice, land-use conflicts and climate change.
I’d argue there’s a common thread running through them, maybe even a kind of ultimate convergence. Ideally, deforestation-free pledges can get companies started on the longer road that leads to sustainable supply chains, and perhaps to third-party certification.

But whether independent or internal, early days or advanced stages, any steps down that road need to be transparent and accountable, and work towards the same basic goals: preventing deforestation; protecting biodiversity and high-value areas; transparency and traceability; and respecting the rights and needs of workers, communities and stakeholders.

Asia Pulp and Paper (APP) is an important case in point. To my knowledge it’s the only major producer so far to seek independent and publicly reported analysis of how it’s implementing its deforestation-free goals.

It announced its forest conservation policy (FCP) two years ago. At APP’s request, the Rainforest Alliance conducted and recently released an evaluation of APP’s progress towards meeting its FCP commitments, including on natural forest protection, peatland management, social and community engagement, mixed tropical hardwoods, and improving practices of its suppliers. The report represents a new level of accountability and public scrutiny for a company’s deforestation-free pledge.
Rainforest Alliance found APP had made “moderate” progress towards meeting its FCP commitments overall, including “limited” progress in some areas, which anyone can read about in the published report.
That’s the way it should be, and after APP’s precedent, the way it increasingly could be. It’s critically important deforestation-free pledges be transparent, accountable and verifiable.
The scale problem

Those are the great strengths of FSC certification, but FSC currently covers only between 10% and 20% of working forests. For many non-FSC forestry operations around the world, especially in emerging economies where much of the supply and demand for forest products comes from, deforestation-free pledges could be a viable first step towards a sustainable supply chain, but only if it’s an independently verifiable one.

In APP’s case, independent verification of “moderate” overall progress is encouraging news, especially given how complicated the on-ground realities are in Indonesia.

Among other things, APP has made good on its pledge to stop its suppliers from destroying natural forest. This is a significant achievement, but it risks getting undermined by external factors, because clearing in APP supplier forests is still happening due to activities of third parties, not the suppliers themselves.

Illegal logging remains widespread in a region where felling and selling one hardwood tree can bring in what a family typically makes in a year. Other forest clearance for community subsistence plots or lucrative oil palm plantations may be happening more or less legally where land tenure overlaps with APP suppliers, and formal legal or regulatory forest governance is confused.
Communication before consent
Community engagement, including obtaining a community’s free prior informed consent (FPIC) for forestry concessions, is challenging in rural areas where governance is weak and literacy rates are low. APP developed new FPIC operating procedures, but implementing them on the ground has proved tough.

Two years after it announced its FCP goals, there are still gaps between sound policies or procedures APP has developed and how they are implemented in the field. But the way forward is being open about those gaps, and continuing to work to close them in transparent, accountable ways.

APP’s case illustrates the potential for alignment between deforestation commitments and FSC certification. APP policies like protecting high conservation-value (HCV) forests or FPIC are based on concepts that FSC pioneered. Other elements of the FCP, such as protecting high carbon stocks (HCS) or taking a landscape approach to protecting biodiversity, are modelled on concepts we’re working to integrate into FSC standards.

If more companies like APP can make verifiable progress on these fronts despite the difficulties, not only will they be meeting their own internal standards in meaningful ways, they also may help create the conditions for more of the world’s working forests to become FSC certified.