Russia: sanctions and divestment. The case for a nuanced approach 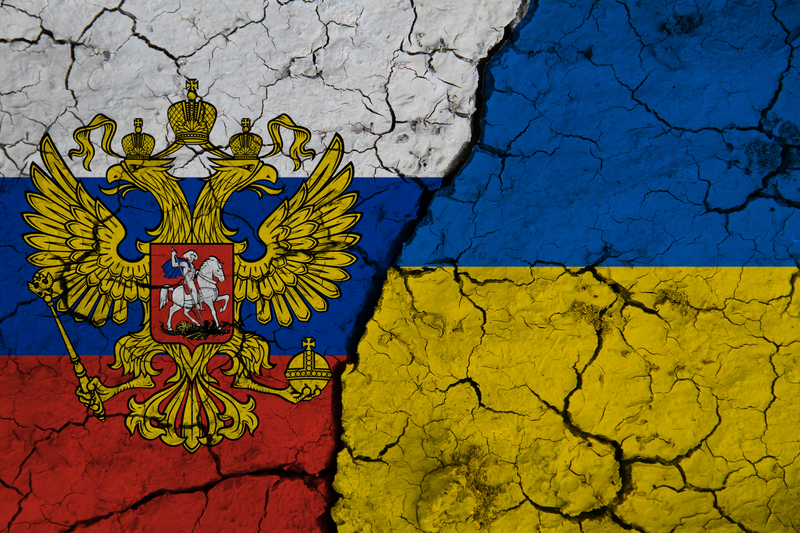 For business, deciding whether to stay or leave a country – where the government has gone rogue – is not as simple as some might think, argue Dr Peter Stanbury and Toby Webb

In the past few weeks, members of the international community have been in stiff competition to impose the most stringent sanctions on the Putin regime in Russia, and the oligarchs seen to be connected with it. Likewise, companies in all sectors have been rushing to divest of holdings in Russia, or halt operations there.

The question is whether these developments are necessarily the appropriate response that they are presented as being, or is the situation actually rather more nuanced? Is there in fact a need for a more sceptical approach when examining the impact of sanctions and corporate divestments?

Let’s look first at the sanctions imposed by the EU, the US and the UK on everything from banking regulation to the importation of oil and gas. These measures will, the mainstream logic goes, eventually cripple Russia, and force a reversal in its policy to Ukraine.

The problem with this is that the evidence for sanctions as a means to oblige change in the policy of another state is not encouraging. In the past half century, two of the most high profile and significant international sanctions regimes have been on South Africa and Iran.

Sanctions against South Africa because of the apartheid regime were first put in place (by the US) in 1972, and ramped up over the next decade and a half. However, apartheid did not actually end until 1994, more than two decades after sanctions had been imposed. Moreover, analysis by the Economic Growth Centre at Yale University concluded that, whilst sanctions did have an impact, the eventual demise of apartheid was due predominantly to other factors.

In the case of Iran, sanctions were imposed at the time of the overthrow of the shah in 1979, and the seizure of the US embassy in Tehran. Since then, the country has been subject to a shifting but continued raft of restrictions. However, despite that, the theocratic government established initially by Ayatollah Khomeini, still remains in place.

The point, therefore, is that even if sanctions do have an impact on the states on which they are imposed, they do not necessarily force an alteration in the short to medium term in the policies of those states. This will be particularly the case for states whose government believes there is an overwhelming imperative driving the actions that have led to sanctions.

In the case of Russia, such a priority is clearly present: the desire to re-establish Russian hegemony in the region. Putin has hardly made a secret of his expansionist intent. Russia invaded Georgia in 2008, and annexed Crimea in 2014, and last summer Putin wrote an essay outlining what the Atlantic Council described as “the historical basis for his claims against Ukraine.”

In the case of both Georgia and Crimea, the west’s response was weak. While the fact Russia is now subject to strong sanctions now may not have come as a surprise to Putin, for him the imperative to expand into “the near abroad” is more important than the effect of sanctions.

In terms of corporate divestment, the rush amongst international businesses to cut their ties with Russia has been precipitous. However, this trend raises a number of issues, each of which have potentially adverse consequences, none of which seem to have been properly examined.

Take the position of those companies who are stepping back from significant investments in Russia. What exactly will happen to these stakes, and what are the implications of this? What about, for example, BP’s decision “to exit its 19.75% shareholding in Rosneft”. How exactly BP will “exit” is not clear. Will the stake be sold, and if so, to whom? Potential buyers could only include those from countries not sanctioning Russia, like China. Alternatively, if Russia does make good on its threats to seize the assets of western companies who leave the country, then the asset could end up in the hands of the Putin regime. This does not seem to be a particularly desirable outcome.

What then about those companies who are suspending their operations in Russia? What implications do these suspensions have on the employees and suppliers of those businesses? As McDonald’s announcement about its own “pause to operations in Russia” made clear, the company has a significant in-country footprint. McDonald’s has made a welcome commitment to pay the salaries of “all McDonald’s employees in Russia”. What will happen to the employees of western companies who have not made such commitments?

But it is not just about those companies’ direct employees: what will happen to their supplier hinterland? McDonald’s and others have made no commitment about this. The effect of large numbers of western companies leaving Russia will be highly detrimental to job availability and incomes, not to mention adherence to international standards on issues such as worker welfare, health and safety practices, and environmental protection.

The advent of legal developments such as the EU due diligence regulations make it very clear that companies have a responsibility for their supply chains, and it is hard to see how a rush to leave the Russian market is consistent with that responsibility.

The problem with corporate withdrawals is that there is not a direct link between action and impact. As a Cambridge University blog observed, companies are leaving Russia because the invasion of Ukraine “has resulted in serious violations of international human rights and humanitarian law.” It is therefore the actions of the Russian government that companies wish to influence. Yet, the impact of their actions will be felt by ordinary Russians who lose jobs and incomes.

The UN Guiding Principles on Business and Human Rights require companies to respect human rights. In the current situation this needs to include not just the rights of Ukrainians affected by the war, but also of Russians whose livelihoods may be taken away by western divestments.

One argument to justify this asymmetric impact would be that suffering of Russians as a result of sanctions and corporate withdrawals will lead to pressure for change on the regime. The trouble with this analysis is two-fold. Firstly, Putin’s is not a regime which listens much to public opinion. Anti-war demonstrations have been cracked down on extremely hard: as at mid-March, it was reported that 756 people had been arrestedat these events. The real number may be much higher. Secondly, there is strong evidence that Russian public opinion in fact supports, rather than opposes, Putin’s actions. A series of polls to-date, including by VCIOM, Savanta ComRes and Russian Field found that about 60-68% of Russians support the war in Ukraine, with only a quarter opposing it.

Furthermore, it is possible that divestments could actually have a negative impact in the long-term by removing a key driver for change in Russia. Independent polling data shows far more opposition to war amongst younger people, who are more clustered in urban areas. It is these people whose world view has been most influenced by exposure to western brands, business practices and ideas. Abandoning these younger members of Russian society to shutdowns and boycotts could easily end up backfiring as it reinforces the Kremlin’s line that the west is fickle and cannot be trusted.

We are not arguing that divestment is or is not the right course of action for companies to take. What we are arguing is that the reality is a great deal more complicated than the binary, divest is good/remain is bad, way in which the position of businesses in relation to Russia is typically portrayed. It is easy for campaigners and sofa warriors on social media to call for blanket boycotts and disinvestment. But things are not as simple as this.

Writing in Prospect Magazine, the Nick Butler of the Financial Times commented that “the argument that companies have no political role cannot possibly be used when it comes to Russia”. In fact, international companies have always had a political (with a small ‘p’) role. Large multinationals can’t avoid having significant effects on the social and political context wherever they operate.

The trouble is that companies rarely want to accept this reality, or have well-developed systems to understand their wider impacts. This absence becomes particularly problematic when companies have to deal with highly-complex situations such as the one they currently face in Russia, in which there is no clear right answer.

We have written in the past about the importance of political economy analysis as a means by which companies can better understand the countries in which they operate. Using this approach would allow companies to take a more nuanced view about how to handle the situation in Russia, not only now, but in the future.

Suspending business or divesting of Russian assets may well be the right decisions to make, but understanding the wider implications of these decisions would allow companies to understand and manage potentially adverse consequences.

There is an urgent need to look at the situation in Russia in a more nuanced and considered fashion. Unsurprisingly, emotions are running extremely high in response to Moscow’s actions. But emotion is not a good basis for rational decision-making.

Companies’ actions in relation to their operations in Russia needs to be driven by informed, clear-mined analysis. The governing principles for companies should be two-fold.

Firstly, “are we making the best possible long term social contribution with our actions, based on the knowledge we have today?” Secondly, “are we providing meaningful assistance to a rogue state, or on balance, helping protect employees who through no fault of their own, find themselves in a position of intense vulnerability?”

The answers to these questions will be a moving target and dependent on events, but are likely to provide a better basis for action than a binary choice to remain, or go. Responsible business practice is about doing the right thing, not the simple one, even if that might be unpopular in the short term.

Dr Peter Stanbury is a senior associate of Innovation Forum. He has worked for NATO, running the Democracy Programme, which worked to develop good democratic practice in the states of the former Communist bloc. He was an official observer at a number of post-Soviet elections, including at Ukraine’s independence referendum, and was also a director of the Ukraine Business Agency, based in Kyiv. Since then he has advised a number of companies on issues of Russian politics, including BP, Shell and Coca-Cola. His doctorate in international relations focussed on the role of multinationals in conflict resolution and post-conflict reconstruction.

Toby Webb is founder of Innovation Forum. Prior to founding IF in 2014 he founded and ran Ethical Corporation from 2001-14, which focused heavily on analysis of issues such as corporate divestment and boycotts, amongst others. He has worked with many business, governments, NGOs and academic institutions on sustainability and ethical issues since 2001, lecturing regularly since 2009 at Birkbeck, University of London, Kings College London and the Stockholm School of Economics.