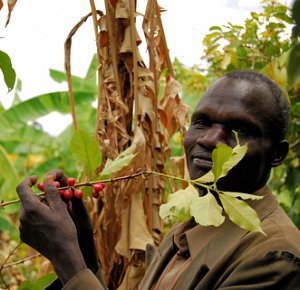 Changing demographics continue to shift our global demand for food. A world population that is expected to reach 8.5 billion by 2030 – and the middle class segment set to increase from 1.8 billion in 2009 to 4.9 billion by the end of the next decade – further compounds the strain on our food systems.

As such, smallholder farmers are vital to sustain the flow of produce – after all, 500 million small agricultural producers supply more than 80% of the food consumed in the developing world.

And they need ongoing support, to improve their health and wellbeing. In 2014, the World Bank suggested that more than 800 million people working within the agricultural sector were living below the global poverty line.

It is little surprise that the issue has featured prominently in the discussions at the World Economic Forum in Davos. Among the recommendations set out by WEF’s new scenarios analysis on the future of global food systems is for business to “contribute to greater resiliency in global markets, increase the resource efficiency of business operations, and leverage technology to address social and environmental challenges in food systems”.

It has of course been in the interests of big food, drink and retail businesses to support the smallholder community to ensure they are running effective, viable and sustainable operations in their own right.

If the farmers are struggling to develop beyond a subsistence level, there is a significant risk that a future supply of commodities – from coffee and corn, to palm oil and rice – will stagnate or dry up entirely.

And it is in the use of technology on farms and in fields that there has already been some interesting developments, particularly when it comes to unlocking one of the biggest barriers to smallholder sustainability: access to finance.

While the idea has perhaps been around for a while, Mastercard has announced a new service that will support thousands of farmers across east Africa who will now be able to use their mobile phones to buy, sell and receive payments for their goods using an app and SMS technology.

The service, which the company says “paves the way to a cashless agricultural sector” has been picked up by coffee business Cafédirect who will pilot its use with 2,000 of its smallholders in Kenya. “Eighty percent of farmers in Africa are classified as smallholder farmers, having less than one to two acres of farming land, making it extremely difficult to drive growth and prosperity,” says Daniel Monehin, Mastercard’s president for sub-Sahara Africa, who argues that mobile technology is ubiquitous among farmers in Africa, and can be used to improve financial access, bring in operational efficiency and facilitate faster payments.

Elsewhere, MFarms has launched in Ghana. The new online produce-trading platform connects farmers and buyers, so rather than sell agricultural products too cheaply, the mobile and web-based system links farmers up with the agricultural value chain, giving better market data, including prices.

Other technologies, such as Ignitia – a scientifically accurate weather forecast system for the tropics (a notoriously difficult place to predict the weather) – are playing a role in helping farmers to reduce waste, boost yields and save money. Its roster of users includes Unilever, among others.

More and more companies recognise that engaging smallholder farmers more closely, to find out their pressure points and identify risks, is a sound strategy for ensuring security of supply for the longer term. What’s interesting is that technology, connectivity and innovation are now combining to develop new tools that can boost productivity and manage finances better.