Smallholder initiatives must recognise who feeds the future 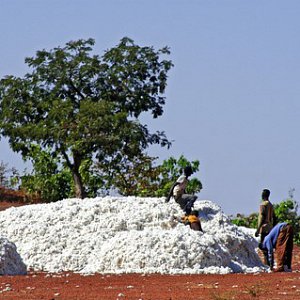 Smallholders are vital for development in poorer countries. For one thing, there are a lot of them. By one count, about 500 million farms, or 97% of the world’s total, are on ten hectares or fewer – though these only cover 24% of the total worldwide farmed area.

Helping smallholders towards greater productivity, and towards greater integration into markets, is of course, crucial in boosting security of the food supply in those countries where populations are rising most rapidly, and that are likely to suffer the worst effects of climate change. And it also ensures supply continuity for some of the world’s biggest brands who rely on their smallholder suppliers for basic agricultural commodities.

How to achieve impactful change at scale, though, has proved to be the tricky challenge.

Iron out the bumps

There are initiatives to make smallholders more resilient so that they can survive lean years. The R4 Rural Resilience Initiative from the World Food Programme, for example, enables smallholders in countries such as Ethiopia to receive crop insurance in exchange for their labour in climate adaptation schemes (such as projects to conserve water and soils). The pay-outs in bad years – 2015 was particularly difficult – mean farmers do not have to sell up and move to the city.

The overall aim is to increase the stability of smallholders so farmers can think more long-term and plan the expansion of their businesses. They can thus earn more and can more reliably provide food to local markets. And they can be more stable partners in the supply of some of the commodities that end up being purchased by western consumers, such as cocoa in chocolate bars.

Brands are increasingly realising that, for these reasons, they need to use their weight to boost the prospects of smallholders.

A good example is Cotton Made In Africa, an initiative to source, more sustainably, cotton from the approximately 3.4 million sub-Saharan African smallholders that grow it. Companies involved in the alliance of retailers and traders that commit to buying the cotton include Germany’s Baur, France’s Celio, Cargill and Singapore-headquartered Olam Group.

But efforts to help smallholders need to be scaled up. In a 2015 Olam Group Livelihood Charter, which sets out the company’s principles for working with smallholders, Chris Brett, Olam’s head of corporate responsibility and sustainability, notes that “infrastructure, poverty, health and financing challenges remain critical, and climate change has the potential to exacerbate the already fragile conditions of the most vulnerable farmers”.  In other words, much more needs to be done to build on programmes such as R4 and Cotton Made In Africa.
The United States might be leading the way. It has just passed the 2016 Global Food Security Act, the framework for US development assistance to farmers worldwide. In particular, the act formalises Feed the Future, an Obama administration programme dedicated to global smallholders. Under the act, $1bn will be provided in each of 2017 and 2018 for agricultural development and food security, including Feed the Future.

Development organisations have, in general, been positive about Feed the Future. Jim French, a senior advisor on agriculture with Oxfam America, says the US approach sets out guidelines and policies, but devolves implementation to the organisations that are closest to smallholders and can “fit projects to their needs, especially building capacity”. Project approvals also require, for example, analysis of the role of women farmers and checks on land rights.
Oxfam does have some concerns about Feed the Future, such as a focus on the smallholders that are easiest to work with – those that already have some capacity and market access – while the most marginalised are bypassed. However, the programme has put smallholders at the heart of US development policy and overall, says French, is “a real step in the right direction” that could be a model for similar initiatives.