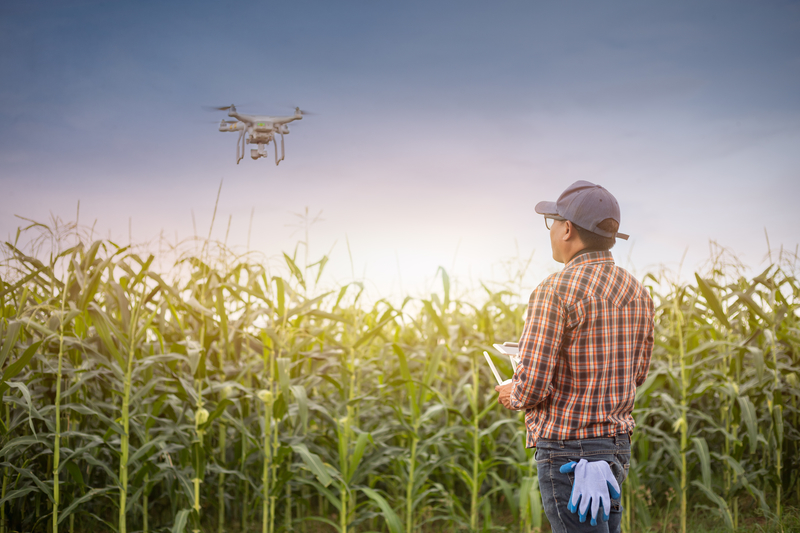 Use of hi-tech in agriculture has significant potential to deliver on yields and climate impacts, says Mike Scott

The image that many have of agriculture is of rolling fields, bucolic landscapes and farmers working in harmony with nature.

But it is as high-tech as any other industry and agtech is big business. In the past technology has caused a range of problems, including air and water pollution, compaction of the soil by farm equipment, over-fertilisation of the land, overuse of antibiotics, deforestation and a huge contribution to climate change.

But while there has long been a focus on what goes on above ground on farms, there is a growing focus on the soil itself, which is the biggest ecosystem on the planet and is crucial to the future health of farming and the people it feeds.

Speaking at the World Living Soils Forum in Provence recently, Philippe Schaus, chair and CEO of Moët Hennessy, said that about a third of the world’s soil is already depleted. He argues: “Soils are a very big actor in capturing carbon and they help to feed the planet, so protecting them is of paramount importance.”

And technology can now help to repair some of the damage that the industry has caused. Some of this is advanced digital and satellite technology while some of it involves harnessing ancient methods of farming to return the soil to health and reduce the use of inputs.

Every stage of crop production is being disrupted through the use of enabling technologies that range from smart sensors to predictive analytics and gene editing, which can create seeds that offer more nutrition, greater resilience and even improved flavour.

Big data, advanced analytics and artificial intelligence are providing farmers with better insight into where and when they should plant, irrigate and harvest.

Satellite imagery has been used to study land use since the 1970s but, until recently, what the pictures told was relatively limited. Now there are techniques to process the information, and satellite information is informing decisions on where to plant and helping to monitor the health of crops, predict yields and assess damage to crops. This data is backed up with information-gathering closer to the ground, from drones, cameras attached to farm equipment and sensors in the field –the “internet of things” likes to get out in the field as well.

This almost real-time information is being used in a host of ways, from traders being able to better predict yields 30 days in advance so they know how much storage space they will need, to insurers being able to assess crop damage more quickly so they can pay out to farmers more rapidly.

Add in weather data and farm records, and you have a machine learning platform that can tell dairy farmers the best field for their cows to be in and enable arable farmers to plant, irrigate and harvest at the optimal time.

And as climate change wreaks ever more havoc on agriculture, in some places, “agrivoltaics” or solar farming is becoming a thing – using solar panels to provide vital shade for crops or animals at the same time as generating power, in some of the regions hardest hit by climate change. The panels not only reduce temperatures but also save water, an increasingly precious resource, of course.

A number of companies have taken farming out of the field and into the lab, creating vertical farms that drastically cut the use of water, pesticides and land.

Alongside this, of course, as awareness has grown about the impacts of meat and dairy farming, as well as overfishing, the new sector of lab-grown meat and fish products, as well as a swathe of plant-based replacements for everything from milk to burgers, has hit the market.

At the same time, there is a different type of technological revolution going on, where farmers are returning to more traditional techniques and inputs, but with a modern twist. A company called Husk, for example, is making biochar from rice husks in Cambodia, a fertiliser product that removes CO2 from the atmosphere as well as making soil healthier, retaining water and increasing yields, as well as preventing emissions from the rice husks.

A growing number of farmers, encouraged often by their big ag customers, are turning to regenerative agriculture techniques – such as not ploughing fields and planting cover crops – and agroforestry, growing trees alongside crops to help reduce soil erosion and run-off, as well as pests, and increasing biodiversity.

When it comes to agtech, sometimes it takes a satellite, and sometimes it’s just about the soil.