UK corporate country reporting – kicked on down the road 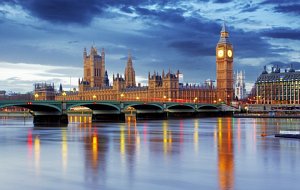 The new UK government may not introduce country-by-country financial reporting, but might clean companies actually benefit from more voluntary exposure?

The UK approach to country-by-country reporting is based on work done within the Organisation for Economic Cooperation and Development, which published guidelines in 2014.

Country-by-country reporting is intended to help individual governments judge if they are receiving a fair tax slice from the profits multinationals make in their jurisdictions, but there is also an intention that governments should share information. The OECD must develop guidance on how this should be done before the UK can fully implement the rule.

Country-by-country reporting is therefore still a work in progress, and one that the major political parties referred to in their election manifestos. There was a clear dividing line between them.

The opposition Labour party said that they would require companies to publicly disclose their country-by-country reports. But the, ultimately victorious, Conservative party said only that it would “consider the case for making this information publicly available on a multilateral basis” – in other words, if other countries also agree to a public disclosure rule.
Onto the back burner
The surprise Conservative victory in the election is likely to result in the public disclosure issue being kicked into the long grass. The Conservative government is likely to take the view that country-by-country reporting is a valuable tool for tax authorities, but any public disclosure requirement would represent an unnecessary burden on business.

A paper issued by the UK tax authorities in December 2014 showed that country-by-country reporting would affect “approximately 1400 UK-headed multinational groups”, but that the government expects relatively limited extra revenues as a result.
The “Exchequer impact” in tax coming in will rise to £15m in 2019-2020 – or a mere £10,715 on average for each of those 1400 UK companies. These numbers suggest that the government expects to turn up relatively little evidence of unjustifiable profit-shifting.
The likely pull-back from public disclosure of country-by-country information will disappoint campaign groups.

The Tax Justice Network says that public disclosure is needed so that citizens of countries can make their own judgements about whether corporations are paying fair levels of tax – and whether tax authorities are applying the right degree of pressure.
Tax risks
For sustainable investors meanwhile, aggressive corporate tax planning is increasingly seen as a risk.
Sustainability investors RobecoSAM, who work on the Dow Jones Sustainability Indexes, recently introduced tax strategy criteria into their corporate sustainability assessments.
They argued that companies that shift profits around face reputational risks and might have poor relationships with the countries where they try to minimise their taxes, leading to “approval delays or the rejection of projects, for instance, or in the worst case, companies risk losing their license to operate”.
All this evidence begs a question of multinationals that have so far not reported their tax arrangements on a country-by-country basis.
If the UK government, which is considering introducing a rule, expects to find little bad behaviour, and if there are risks to non-disclosure in the eyes of investors, why would companies not consider voluntary country-by-country disclosure?
Why indeed.