When do you sue an NGO? 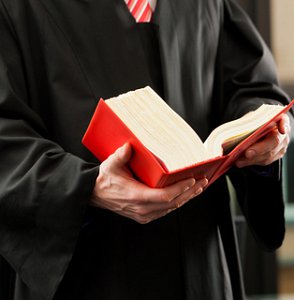 How will IOI's actions be judged?

The hot dispute between Malaysian palm oil business IOI Group and certification body the Roundtable on Sustainable Palm Oil (RSPO) rumbles on, with the former filing a lawsuit against the latter for suspending its sustainability certification over alleged environmental transgressions.
It’s been a bumpy ride. In March, the RSPO acted upon allegations that three of IOI’s subsidiaries in Ketapang, Indonesia, had cleared rainforest without proper government permits, operated on carbon-rich peat soil and used fire to clear land cheaply – thus breaking the conditions of its RSPO certification. IOI was then suspended from the association.
As a result, IOI lost key customers including Unilever, Kellogg and Nestlé who very quickly and understandably cut ties with the supplier who could no longer sell certified sustainable palm oil.

The lawsuit brought by IOI means things are about to get ugly.

Describing the decision to start legal proceedings as a “difficult and painful one”, the IOI Group CEO Lee Yeow Chor says he believes his business has been unfairly treated by the organisation it originally helped to set up back in 2004. He says the penalty should only apply to IOI’s plantations and that its refineries should be free to continue selling certified palm oil to avoid disrupting its commitments to customers.

This latest development poses a raft of questions and a cloudy air of uncertainty for corporate-NGO relationships now and in the future.

Clearly, the suspension has hurt IOI badly. Losing big customers is every CEO’s worst nightmare, especially in such a brutally competitive market. But whether it wins or loses its legal case against the RSPO, the damage is, to a large extent, already done.

Winning those key customers back will not be easy following this relationship breakdown. Rebuilding trust will inevitably take some time.

Coming down hard on members that breach standards and ignore the criteria set out by RSPO certification is the whole point. Without the punishment and suspensions, and eventual consequences of ripped-up customer contracts, lost sales and damaged reputations, the established mechanism for building out a sustainable palm oil sector – whether we agree it has been effective or not – completely falls apart.

The RSPO, long criticised for failing to enforce its standards over the last ten years, has finally shown its teeth. If it pays a hefty price for doing so, it might as well have its gnashers removed forever and shut up shop.

Of course, at the heart of this story – which has implications not only for palm oil, but every other sector that has chosen certification as a route to sustainability – are the smallholder farmers who will no doubt feel the effects of losing customers more than most.

Engaging communities at a farm level to give training and to explain what “good” (or even “better”) looks like is more important than ever. Crucial too is the need to truly understand the social, economic and environmental pressures facing those running concessions in regions like Ketapang, and what help they need to avoid breaches of standards and best practice in the future.

To make that engagement effective, a strong, transparent and open corporate-NGO relationship is fundamental to success. If you’re a company building your business on certified sustainable products – whether or not certification is in itself ultimately the final solution – destroy that relationship at your peril.